Microsoft reboots 'Age of Empires' for a new era

Fans of the historical strategy game have been eagerly awaiting the release of 'Age of Empires' IV for PC, which returns to the medieval era 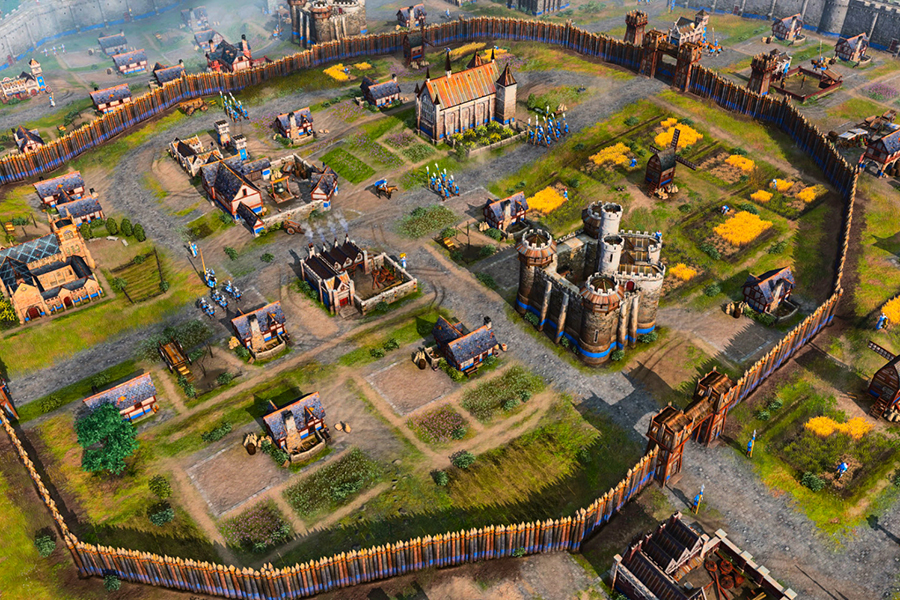 After 16 years in hibernation, landmark game series Age of Empires is back—but publisher Microsoft faces an uphill battle to conquer a new generation of players.

Fans of the historical strategy game have been eagerly awaiting Thursday's release of Age of Empires IV for PC, which returns to the medieval era.

The game's developers said the setting was a no-brainer given the enduring popularity of the second game in the series, which similarly transported players to the time of Genghis Khan and Joan of Arc.

"It felt like the perfect place to start a new Age of Empires platform just because of the number of stories," said Quinn Duffy, who led the game's development at Vancouver-based studio Relic Entertainment.

As with the previous games, players start with a handful of villagers and can build up entire civilisations complete with fortresses and huge armies.

The graphics have had an update for the 2020s, with sweeping cinematic landscapes—although some fans have complained that they still look a little cartoonish.

For many players, the overwhelming appeal of Age of Empires—aside from its addictiveness and intensely competitive nature—is that it's nostalgic.

"I think many AoE players, myself included, played the game as children, forgot about it, and then were flooded with positive memories upon discovering the remakes," said Ellie4K, a Vienna-based player who broadcasts her games on streaming platform Twitch.

Released in 1997, the first Age of Empires was an immediate hit at a time when "real-time strategy" (RTS) games were first allowing players to do battle simultaneously.

In earlier games like Civilization, which inspired Age of Empires, players took turns to make their moves.

Age of Empires made a fortune for Ensemble, the Texas-based studio that developed it, and the company was snapped up in 2001 by Microsoft.

But the games were mostly only playable on PCs, and the franchise's developers became stuck in this niche at a time when the world of video games was evolving towards consoles.

But whereas World of Warcraft studio Blizzard successfully transformed their fantasy battle game into an online role-playing world shared by millions, Age of Empires' developers "did not succeed in the transition towards massively multiplayer games".

In 2009 Ensemble released "Halo Wars", another success for Microsoft—and playable this time on a games console—but the studio closed soon after.

Online and mobile versions of Age of Empires, meanwhile, largely failed to take off.

Microsoft relaunched "definitive" versions of the games in 2018 with more modern graphics.

The second instalment in particular has enjoyed a huge resurgence during the pandemic, as millions of players rediscovered a childhood favourite while stuck at home.

The game regularly has more than 20,000 simultaneous players on online platform Steam, while Red Bull organised a vast international tournament with prizes worth tens of thousands of dollars.

So beloved is Age of Empires II, in fact, that some fans are wondering how the new game could possibly compete.

Veteran players suggest the new edition could be a good introduction to the series for beginners, but that it may struggle to grow a mass following.

LikaKor, a professional streamer who helped test the latest game during its development, said some of its features still needed ironing out.

"There is a lot of polishing to be done on the game," he told AFP. Still, he believes, it has "enormous potential".

Tweets by @forbesindia
Batting with MS Dhoni was a dream debut for me: Rishabh Pant
Setting up a table of festivities