Esports: The 2021 'League of Legends World Championship' kicks off in Iceland

League of Legends is a MOBA video game that combines precision, speed of execution and real-time strategy 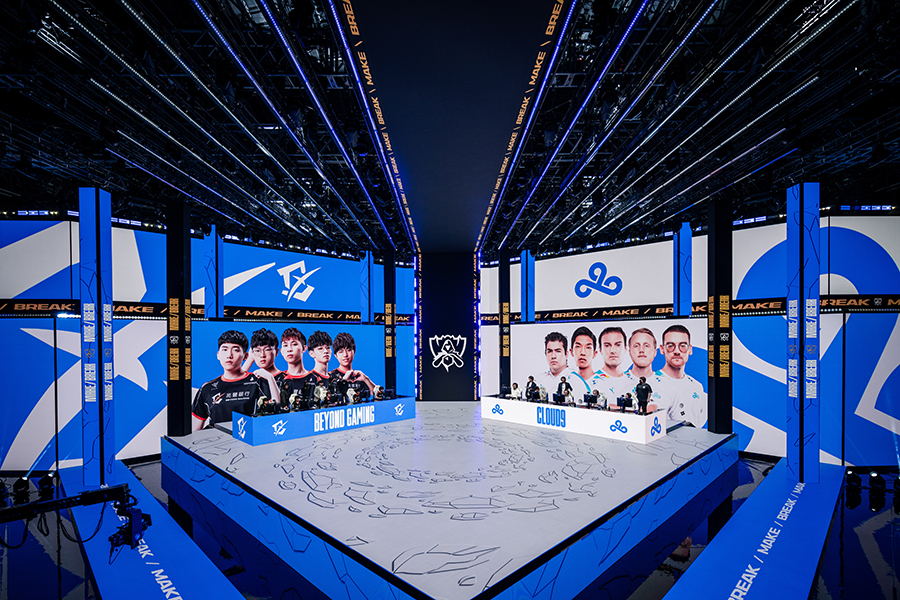 Tuesday, October 5 saw the start of the 11th "League of Legends" video games world championship—one of the leading competitions in the field of e-sports. Indeed, the 2020 event final drew some 45 million viewers outside of China. Needless to say, the championship is a big deal for gamers, and the event has gained almost legendary status for players in this Multiplayer Online Battle Arena (MOBA) game.

The "League of Legends World Championship"—or "Worlds"—kicked off October 5. For all esports fans, the competition is one of the top events in the field. This year it is being held in Iceland.

League of Legends is a MOBA video game that combines precision, speed of execution and real-time strategy. It also requires adaptability, because with over 157 unique characters, or champions, all with different abilities, the possibilities in a game are almost endless. But enough about the technical side of this game, it's the stats that will give us a better idea of the scope of the phenomenon.

The last "LoL World Championship" took place in Shanghai, China, in October 2020. Held during the pandemic, amid China's zero-covid strategy, it was the only event of international scope to be accepted by the authorities.

Unfortunately, few tickets were available due to the health restrictions in place, with just 6,312 seats available in a brand-new stadium, the SAIC Motor Pudong Arena. Still, this figure means nothing if not compared to the demand. Well, it turns out that a little more than 3.2 million people registered to get a ticket!

Over a billion hours watched during the competition

Of the last 10 editions, nine have been won by Chinese or Korean teams, although there are eight regions, including teams from Latin America, South Asia, Oceania and Russia. Only the first edition saw a European winner, with the Fnatic team taking the title in 2011, and the team is still competing in 2021. Broadcast in 16 languages and across 21 platforms, the final attracted some 45 million viewers outside of China. The Chinese audience is particularly difficult to quantify, but in 2018, it was close to 100 million viewers. It is easy to imagine that these numbers have increased, as they do every year. In the 38 qualifying matches of the 2020 World Championship, fans watched 160.92 million hours of play, which is 61.76% more than in 2019. Including the finals, that's over a billion hours devoured by viewers around the world.

League of Legends is also supported by a plethora of global brands, including Spotify, Mercedes-Benz, Louis Vuitton, Red Bull, Mastercard, State Farm and Bose. The event provides a unique opportunity for brands to showcase themselves to gamers around the world and create a bond of trust between spectators and their products. In short, the selected brands are as excited about the partnership as the game's publisher, Riot Games.

To continue to develop its "League of Legends" universe, Riot Games is also launching an animated series called "Arcane" landing on Netflix November 6—the day of the World Championship finals. And there is no doubt that it will go down a storm, as the "LoL" fan community is highly active and particularly appreciative of the cinematics offered by the publisher since the very beginning of the game. The technical teams are often praised by the community for their work.
If you fancy checking out the action for yourself, tune into the Riot Games Twitch channel, the League of Legends esports YouTube channel, or lolesports.com

Tweets by @forbesindia
Photo of the day: Flowers for festival
Brands can boost their own reputations and sales by praising rivals