Brands can boost their own reputations and sales by praising rivals 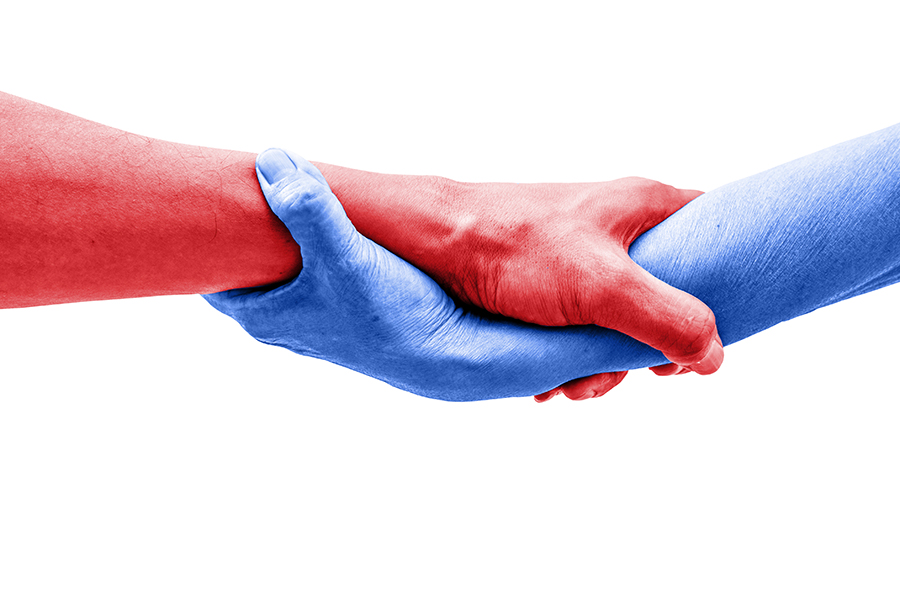 The most skeptical consumers in the experiments were likely to have the biggest positive response to brands that tipped their hats to a competitor, the researchers found.
Image: Shutterstock

Whether they’re beefing on billboards or sparring on social media, big brands are known for taking jabs at their competitors (see the famous “Get a Mac” ads or “the chicken sandwich wars”).

What consumer brands typically do not do is compliment those rivals – they wouldn’t want to grant an adversary free publicity, said Keisha Cutright, a marketing professor at Duke University’s Fuqua School of Business. But new research from Cutright published in the Journal of Marketing suggests a little goodwill can pay off.

Nearly a dozen experiments with almost 4,000 people show that a brand that compliments a competitor ends up boosting its own reputation and sales.

“You don’t want to spend your media dollars talking about the competition, but there are times when it makes sense to say something nice, and at the same time, signal who you are as a brand,” Cutright said. “That message is that they’re a warm, caring brand that you can trust, which implies they’re also going to be considerate and warm to their customers.”

To researchers’ surprise, this tactic appears most effective on the most skeptical consumers, they noted in “Befriending the Enemy: The Effects of Observing Brand-to-Brand Praise on Consumer Evaluations and Choices.” Cutright co-authored the paper with Lingrui Zhou and Katherine Du, both of whom worked on the research while earning Fuqua doctorate degrees.


In one experiment, the researchers showed a group of consumers a fictitious Tweet from Kit Kat praising Twix: “Competitor or not, congrats on your 54 years in business! Even we can admit – Twix are delicious.”

After 11 days, the researchers asked the consumers who saw the fake Tweet to report any candy purchases. People who saw the public message from Kit Kat praising Twix were 34% more likely to buy a Kit Kat compared to a control group that saw a Tweet from Kit Kat about its own product. Importantly, the authors noted, Twix sales didn’t increase, even after Kit Kat praised the candy as delectable.

The positive effects on reputation and sales were more significant for organizations that are not traditionally seen as “warm and fuzzy,” such as for-profit companies, compared to companies that seem intrinsically caring, such as non-profits.

In a surprising turn, the most skeptical consumers in the experiments were likely to have the biggest positive response to brands that tipped their hats to a competitor, the researchers found.

“Seeing a brand take a risk like this seems to break the ice with consumers who are least trusting of companies’ intentions,” Cutright said.

But praising a competitor will be most effective when done strategically and at the right moment – authenticity is key, she said.

“If you are constantly talking about the competition, people may not see it as sincere,” Cutright said. “This isn’t something brands need to do all the time, but it’s something they shouldn’t be afraid to do occasionally to help boost perceptions of their warmth and trustworthiness.”