The founder of Byju's, India's most-valued startup after Paytm, insists his competition is not with other edtech players but with the education system 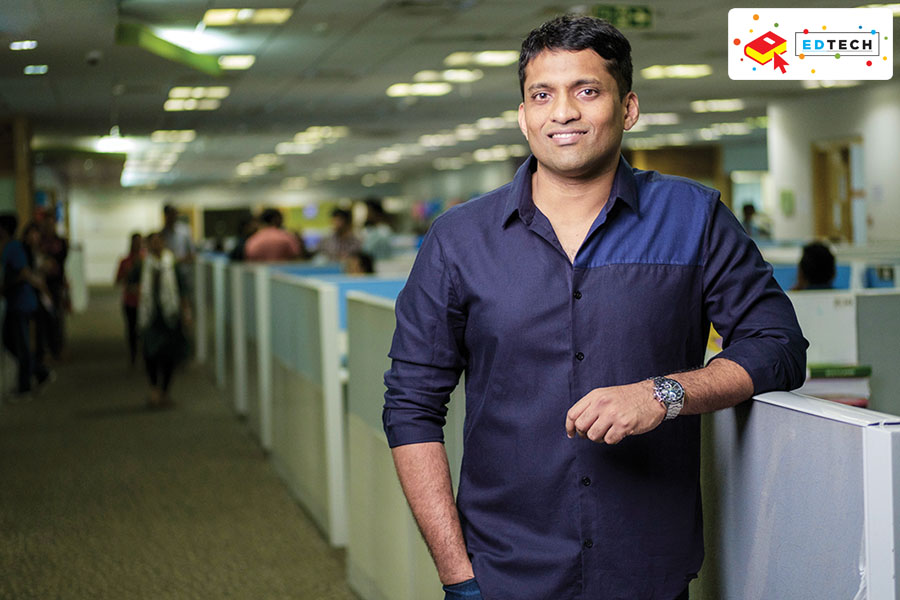 
Byju Raveendran, founder of Byju’s, the second-most valued startup in India after Paytm, insists that it is not fighting with others in the edtech segment. “In sectors like ours, most of the time, competition is with the system,” he says. “And this system is the mindset.” Byju’s, he underlines, has been able to create a small but fast growing segment of students who learn on their own. “This form of learning is not what most of the kids are used to. So that’s the real competition,” he tells Forbes India. Edited excerpts from an interview:

ON BUYING AAKASH AND RE-ENTERING OFFLINE
From a segment perspective, we are refocusing and making a re-entry into test prep with a new blended model. It’s not going back. We will bring the best of both online and offline. Once everything reopens for after-school tutoring, mainly for test prep, there are things which can be done much better online and things which can only be done offline. And that model is what will scale. Today the willingness to accept online learning as a more mainstream format is greater.

ON POWER OF ONLINE INTERACTION
Some people say in an online interaction you can’t feel the passion, but I don’t agree because we have done a lot more in the last 10 months by doing things online. We’ve done more acquisitions than before.


ON COMPETITION
We have products for four- to 17-year-olds. And the test prep space is for two- or three-year-olds. If you look at the big tech companies in the US, they all collaborate, they all compete in certain areas. Healthy competition is always good because that’s what drives innovation.

ON SMALL TOWNS AND ASPIRATIONS
Students coming from small towns are hungry to learn. I come from a small village and went to a government school which was not English medium. The aspiration and the hunger to learn are high among students who come from such backgrounds. In smaller towns, we are giving students an opportunity, which they didn’t have. Today, Aakash has 200-plus locations. By taking it to 400 to 500 towns, we are making sure that students have access, and not just convenience.

ON MONETISATION
We monetise a certain top percentage of students, those who go to an English-medium school and private schools. That’s our main audience for monetising. Over the last 12 months, we have accelerated and launched our products in almost all the regional languages. We are not monetising that segment.