The Maheshwari brothers have nurtured a Rs1,600 crore coaching empire out of Kota. Now the second gen has global sights for Allen Career Institute 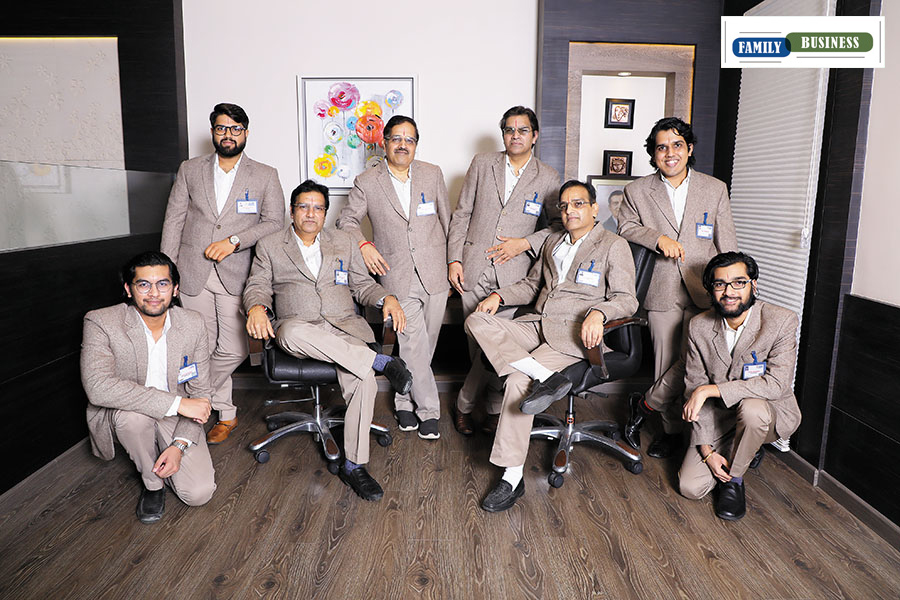 Govind Maheshwari vividly remembers that fateful night in 2008. At around 12.30 am, the medical teaching faculty at Allen Career Institute, comprising six members, resigned en masse, and informed the four Maheshwari brothers. The incident, the first case of Allen’s teachers being poached by a rival institute, had the potential to hurt the coaching institute, which was started in 1988 by the eldest brother Rajesh with eight students. Reason: The medical coaching stream was the biggest for Allen. Total revenue in 2008 stood at ₹82 crore, and over 12,000 students were enrolled across four study centres in Kota, Rajasthan.

Worse was to follow. Students refused to take class by new teachers. No amount of persuasion worked. In teaching, an institute gets its name by the faculty, and Allen had the best minds in Kota. The brothers—Rajesh, Govind, Naveen and Brajesh—were in a fix. There was only one option. The four brothers picked up the chalk, and decided to take classes. “Our biggest strength is our unity and understanding,” says Govind, the eldest brother who looks after the financial operations of the company. Brajesh chips in. “It’s a team, and it has always been a team,” says the director of academics, and the second one to join Rajesh in the family business. What could have easily been the second major crisis for offline-heavy Allen—the March lockdown and closing of schools and colleges and coaching centres—didn’t turn out that way. Reason: The second generation had been modernising the business, giving it a tech makeover. In April, 80,000 students enrolled for offline classes were shifted to online. Over the next two months, 20,000 more went online. For a three-decade-old coaching institute, with an almost negligible presence in offering online classes till last year, the shift was nothing short of astonishing.

What has been equally incredible is the pace of growth after the first two decades. What started with only one centre, one subject (maths), and eight students, and a few thousands in revenue in the first year has now spawned into a massive business empire worth ₹1,600 crore, making the Maheshwaris the biggest in Kota. From 2,800 students in 1998-99, and operating one centre, Allen had moved to 12,300 students by 2008-09 with four centres in Kota. With the second generation entering the business—Aviral, Anand and Keshav, to begin with. from 2014 onwards—Allen shifted gears. In 2018-19, it had 1.56 lakh students, and the footprint had expanded across 18 cities in six states and over 100 study centres. The numbers kept swelling. By March 2020, Allen had 2 lakh students in classroom coaching, and over 1.5 lakh in long-distance programmes. “There is massive headroom for growth,” says Keshav, who joined the family business last year and looks after business development and overseas projects. Expanding overseas is the next big project for the Maheshwaris. Already present in Saudi Arabia, Oman, Kuwait, Bahrain, and Qatar, Allen is exploring new geographies. The move to explore foreign markets as well as expand across the country, though, was not easy, Keshav explains. Over two years back, there was a lot of buzz among the family members to take Allen to 2.0, which meant achieving a target of having 2 lakh students. What was also missing was a global plan. “It was high time for us to take that plunge and explore new markets,” he adds. Keshav’s stint in Dubai, from where he completed his college, came as a blessing. Having a good sense about the know-how of the market, an understanding of the psyche of a multi-ethnic population and Indians living overseas helped. “This led us to expand to six Gulf countries,” he says. What also helped a lot is the foundation that his father and uncles built painstakingly. Govind recounts how difficult it was to expand business in the 90s and early 2000s. The coaching business, he lets on, is all about performance and the relationship that teachers have with students. “It’s all word-of-mouth,” he says, alluding to the fact that advertising and marketing didn’t make sense because students didn’t find it credible. “Performance speaks and is the biggest endorsement,” he says. Getting students was not the only challenge; looking for a bigger space to accommodate them was equally daunting. In 1995, he recalls, the first expansion happened when the brothers sold their only family car (Maruti 800), and pooled in their savings for a new building. Another big initial challenge was to stop the flow of students going out of Kota for coaching. As Allen started to show results in medical and engineering examinations, students stopped leaving Kota. “Now, Kota is the hub of medical and engineering coaching in India,” he adds. Whatever Allen has achieved so far, he points out, is without any debt or venture capital. Allen, reckon venture capitalists, is among the first ones in India to make coaching an organised industry. In the 80s, coaching (then known as tuition) was more of a mom-and-pop kind of operation, with individual teachers running their classes from their respective homes. Allen changed that. “It was very tough to scale during those days,” says Anil Joshi, founder of Unicorn India Ventures. What made the business difficult was the prevalence of a widespread cottage industry, where a teacher commanded a following on the basis of her reputation. “Allen has churned out excellent numbers over the last three decades,” he says. The fact that they survived, thrived and flourished tells you the story of how smartly they have managed the traditional brick-and-mortar business. But what has worked in the past, he adds, may not be of much help in the future. 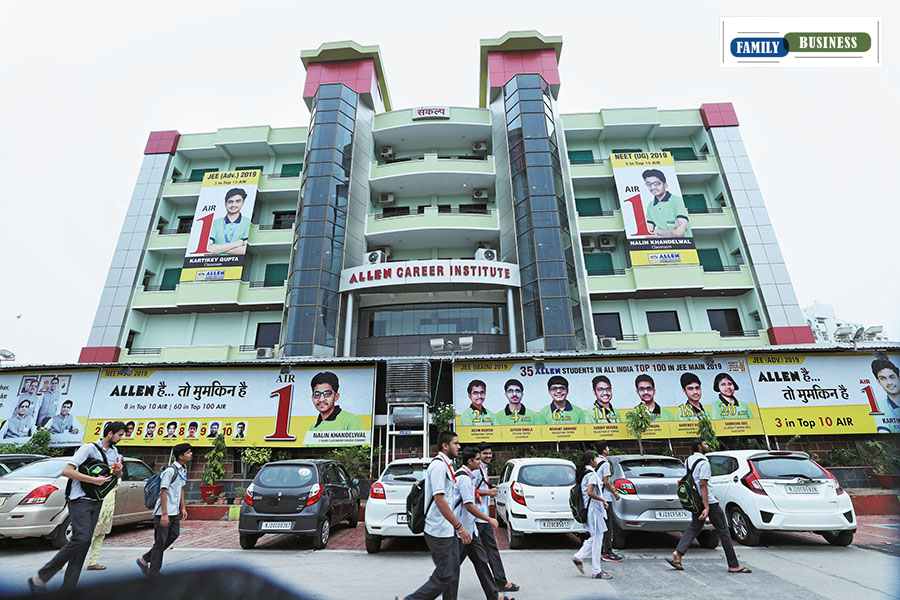 From Kota, Rajasthan, the Allen Career Institute has expanded to 18 cities in six states

The challenge for Allen is daunting. The biggest, Joshi underlines, is to compete against the new age of online edtech players. The pandemic has pushed students to online across the country. The lure of offline is fast ending, and edtech is now all about moving early. “Byju’s and others already have a massive headstart in this world,” he says. Govind, for his part, believes that there is no substitute for classroom coaching. Allen, he underlines, has added layers of technology to its operations over the last few years. “The future is indeed bright and promising,” he says.