Research pinpoints the role of personality in sharing of 'fake news' 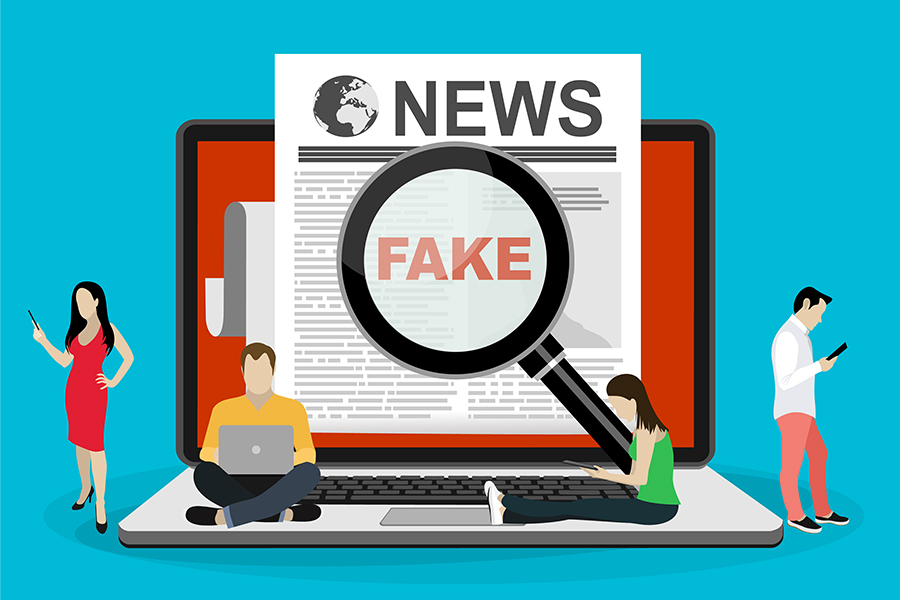 Although warning labels on content have proven to dissuade many people from sharing so-called “fake news,” that's not true for all
Image: Shutterstock

From rumored vaccine risks to the fatal misuse of ivermectin, misinformation has posed significant obstacles in the battle against Covid-19.

Although warning labels on content have proven to dissuade many people from sharing so-called “fake news,” that's not true for all. New research from Duke University’s Fuqua School of Business identifies a specific personality type that is not only more likely to share misinformation, and is not deterred from sharing it even after being warned it might be false.

The study, published in the Journal of Experimental Psychology: General, showed participants with liberal and conservative political beliefs both shared erroneous news stories to a certain degree. But conservatives who also scored low on conscientiousness engaged in such behavior to a greater extent – they were more likely than liberals or more conscientious conservatives to share misleading information, the research found.

Conscientiousness refers to a person’s propensity to be diligent, reliable, dutiful, cautious, control their impulses and follow social norms, said Hemant Kakkar, senior author of the paper “Of Pandemics, Politics, and Personality: The Role of Conscientiousness and Political Ideology in Sharing of Fake News.”

The goal of the research is to provide deeper understanding and much-needed nuance in light of more than a dozen studies since 2018 that have concluded that, in general, conservatives are more likely than liberals to believe and share misinformation, Kakkar said.

“Political polarization is very high right now, so the existing research presents a problematic generalization,” said Kakkar, whose research focuses on management and organizations. “If we paint every conservative with the same broad brush, we’re just furthering political polarization. In this research, we argue that the effects are much more nuanced and limited to a small subset of people with conservative values.”

Across eight studies with more than 4,600 participants, Kakkar and co-author Asher Lawson, a Fuqua Ph.D. student, explored numerous factors that might lead people to share misinformation, even after being warned it might be false. The research showed conscientiousness plays a significant role.

Conscientiousness is one of five traits that comprise personality, according to the widely cited “Big Five” theory in psychology originating in the 1980s. The Big Five has been used to investigate topics from how people function in work teams to a person’s susceptibility to Alzheimer’s Disease. To determine conscientiousness, participants completed a 60-item questionnaire that measured this trait on a seven-point scale.

To the researchers’ surprise, the data showed those conservatives who shared misinformation did so regardless of how much time they spent on social media, whether they supported the ideas in the falsified story, or even because they were trying to align their support with a particular political figure, Kakkar said. The analysis found participants who shared erroneous reports were driven by a desire to create chaos, he said.

“We were shocked to see this had nothing to do even with a distrust for mainstream media,” Kakkar said. “It had more to do with their dissatisfaction with current political and social institutions, and a desire to break those down in favor of anarchy."

"Unfortunately, this desire is not assuaged even when the participant saw a warning that the story they were sharing may be false. So one critical question for the future is if there’s anything that can help reduce this behavior, maybe by addressing these individuals’ desire for chaos.”

“Conscientiousness appears to be a truly important factor determining the relationship between a person’s political ideology and whether they share disinformation,” Lawson said. “That behavior almost completely disappeared in people with higher levels of conscientiousness.”