The social media platform's role is under scrutiny after it reportedly refused to enforce community guidelines for a BJP leader's hate speech post. Its journey in India has been fraught with similar issues over the years 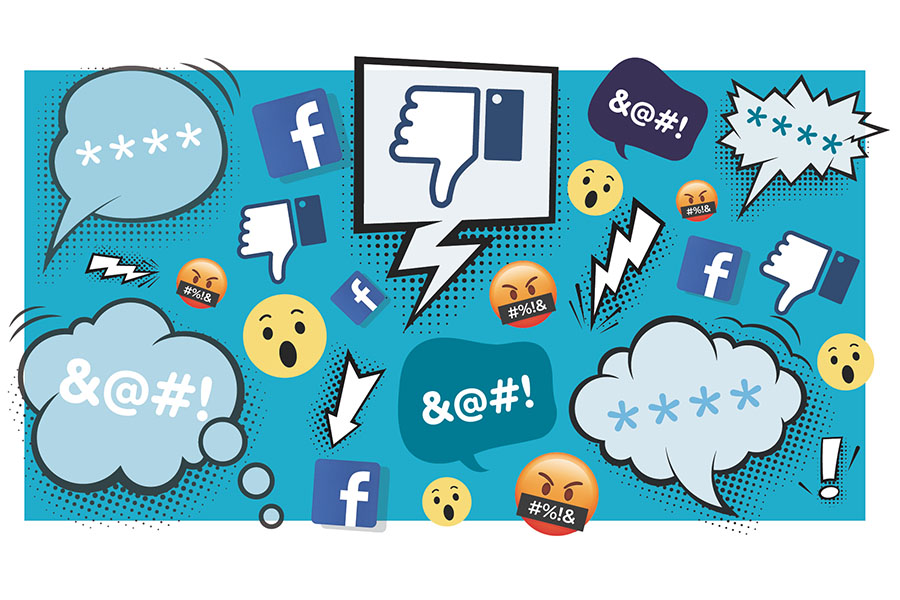 On September 2, Facebook representatives will appear before a Parliamentary Standing Committee on Information Technology, led by Congress MP Shashi Tharoor, over a hate speech row. An article in The Wall Street Journal claims that the social media giant didn’t enforce restrictions on hate speech on a communal post by T Raja Singh, a member of the BJP, allegedly to prevent falling out of favour with the ruling party. Founder Mark Zuckerberg said, in a 2019 address at Georgetown University, that in times of social turmoil, "our impulse is often to pull back on free expression. We want the progress that comes from free expression, but not the tension... Pulling back on free expression wasn’t the answer and, in fact, it often ended up hurting the minority views we seek to protect."

Even so, Facebook’s journey in India, its biggest market by far with 290 million users, has been fraught among activists for a while. In 2015, its Free Basics programme met with protests for violating net neutrality, since it would extend special benefits to certain websites. A spate of lynchings following rumours spread via WhatsApp began in 2017 in India’s hinterlands; as recently as April 2020, a vigilante mob lynched two priests and their driver in Maharashtra’s Palghar district over WhatsApp rumours. While Facebook has introduced fact checking and India-specific features for WhatsApp, including restrictions on how many times a message can be forwarded, they have yet to display their effectiveness, and Facebook’s role as a gatekeeper—a debate that’s currently of special relevance in the upcoming US elections—becomes vital to define. “The Election Commission came out with a voluntary code of conduct after the 2019 elections in India, and as we can see, it has not worked well,” says lawyer Apar Gupta, executive director of the Internet Freedom Foundation. “Facebook also has its own election integrity rules to prevent abuse of the platform. But we have no clear idea of how Facebook is enforcing its rules—there’s a lack of transparency as well as a lack of regulatory oversight. This is troubling because voters today make decisions based on what they read online.” There have been connections documented between hate speech and elections in India, he adds, specifically how when you vilify hate speech, it leads to a consolidation of religious and casteist identities, and thereby enables political advantages. “We need a deep dive into every platform, not just Facebook. Governments, citizens and platforms need to work together to address this,” says Pooja Jauhari, CEO of The Glitch, a creative agency that deals with social media branding and advertising. “There are going to always be people on every side of the dialogue, but the basics of hate, racism and violence needs to be eliminated. So many people on the internet are impressionable.” Gupta says there’s a need for a substantial re-look at the fundamental architecture of these platforms and their economic basis too. “All of the issues, even the threat to democracy, is essentially a symptom of this,” he adds. “It’s a toxic industry in a way, because there’s only one business model: Advertising,” adds Mishi Choudhary, lawyer and civil liberties activist in technology. “It has to be targeted, and people’s behaviour patterns must be collected. The more outrage on the platform, the more shares there will be, and the more data the machine can collect about you.” The main issue is what Choudhary refers to as the business model of ‘surveillance capitalism’. In general, she adds, the law is a necessary first step to counter this, but entirely inadequate to solve a lot of problems. “Technology is two steps ahead of the government, and the law, two steps behind,” she says. “So, in the past decade, we’ve seen a lot of self-regulation. Law is part of the framework we need to build, and we also must be very careful about reining in the power of these companies. A variety of steps have to be taken, not just for data protection, but people protection too, as people are being surveilled—and to also make sure governments don’t use the law as tools for political censorship.” The underlying sense, Gupta sums up, is that people find that their interactions online have stopped having that element of joy. “All the platforms are making fundamental technical choices that come from their economic incentives, making sure more people use it for the most amount of time possible, on the basis of which they gather more and more of our personal data, and profile us,” he says. On August 21, Facebook India vice president and managing director, Ajit Mohan, issued a statement, which said, 'We’ve made progress on tackling hate speech on our platform, but we need to do more'. "We have removed and will continue to remove content posted by public figures in India when it violates our Community Standards," the statement added. "Still, we know this work is never over, which is why we will continue to invest in our efforts to combat hate speech on our services. We welcome the opportunity to engage with all parties—political or otherwise—who want to understand our content policies and enforcement more."