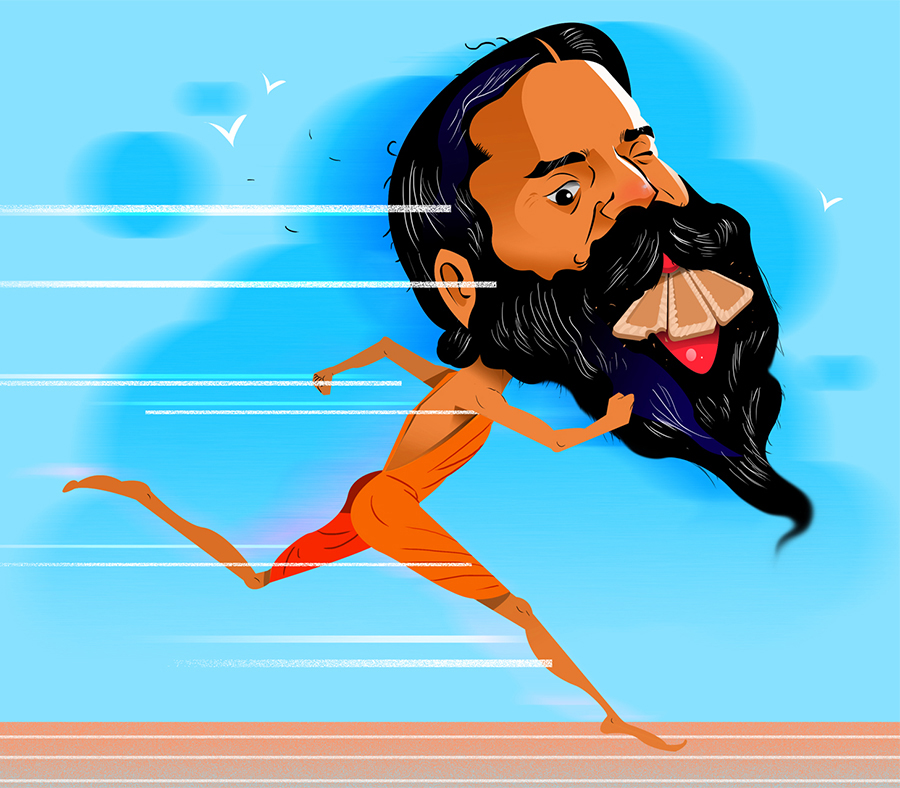 Taller, stronger, sharper: Horlicks, introduced in India in the 1930s, stands taller than its rivals Bournvita and Complan, dominating the malt-based beverages segment with a staggering 43% market share. The brand is stronger than its competitors by miles; with a claim to improve attention and concentration among kids, Horlicks also has a sharper positioning vis-a-vis any other in the category.

Horlicks—now an HUL brand, after the FMCG major completed a merger with GSK Consumer Healthcare early this year—sought to replicate this success with biscuits. And it did. For the March-ended fiscal 2017-18, Horlicks biscuits, with 14.3% value market share, was the second biggest in India in the milk biscuits category. With a brand positioning of biscuits containing protein, calcium and Vitamin D equivalent to two cups of Horlicks, the brand posted healthy numbers and clocked a sales value of Rs 207 crore, according to industry officials citing Nielsen data.

During the same period, Patanjali stood at less than half the size with a 6.7% value market share for doodh (milk) biscuits. Patanjali Doodh had posted value sales of Rs 97 crore; the market for milk biscuits was worth Rs 1,450 crore, and Britannia’s Milk Bikis topped the chart with 50% value market share.

Cut to the March-ended fiscal 2019-20. One thing remained constant, and three things changed. Let’s start with what hasn’t changed. Milk Bikis is still the market leader, though its value share is now a tad lower at 48.9%.

Here’s what changed. The market for the milk biscuit has grown to Rs 1,800 crore. Next, Horlicks biscuits has been dunked, to 11.5% value market share. Patanjali Doodh is now the second biggest milk biscuit brand with 13.6% market share, and Rs 249 crore in sales value, according to the Nielsen data quoted by industry executives and FMCG analysts. In three years, Patanjali Doodh has become much taller, stronger and sharper.

What has enabled Patanjali’s big bite of the category, reckon brand experts, is a slew of factors. The biggest factor is that biscuits, especially glucose and milk ones, are not perceived or consumed for nutrients. Glucose and milk biscuits, says N Chandramouli, are largely just a substitute for hunger. “They are cheap hunger substitutes even for adults,” says the chief executive officer of Mumbai-based marketing and branding agency TRA Research.

In terms of positioning by Patanjali, the Doodh biscuits focused on three things: First, and the most important, was riding on the value of cow milk; second was to convey that biscuits were made 100% with wheat; and third was mentioning its claim on packaging in bold fonts that biscuits didn’t have cholesterol or transfat.

“This worked brilliantly,” says Chandramouli. “Big brands are not elastic to be able to replicate one category’s success in another. They are plastic,” he says. “Horlicks and Bournvita are still perceived as milk additives. They don’t evoke the imagery of the biscuits.”

Another big move by the company was cutting down its TV spends substantially. It was turning out to be the law of diminishing marginal utility for them, he adds.

Apart from positioning, what also immensely helped Patanjali—its overall biscuit value share jumped from Rs 284 crore in the 2017-18 fiscal to Rs 442 crore in 2019-20—was going back to the basics. Over the last few years, Patanjali had spread itself thin, entering as many categories as possible. “They chased width, which is never sustainable,” says Harish Bijoor, who runs an eponymous brand consulting firm. Now the company has taken a ‘depth’ approach, chasing substantial share in some categories versus marginal presence in all categories.

“Patanjali is reaping rewards in categories such as ghee, honey, toothpaste, Chyawanprash and biscuits,” Bijoor says. Retailers played a big role in taking up the cudgels against big brands that have always bugged them for margins.

The challenge for Patanjali is to now stay on course with a focused strategy. Its success in biscuits doesn’t guarantee similar gains in malt-based beverages, where it has been pushing its variant, Powervita. The big boys—Horlicks and Bournvita—are deeply entrenched here, and the climb will be harder. Graphic: Sameer Pawar

Tweets by @forbesindia
California burning: Is the worst of climate change here?
Style Influencer Lucas Castellani Has Built a Community of over 1 Million Followers