After surviving a freaky Patanjali storm and making steady progress despite strong headwinds over the last year or so, Dabur is getting ready for its next leap of growth 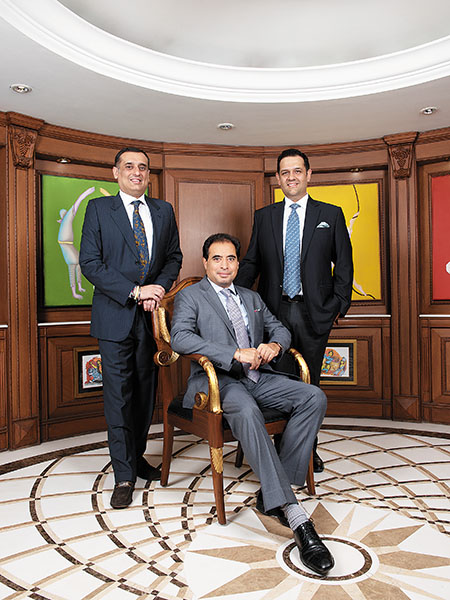 From left: Amit, Mohit and Aditya Burman vow to preserve the legacy of Dabur and make products that appeal to millennials
Image: Amit Verma

Act 1, scene 1. June 2000
A sombre mood engulfed the boardroom. Amit Burman wore a pensive look, the directors looked dejected, and all eyes, and talks, were invariably on the elephant in the room, which could no longer be ignored. For Dabur, it was the fourth consecutive year of loss for its fruit juice brand Real, which was launched with much fanfare by the fifth-generation scion in June 1996. “Why don’t we shut it down,” came the first salvo directed at the then 32-year-old Burman. “We must cut losses and put the money back in Chyawanprash,” piped in another director. The knives were out as Dabur was not used to losses for such a long period. Amid intensifying barbs and criticisms, all that Burman could ask, and plead, for was ‘one more year'.

The persistence paid off. A year down the line, sales took off, Real stopped bleeding, and Burman's pet project which marked the first big diversification of the health care and consumer goods goliath into foods finally got going. Today, Real lords over an estimated ₹2,000 crore packaged juice market with a 59 percent value and volume market share till August. “We knew it was a game-changer. We just needed to be a bit patient,” says Burman.

Act 2, scene 1. March 2017
This time again it was an elephant, but of a different and unexpected kind: Patanjali. The Ramdev-led colossus had unleashed an ayurvedic revolution in India, never mind that Dabur had been in that space for over a century. While MNC giants like Colgate and Hindustan Unilever (HUL) were stunned, Dabur was baffled with the furious pace at which the upstart had disrupted the market and gained market share. “When Patanjali hit us, it was more of a denial on our part,” recalls Burman.

Denial, as it turned out, proved costly. Dabur’s share in chyawanprash and honey slipped alarmingly, a first in many decades. Sales for honey dipped from 60 percent in 2015 to 40 percent next year. Chyawanprash too tumbled from a high of 58.9 percent to 50 percent in the same period.

“It was difficult to understand why people were buying the rival product,” he recounts. “Was it price? Was it personality? There were no clear answers,” recalls Burman, adding that the board unanimously decided to do one thing: Play its own game rather than get bogged down by somebody else’s.

It was time for an aggressive new avatar—in marketing, sales, distribution, pricing, and consumer outreach. It bore fruit. Dabur not only managed to stem the slide but also consolidate market share and revenue. Market share in honey climbed back to 56 percent and 58 percent in chyawanprash, and revenue grew to ₹8,533 crore in FY19 from ₹7,701 crore two years ago. Patanjali, for its part, flattered to deceive, with FY18 revenue declining over 10 percent to ₹8,148 crore and profit halving to ₹529 crore (numbers for FY19 were not available). “We had the self-belief and resilience to bounce back,” says Burman, who became the youngest chairman in Dabur's history this July.

Act 3, scene 1. January 2019
This time the elephant is visible to everybody: The millennial. “How do we get them on our side?” asked one of the voices. “What do millennials want as customers?” asked another. Dabur, Burman points out, is doing its bit to crack this code. From focusing on innovative packaging to launching products that combine ayurveda with convenience—chyawanprash in fruit flavours, digestive pudin hara in fizz form, Honitus cough syrup in hotsip and Red toothpaste in gel, sharp focus on ecommerce, 5 percent sugar reduction in 78 percent of the Real juice portfolio—Dabur is leaving no stone unturned to woo the young. Dabur 2.0, Burman underscores, was how the company took the Ramdev challenge head-on. “Now 3.0 is getting future ready,” he adds. The appointment of Aditya Burman, 39, on the board in July is a move in that direction. “While we bring value to the company, the market brings the valuation,” he says in his first interview.

The Burmans retain their No 13 rank on the Forbes India Rich List, although their wealth is marginally down from $8.4 billion last year by $100 million. Mohit Burman, another family scion, was named vice chairman of Dabur this July.

Even as companies have been battling a slowdown in key consumer sectors—from home & personal care to auto to durables—Dabur weathered the storm: Revenue was up from ₹7,748 crore revenue in FY18 to ₹8,533 crore a year later. Profit after tax for the corresponding period also increased from ₹1,354 crore to ₹1,442 crore. As the slowdown persisted, Dabur held its own in the September-ended quarter, with an 8 percent growth in top line and 4 percent bump in consolidated net profit. Market cap ballooned from ₹57,602 crore at the end of FY18 to ₹84,000 crore at the time of writing. 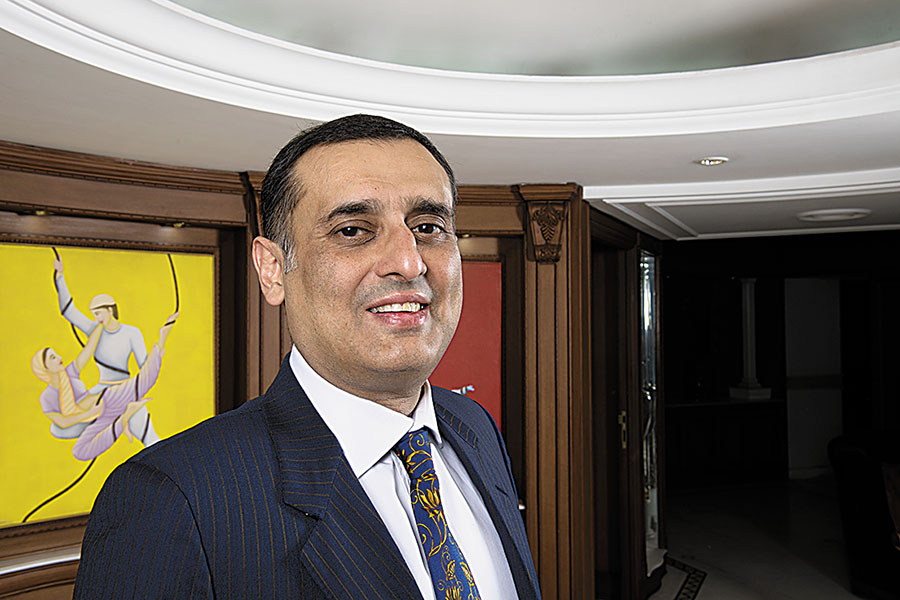 “In every category, there is disruption. You either get disrupted or you get on your toes to get back your market share.”
Amit Burman, chairman, Dabur

Dabur, Burman contends, successfully navigated a rapidly changing regulatory landscape and intense competition, besides geopolitical headwinds and currency devaluations in parts of international business. A large portion of the magic sauce has to do with the way Dabur expanded its rural footprint and reach: To over 48,000 villages and an over-1,400-strong rural sales force. The target is to take it to 65,000 villages by March 2021. It also reached out to over 10 lakh rural consumers through its health camps. Overall, while its distribution footprint now covers over 6.7 million retail outlets across India, direct retail coverage stands at 1.1 million.

Mohit Burman attributes the company's ability to navigate choppy waters to its agility. “With a lot of MNCs getting into ayurveda, we have been nimble footed in successfully taking on these challenges,” he contends. With projects such as Rise (regional insights and speed of execution), Dabur rolled out region-specific products for the Northeast such as Real fruit ORS and targeted communication for each areas.

Dabur’s success, especially over the last two years, reckon marketing analysts, has a lot to do with the stimulus, and shock, offered by Patanjali. Dabur, points out Jessie Paul, CEO of Paul Writer, a marketing advisory firm, had a magic lamp but did not know how to activate it. “Patanjali and Ramdev helped them in two ways. They expanded market awareness and triggered a fight for market share. They shook Dabur out of its complacency.”

What Patanjali also did was to make Dabur proactive. “Dabur is now alert,” says Jagdeep Kapoor, managing director of consultancy firm Samsika Marketing. “Deeper distribution, new product offerings and responsiveness to consumers have made it a force to reckon with.”

A change of guard this July is also likely to push the pace of growth. The Burman family along with professional CEO Mohit Malhotra, points out N Chandramouli, CEO of brand insights company TRA Research, is a good mix of veterans and new energy. “The fresh blood is sure to bring in a new focus and keep the old Dabur vision in line with their growth,” he adds.

The challenge for Dabur, reckons Paul, is that with ayurveda becoming mainstream, it will need to compete with the likes of HUL. “From being the big fish in a small pond it will have to deal with being a small fish in a big pond,” she says, adding that macroeconomic headwinds and declining consumption will make it a challenging year for all FMCG players. Paul, though, is quick to point to the positive side as well. Dabur has shown that it is capable of expanding into new product areas, both organically and with acquisitions.

For Chandramouli, the biggest risk for Dabur is the lack of risk-taking appetite. “Considering its legacy, it should be the thought-leader in this segment and not a follower,” he avers.

Burman, for his part, has identified his biggest potential challenge: The mood of the millennial. While sustaining the heart and core of the business, he lets on, one has to make the products more relevant to this segment. “People are customising products for these (millennial) guys. And that's where the challenge lies for us,” he says, identifying the (young) elephant in the corner.