Announced last week, Facebook's $1 billion will pay the creators of popular posts, from fashionistas to comedians and video gamers, through 2022 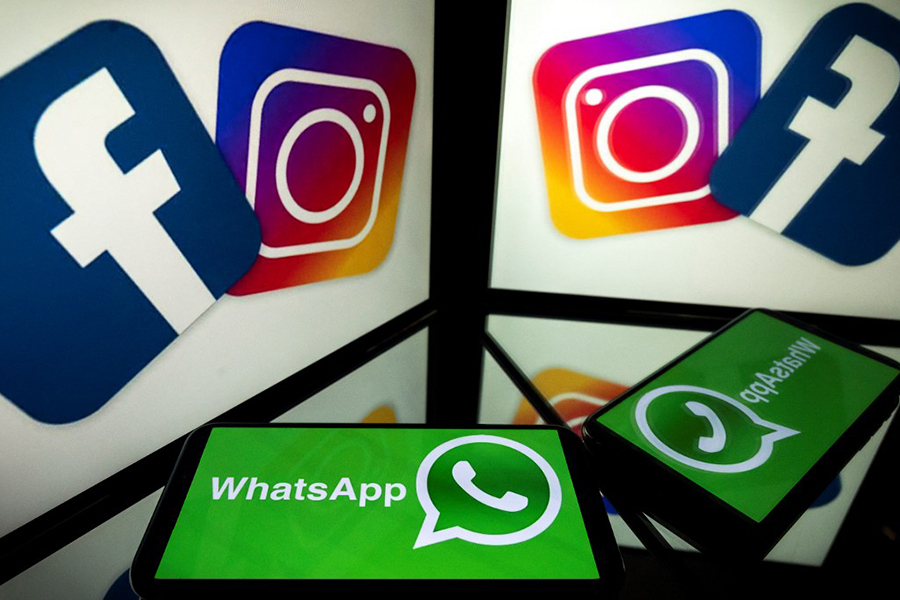 But the 25-year-old, whose following surged past 160,000 as entertainment-starved Kenyans flocked to the app during the pandemic, is sceptical that fans would follow him to the older social network.

"In our market, Facebook is kinda old-fashioned," said Mwas, who posts skits about campus life in a mixture of Swahili, English, and Sheng slang.

"Like, Mom is on Facebook and doesn't know what TikTok is," he told AFP in an email. "My content is suited for the millennials, who prefer other platforms."

Announced last week, Facebook's $1 billion will pay the creators of popular posts, from fashionistas to comedians and video gamers, through 2022.

It is the strongest signal yet that the US social media giant now recognises the strategic importance of the "creator economy".

YouTube, TikTok and Snapchat have waged an increasingly fierce battle to attract figures with big followings that can in turn attract serious advertising revenues.

Last November, photo and video app Snapchat began paying $1 million a day to top creators, although the payments have since tapered off. Popular YouTubers have been receiving a slice of the site's billions in ad revenues since 2007.

Facebook has been comparatively slow on the uptake. While the site began paying popular video-makers in 2017, most vloggers have found YouTube to be far more lucrative.

Facebook-owned Instagram has meanwhile launched the careers of many a food blogger and fashion influencer, but the app only began sharing its advertising income directly with them last year.

Traditionally, the bulk of Insta-celebrities' earnings has come through product endorsement deals negotiated directly with brands.

Late to the influencer party
Joe Gagliese, co-founder of international influencer agency Viral Nation, said it was not surprising that Facebook's efforts had lagged behind competitors'.

Founded in 2004, Facebook had already built a hugely lucrative advertising business by the time the phenomenon of full-time internet celebrities emerged at the end of the decade. Courting influencers wasn't crucial to its "primary business", Gagliese said.

But as creators have headed elsewhere, their predominantly young followings have followed—contributing to a sense that Facebook, in the eyes of Gen Z, has become an irredeemably uncool website where their parents hang out.

Facebook's user base is indeed ageing. The proportion of over-65s has shot up roughly a quarter over the past year—almost double the average, according to the Digital 2021 report from media companies We Are Social and Hootsuite.

In the meantime, Chinese-owned TikTok was the world's most downloaded app in the first half of 2021.

It has largely replaced Facebook as the driver of international social media crazes—not least during the pandemic, as bored millions have turned to its dance videos and cooking trends for light relief.

In this context, Facebook's $1 billion gambit is being seen partly as an attempt to regain cultural relevance and stem the youth exodus.

"The only way for these platforms to keep their relevance with younger generations is to understand what resonates with them and keep up with the pace of innovation," said Claudia Cameron, head of marketing and insights at Amsterdam-based influencer agency IMA.

"Creators are a very important part of this equation, as they set the tone for what's cool."

A drop in the ocean?
While young users from Iran to Brazil have been flocking elsewhere, industry insiders say it is far too early to regard Facebook as doomed.

"You can't underestimate them, because they are so powerful when it comes to the tech," said Gagliese.

Facebook's vast income—it raked in $84.2 billion in advertising revenues last year, more than the GDP of some countries—gives it huge funds with which to innovate.

It is also, despite its relative loss of street cred, still growing, with 2.8 billion monthly users worldwide.

Gagliese suggested Facebook should be spending far more on its efforts to lure internet stars from other platforms.

"Unless Facebook leans in really hard—I'm talking, 'way more than a billion dollars' hard—it's going to be very hard for them to attract all these new creators," he said.

Facebook has yet to outline detailed plans for the $1 billion, but Cameron pointed out that a large chunk will likely be distributed via Instagram, which still enjoys a "cool" factor.

That would be good news for TikTok comedian Mwas, who also has a sizeable following there.