On Wednesday, the media got a sneak peek at the highly anticipated new theme park from Studio Ghibli. Ghibli Park will open its doors to visitors on November 1, though only three of the five sections of the site in central Japan's Aichi region will be accessible at first 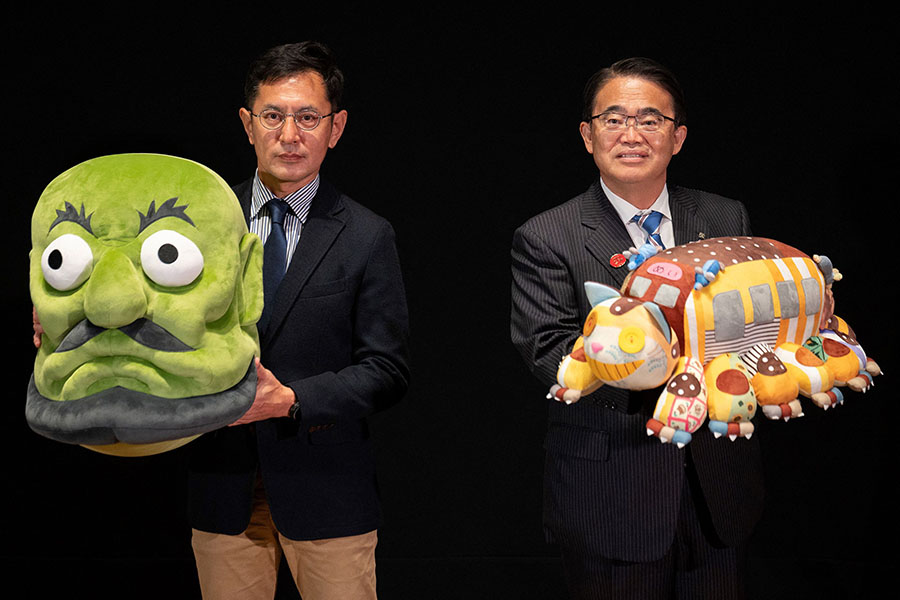 Beyond the gates, a whimsical world awaits, complete with a fluffy Cat Bus, the toothy grin of Totoro and a life-sized No-Face seated on a train: welcome to Ghibli Park.

On Wednesday, media got a sneak peek at the highly anticipated new theme park from Studio Ghibli, creator of beloved titles like "My Neighbour Totoro" and Oscar-winning "Spirited Away".

Ghibli Park will open its doors to visitors on November 1, though only three of the five sections of the site in central Japan's Aichi region will be accessible at first.

Spread over 7.1 hectares of the 194-hectare park where Aichi hosted the 2005 International Expo, the attraction features large open-air areas in keeping with the importance of nature and the outdoors in Ghibli works.

Unlike similar tourist draws such as Tokyo Disneyland, creators of the park have said it is designed to minimise fantasy and reflect the realism of Ghibli's works.

Among the three areas that will open next month is the "Hill of Youth", the gateway to the park and featuring an elevator tower inspired by several Ghibli films including "Castle in the Sky" and "Howl's Moving Castle".

A major draw will be the Ghibli's Grand Warehouse, the hangar-like indoor portion of the park with various attractions, including 14 sets from 13 Ghibli classics.

Visitors can stroll along an alley designed to look like the opening scene of "Spirited Away," or perch on the red velvet-covered train seat in a carriage next to the movie's instantly recognisable "No-Face" character.

Built at a cost of 34 billion yen ($232 million), the park is expected to become a major tourist draw for Aichi.

The region forecasts an influx of 1.8 million visitors a year once all five areas of the park are open, from next year, with an annual economic impact of an estimated 48 billion yen.

We didn't want people to forget

Governor Hideaki Omura said Wednesday said it had taken "five years and five months" to complete it, praising Studio Ghibli as "the summit" of Japanese culture.

Studio Ghibli was founded in 1985 by animators Isao Takahata and Hayao Miyazaki, and has captivated fans around the world with works blending nostalgia, courage, greed and interaction with the natural world.

Miyazaki's son Goro told reporters Wednesday that the park was originally conceived as a way to leave Studio Ghibli's works to future generations, in anticipation of his father's expected retirement.

"We didn't want people to forget Ghibli's works," he said.

"But we were betrayed again," he added with a laugh. "He's making a feature film now!"

He said the theme park had been designed to have "minimal impact" on surrounding nature, with instructions that "trees shouldn't be cut down or changes made to the environment".

Tickets will be reservation only, costing between 1,000 to 2,500 yen per area for adults.

Studio Ghibli already operates the hugely popular Ghibli Museum on the outskirts of Tokyo, which offers tickets only at the beginning of each month, regularly selling out within hours.

Japan is home to several major theme parks, including Tokyo Disneyland and Universal Studios in Osaka.

After two-and-a-half years of tough Covid restrictions, the borders reopened fully to tourists on October 11, and a massive influx of foreign visitors is expected in coming months.

Tweets by @forbesindia
Photo of the day: Floating post office
Blockchain.com gets approval from Singapore's central bank for crypto payments