Faced with a chronic shortage of tourism workers, Croatia is recruiting people in neighbouring Balkan countries and as far as Asia to fill the gap 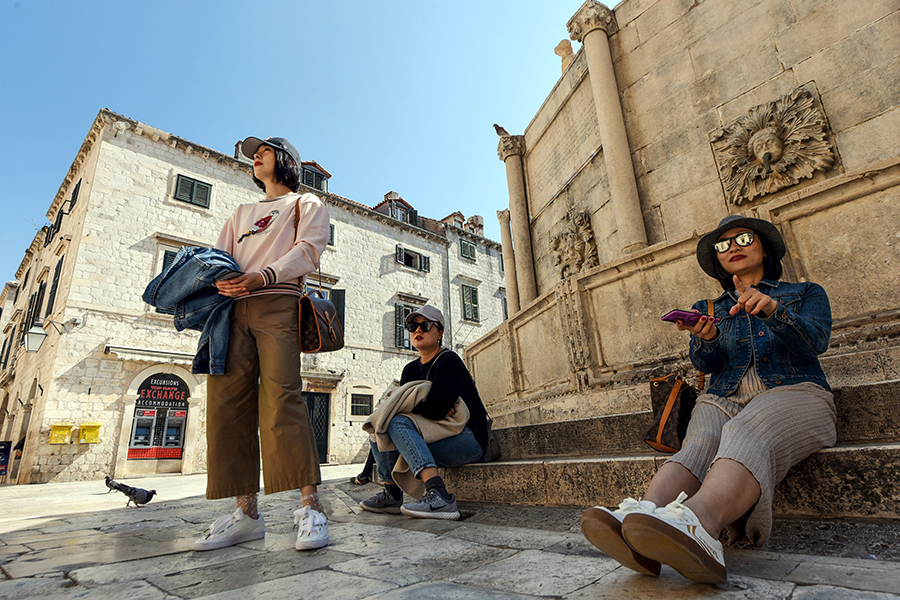 Tourists are flocking back to Croatia after the pandemic decimated its vital travel industry, except the Adriatic nation has a problem: it lacks workers to cater to the legions of visitors.

Faced with a chronic shortage of tourism workers, Croatia is recruiting people in neighbouring Balkan countries and as far as Asia to fill the gap.

It is a problem that other top tourist destinations in Europe—France, Spain and Greece—have also experienced since the lifting of Covid restrictions.

But it is an issue that Croatia—famous for its idyllic coast line dotted with more than 1,000 islands and islets—already struggled with for years and has worsened since the pandemic.

The tourism industry could be short of 10,000 workers this year, according to official estimates.

"The situation is alarming," said Stanislav Briskoski, owner of a restaurant in the tourist hotspot of Rovinj, in northern Istria peninsula, and head of Istria caterers and tourism workers guild.

Croatia is primed for a tourism rebound: it has already hosted nearly three million visitors in the first five months of the year, nearly triple the number from last year, which bodes well for the peak summer season in July and August.

The country of 3.8 million people greeted a record 21 million visitors in 2019.

"The desire for travel is big ... tourists will come," the head of the Croat tourism association, Veljko Ostojic, said.

Tourism is a major source of revenue for Croatia, accounting for one-fifth of its economy.

Ostojic said the industry could break its 2019 record, unless the war in Ukraine escalates.

But the sector needs workers.

Once in lifetime opportunity

Since Croatia joined the European Union in 2013, more than 250,000 Croats have left the country seeking a better life in Germany, Austria or Ireland.

More recently, Covid lockdowns forced catering and tourism employees to look for jobs in other sectors, where they eventually stayed, having better wages and better working hours.

By June, it issued more than 51,000 work permits for foreign nationals, mostly in the construction sector, followed by catering and tourism.

It was almost double compared with the same period in 2021 and some 100,000 permits are expected to be issued this year.

"It's a once in a lifetime opportunity to work here, in Europe," James Pepito, a gardener at Mon Perin camping, near Rovinj, told AFP.

The 32-year-old Filipino, who worked in Oman and Qatar before arriving in Croatia two years ago, hopes to stay for another year.

Also read: What is 'philantourism,' aka the desire to do good on vacation?

"I have a good experience, that's why I'm still here in Croatia," he said, praising the wages, weather and good colleagues.

Pinoy 385, an employment agency for Filipinos, has found job for Pepito and some 1,700 other people, with another 500 expected to be hired by the end of the year to work as assistant cooks, maids, waiters and bakers.

"We should realise that the worker shortage is not a current but rather a longterm issue and plan employment accordingly," the agency's owner, Stjepan Jagodin, said.

David Trajanovic, a 21-year-old Serbian waiter at a restaurant in the picturesque town of Bale, near Rovinj, listed the reasons for working in Croatia: "A better salary than back home, some good fun, summer, seaside."

While foreign workers are filling some jobs, tourism industry insiders say efforts should be made to woo Croats, too.

Briskoski, the restaurant owner in Rovinj, said the government should promote vocational schools, which have fewer students than in the past, to train young people into skilled jobs such as chefs.

Croatia, like other countries, has also experienced the "Great Resignation" phenomenon, in which employees have reconsidered their jobs during the pandemic.

Natasa Kacar, who runs an agency for jobs in tourism, said younger people have a different mindset.

"If their conditions and goals are not met, people quickly change jobs and this happens in tourism too," Kacar said.

But Kacar said employers should also adapt to the situation by providing better work conditions.

"Whoever gives a decent salary and good conditions has no problems" in finding a worker, she stressed.

Marin Medak, who employs 60 people including nine Filipinos at his two restaurants in Zagreb, believes that overall working conditions are far more important than finances.

Tweets by @forbesindia
Shruti Kapoor at Wingman on being acquired by Clari, plans ahead, and AI's influence on sales
Coinbase facing class-action suits over unstable stablecoins