"The Crown"—one of Netflix's biggest successes—has been credited with helping to shape, and in many cases soften, perceptions of the royal family for new generations 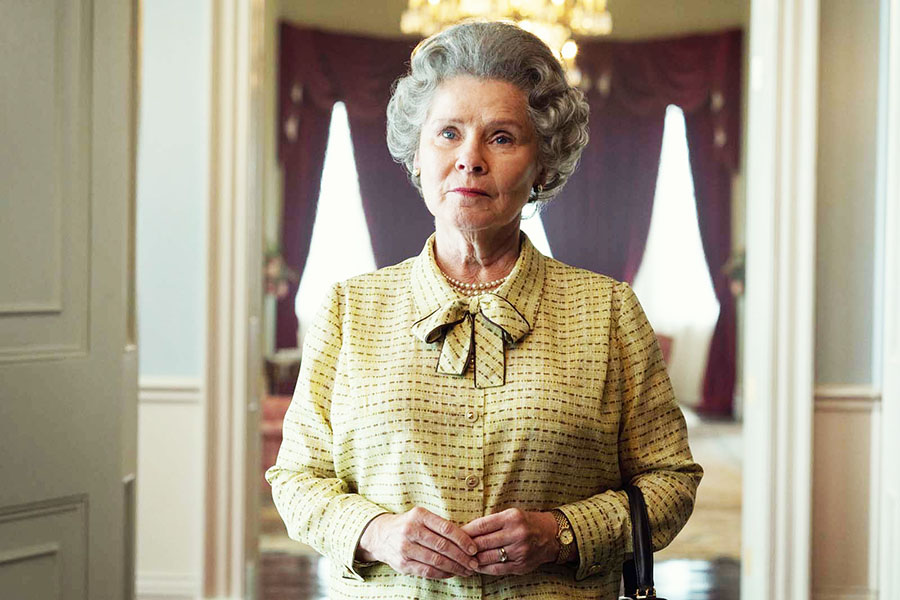 Season 5 of Crown" is set to release in November on Netflix. Image: Courtesys of Netflix

As Liz Butler stood among the crowds of well-wishers outside Buckingham Palace, she couldn't help asking herself if she was living through a future episode of hit TV series "The Crown".

Like many of those flocking to bid farewell to Queen Elizabeth II, Butler was a big fan of the Netflix show that has offered viewers a glimpse—albeit fictionalised —inside royal life.

"I wonder, will they try to put all this in it?" said Butler, 68, as the new King Charles III and his Queen Consort Camilla swept by, waving from the royal car.

"The Crown"—one of the streaming giant's biggest successes—has been credited with helping to shape, and in many cases soften, perceptions of the royal family for new generations.

First aired in 2016, it charts the queen's journey from nervous 25-year-old neophyte to national institution, as she guided the world's most famous monarchy through decades of scandals and upheaval.

In the days following her death after seven decades on the throne, there was reportedly a huge spike in the numbers clicking in to watch the series.

In Britain, viewership shot up 800 percent on the week before, in France it tripled, and in the United States it quadrupled, The Guardian newspaper reported, citing figures from Whip Media.

A fifth season charting the tumultuous period in the 1990s that saw the monarchy rocked by the split of the queen's son Charles, now king, from his wife Diana, is set to go out this autumn.

Filming is currently going on for a sixth season as well, although it was halted for a day after the queen died.

Found out so much

Virginie Verrez, who had decided to stop by Buckingham Palace on her work trip from France, said she loved the series—especially the first two seasons about the young queen assuming the role.

"I found out so much about this family," the 33-year-old told AFP.

"I didn't know much, in fact, and now I've become quite interested in the members of the royal family."

Verrez said she followed the drama as Prince Harry and his wife Meghan quit the fold and issued broadsides against the royals in interviews from the United States.

"I understood better how the British monarchy works," she said.

"But I'm happy to live in a republic, as all this seems pretty archaic."

Sanna Wintren, 34, who had come from Sweden with some girlfriends for the weekend, laid a bunch of flowers in memory of the queen.

"In Sweden we don't care as much about our royal family," she said.

But Wintren became hooked on "The Crown" from the moment she saw it.

"I got Diana-obsessed after," she said.

"I've seen every documentary on her I could."

Also read: How Netflix is building its own cinematic universe around 'The Gray Man'

The last season to air drew some criticism in the UK for taking too much artistic licence and allegedly portraying Charles excessively negatively over his treatment of his ex-wife.

But Wintren insisted that for her, the show had "humanised" the new monarch.

"I understand him better: he was not allowed to live his love story," she said.

German Andrea Geldmann, 66, brushed off accusations that the makers had strayed too far from the truth to lavish praise on the series.

"I have more affection for the queen."

Gai Reckless from Australia agreed that she now had "more sympathy" for Elizabeth.

"I did not know before how much she had to leave in order to become queen."

But now—as the final curtain falls on the life of Britain's longest-reigning monarch—there was a clear sense that a last chapter was being written.

"We're witnessing the end of the series here," said Verrez.