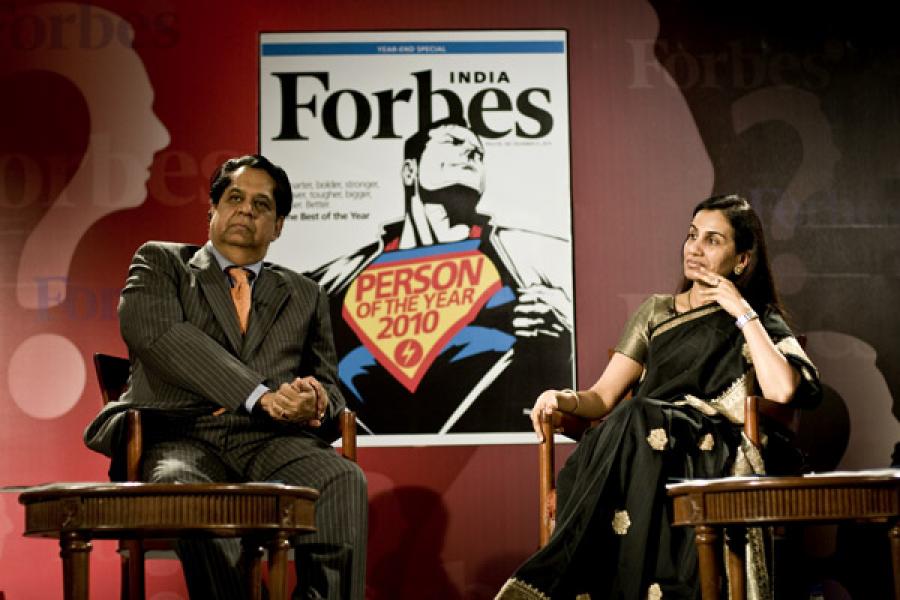 Nitish Kumar, who returned as the chief minister of Bihar on the development plank, was chosen as the Person of the Year for 2010 by Forbes India for the transformative change he has been able to bring in the state.

This is the second consecutive year when a politician has won the prestigious title. Rahul Gandhi, the Congress leader, won it in 2009.

The event saw the participation of the some of the brightest thought-leaders from the industry, the government, the social sector and sports discussing the role of mentors to remain successful in an increasingly complex world.

The theme for the evening — The advice that has stayed with me — found particular resonance among the audience. Senthil Chengalvarayan, editor director, TV 18, conducted an engaging panel discussion with three generations of ICICI Bank leaders – K.V. Kamath, Chanda Kochhar and K. Ramkumar - to discuss the role of mentors and the challenges involved in grooming future leaders.

K.V. Kamath, who is credited with grooming multiple rungs of ICICI Bank leadership during his 14 year chairmanship, stressed on the need to build a meritocracy in order to ensure that leaders have an opportunity to shine.

“The key thing is to spot how entrepreneurial that person is. Does he have the intellect and the ability to take decisions? Then you test the person on smaller assignments,” said Kamath. He said he typically spent 30-35 percent of his time grooming future leaders.

Recollecting the most morale boosting comment that she received from her mentor, K.V. Kamath, ICICI Bank managing director, Chanda Kochhar said, “I’ll never forget the day when he said that ‘whenever you see a challenge or crisis, your shoulders become broader and your back becomes straighter and that is how it should be with a leader.’”

Ramkumar, for his part, said that a mentor may not necessarily be one’s senior but “anyone who can help you think through.”

The thought found wide acceptance among the audience when the floor was opened for an interactive session on the mentor-protégé relationship, anchored by Forbes India’s associate editor, Cuckoo Paul.

Taking forward Ramkumar’s point, Makemytrip founder and one of the nominees for Forbes India’s Person of the Year for 2010, Deep Kalra said that his wife was one of his mentors.

Billiards legend, Michael Ferreira, who was accompanied by his understudy, Aditya Mehta, clinically set out the requirements of a great mentor.

“First is the ability of the mentor himself. Second, is the mentor’s ability to relate technically as well as emotionally to the needs of his protégé,” said Ferreira. 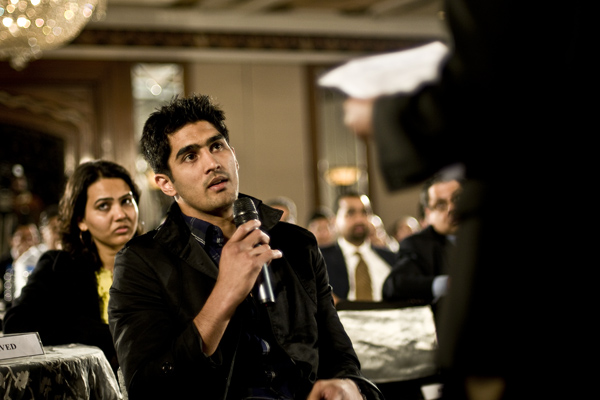 Ace boxer Vijender Singh drew a few laughs when he said that sometimes the pressure actually gets to the mentor, and it is left to him to calm his coach’s frayed nerves!

The evening also saw Deepak Parekh, chairman HDFC, being felicitated by a special citation from Forbes India for providing leadership to the industry as well as the government. Accepting the award on his behalf, Renu Sud Karnad, managing director of HDFC, said “A leader needs to spend time with the frontline (managers) so that they learn to inculcate leadership qualities.”
Watch the launch event pictures here