Hundreds of thousands evacuated in China after heaviest rains in decades

The downpours have dangerously swelled waterways in the low-lying Pearl River basin in recent days, threatening manufacturing, shipping and logistics operations at a time when supply chains are already stressed because of China's strict Covid-19 controls 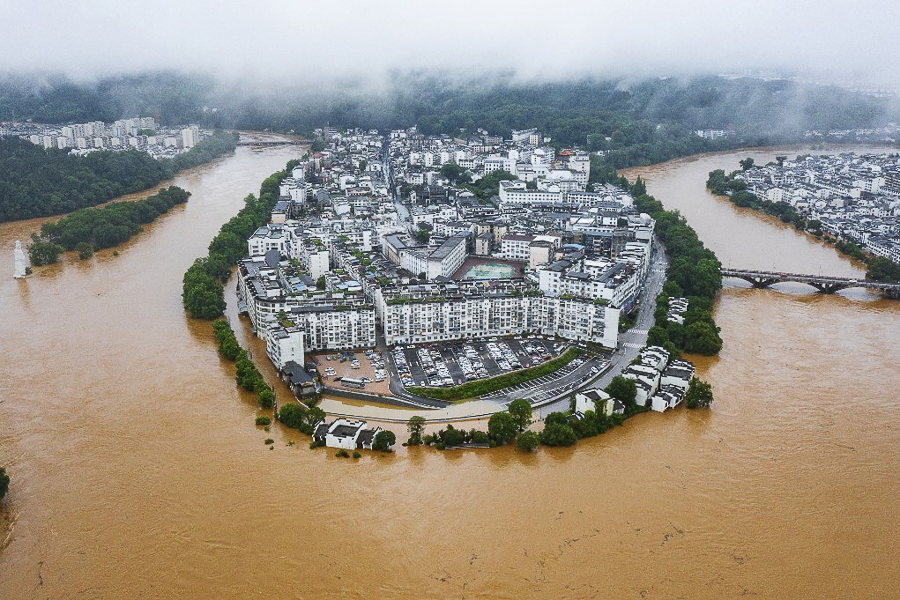 Beijing, China: The heaviest rainfall in decades has triggered floods and landslides in southern China, forcing the evacuation of hundreds of thousands of people, state media reported.
The downpours have dangerously swelled waterways in the low-lying Pearl River basin in recent days, threatening manufacturing, shipping and logistics operations at a time when supply chains are already stressed because of China's strict Covid-19 controls.
The average rainfall in Guangdong, Fujian and Guangxi provinces between early May and the middle of June reached 621 millimetres (24 inches), the highest since 1961, according to China's National Meteorological Center.
State media photos showed people huddled on camp beds in schools converted into temporary shelters in Guangdong's Shaoguan city, and hundreds of tents erected on a sports ground.

In neighbouring Guangxi region, muddy water was seen flooding urban areas and emergency rescuers were seen evacuating villagers on rubber dinghies, according to state media images.
Guangdong authorities said Monday that more than 200,000 people have been evacuated over the course of the disaster, and that the damage so far is estimated at 1.7 billion yuan ($254 million).
The evacuees were among almost 480,000 people impacted by the rains and floods, according to the officials.
Also read: Tropical storm Megi claims 58 in Philippines amid landslides, floods
Shaoguan issued a red flood alert—the most serious—Tuesday morning, after multiple rural counties and the major city of Foshan upgraded their flood warnings in recent days.
Guangxi was hit by the heaviest floods since 2005, local media reported.
Meteorological authorities said Monday that 28 of Guangxi's rivers had exceeded warning levels, with rains continuing on Tuesday.
Jiangxi province issued a red alert for flooding on Monday.
And in Fujian, more than 220,000 people have been evacuated since the beginning of this month because of floods, China's official Xinhua news agency said Monday.
Earlier this month, at least 21 people died after flooding induced by torrential rain in the central Chinese province of Hubei.
Catastrophic flooding in central China's Henan province last summer killed 398 people and caused economic losses of more than $10 billion.
© Agence France-Presse

Tweets by @forbesindia
TCS to roll out e-passports by the end of the year; Volvo Trucks testing H2 fuel cells; AI detects autism in children
Aviation could fly back into black next year, IATA says