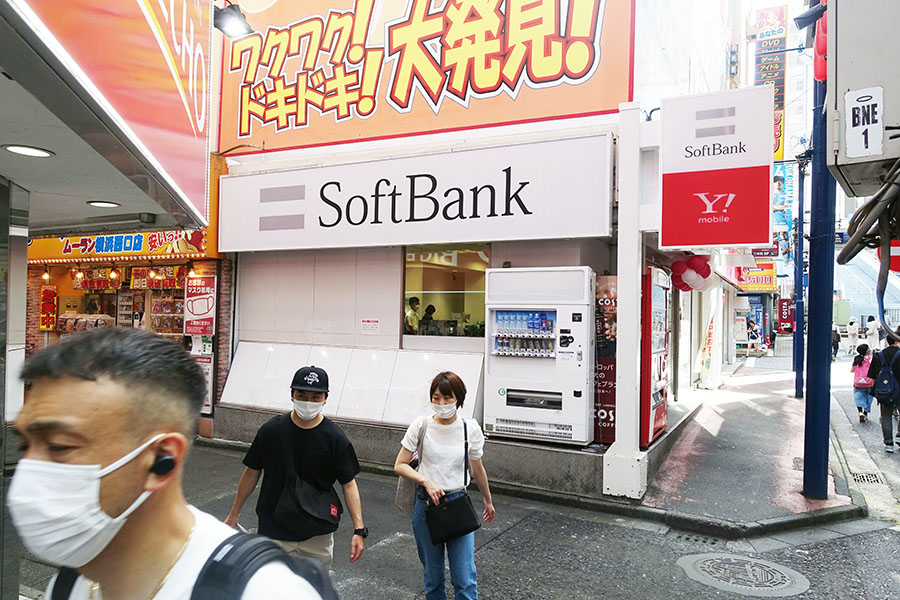 A company statement elaborated, blaming the "global downward trend in share prices due to growing concerns over economic recession driven by inflation and rising interest rates".
SoftBank's big stakes in global tech giants and volatile new ventures have made for unpredictable earnings, and it has lurched between record highs and lows in recent years.
The portfolio companies that suffered large losses for the quarter included South Korean e-commerce giant Coupang and US meal delivery platform DoorDash, SoftBank Group said.
The outspoken Son said he wanted to reflect and learn from the huge losses suffered by SoftBank's technology-focused Vision Fund, which suffered even worse declines than the tech-rich Nasdaq.
"All sorts of things can be used as excuses, such as the bad market environment, the war and the pandemic. But if we had been a bit more selective and made proper investments, we wouldn't have suffered so much pain," he said.
"I don't know how long this winter will continue," he added, referring to the challenging global situation for business.
"It could be three months. It could be three years," Son said, joking that his "worries are reflected on his hair".

Japanese media outlets including Kyodo News said the Q1 result was the largest quarterly loss the country has ever seen.
In May, SoftBank reported its worst-ever full-year net loss—and a then-record quarterly loss for Q4—after a bruising 2021-22 that saw its assets hit by a US tech stocks rout and a regulatory crackdown in China.
That came after logging Japan's biggest-ever annual net profit in 2020-21, when people moved their lives online during the pandemic and sent tech stocks soaring.
And in 2019-20, SoftBank Group reported a then-record annual net loss of 961.6 billion yen, as the emergence of Covid-19 compounded woes caused by its investment in troubled office-sharing firm WeWork.
SoftBank "faces a very tough situation in the immediate term", Hideki Yasuda, senior analyst at Toyo Securities, told AFP before the earnings announcement.
"They have to wait for the market to rebound. You have to look at the company through the lens of long-term investment. It may experience one or two bad years, but over a decade or more, the world economy will keep growing and it could grow further."
The US Federal Reserve and many other central banks have announced aggressive rate increases aimed at battling sky-high inflation linked to the Ukraine war and Covid-related supply chain woes.
But going against the grain, the Bank of Japan has stuck to its long-held monetary easing policies because it sees the latest price hikes as temporary.
This has pushed Japan's currency down to 24-year lows against the dollar in recent months, driving down the yen value of SoftBank's investments.
On Monday, Son also announced a new 400 billion yen share buyback, effectively extending its current trillion-yen buyback scheme.
By Katie Forster / Natsuko FUKUE
© Agence France-Presse

Tweets by @forbesindia
Chips and sugary drinks have 'very low' environmental impact: Study
Why the Kapurs of Steelbird believe family businesses are like helmets