Microplastics have entered the human bloodstream

The tiny pieces of mostly invisible plastic have already been found almost everywhere else on Earth, from the deepest oceans to the highest mountains as well as in the air, soil and food chain 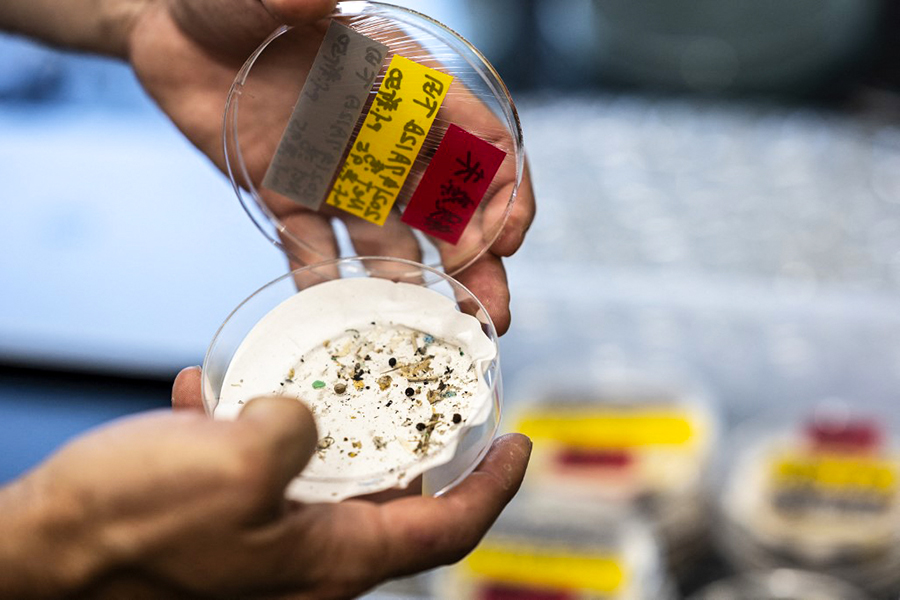 Scientists have discovered microplastics in human blood for the first time, warning that the ubiquitous particles could also be making their way into organs. The tiny pieces of mostly invisible plastic have already been found almost everywhere else on Earth, from the deepest oceans to the highest mountains as well as in the air, soil and food chain.

A Dutch study published in the Environment International journal on Thursday examined blood samples from 22 anonymous, healthy volunteers and found microplastics in nearly 80 percent of them.

Half of the blood samples showed traces of PET plastic, widely used to make drink bottles, while more than a third had polystyrene, used for disposable food containers and many other products.

"This is the first time we have actually been able to detect and quantify" such microplastics in human blood, said Dick Vethaak, an ecotoxicologist at Vrije Universiteit Amsterdam.

"This is proof that we have plastics in our body -- and we shouldn't," he told AFP, calling for further research to investigate how it could be impacting health.

"Where is it going in your body? Can it be eliminated? Excreted? Or is it retained in certain organs, accumulating maybe, or is it even able to pass the blood-brain barrier?"

The study said the microplastics could have entered the body by many routes: via air, water or food, but also in products such as particular toothpastes, lip glosses and tattoo ink.

"It is scientifically plausible that plastic particles may be transported to organs via the bloodstream," the study added.

Vethaak also said there could be other kinds of microplastics in blood his study did not pick up -- for example, it could not detect particles larger than the diameter of the needle used to take the sample.

The study was funded by the Netherlands Organisation for Health Research and Development as well as Common Seas, a UK-based group aimed at reducing plastic pollution.

"This study contributes to the evidence that plastic particles have not just pervaded throughout the environment, but are pervading our bodies too," she told the Science Media Centre.

Fay Couceiro, reader in biogeochemistry and environmental pollution at the University of Portsmouth, said that despite the small sample size and lack of data on the exposure level of participants, she felt the study was "robust and will stand up to scrutiny".

She also called for further research.

"After all blood links all the organs of our body and if plastic is there, it could be anywhere in us."

Tweets by @forbesindia
Money at the heart of international efforts to save nature
Simply speaking: Luck is talent which becomes a habit