Twitter chief executive Parag Agrawal has said that fewer than five percent of accounts active on any given day at Twitter are bots, but that analysis cannot be replicated externally due to the need to keep user data private 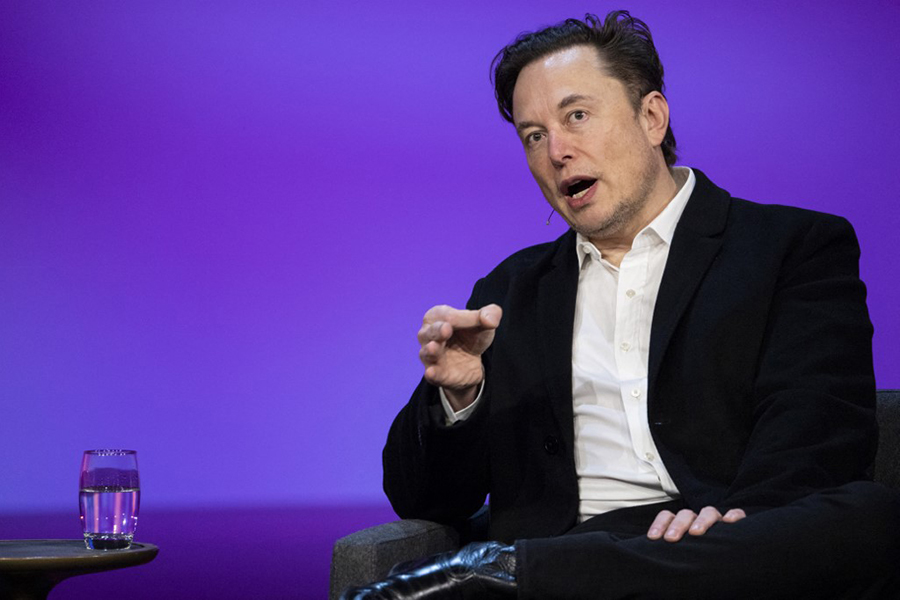 Elon Musk had earlier threatened to back out of his deal to purchase Twitter, accusing it of failing to provide data on fake accounts. Image: Ryan Lash / TED Conferences, LLC / AFP)

San Francisco, US: Twitter will yield to Elon Musk's demand for internal data central to a standoff over his troubled $44 billion bid to buy the platform, US media reported on Wednesday.
The news comes just days after the Tesla chief threatened to back out of his deal to purchase Twitter, accusing it of failing to provide data on fake accounts.

The Washington Post, New York Times and website Axios cited unnamed sources familiar with the negotiations as saying Twitter's board decided to let Musk access its full "firehose" of internal data associated with the hundreds of millions of tweets posted daily at the service.
"This would end the major standoff between Musk and the board on this hot button issue which has paused the deal," Wedbush analyst Dan Ives said in a tweet.
Twitter chief executive Parag Agrawal has said that fewer than five percent of accounts active on any given day at Twitter are bots, but that analysis cannot be replicated externally due to the need to keep user data private.
About two dozen companies already pay to access the massive trove of internal Twitter data, which includes records of tweets along with information about accounts and devices used to fire them off, according to the Post.
Twitter declined to comment on the reports but has defended its responsiveness to Musk's requests, and vowed to complete the deal on the original terms.
The mercurial Musk agreed to buy Twitter in a $44 billion deal in late April.
Read more: From Microsoft-Activision to Musk's Twitter buyout: Largest tech acquisitions of all time
Twitter's top legal officer has told employees that a special shareholder vote whether to approve the buyout deal could be held in late July or early August, according to Bloomberg.
Musk began making significant noise about fake accounts in mid-May, saying on Twitter he could walk away from the transaction if his concerns were not addressed.
Some observers have seen Musk's questioning of Twitter bots as a means to end the takeover process, or to pressure Twitter into lowering the price.
The potential for Musk to take Twitter private has stoked protest from critics who warn his stewardship will embolden hate groups and disinformation campaigns.
US securities regulators have also pressed Musk for an explanation of an apparent delay in reporting his Twitter stock buys.
Twitter shares finished the official trading day slightly above $40, significantly lower than the $54.20 Musk agreed to pay when he inked the purchase deal.

Tweets by @forbesindia
What Sheryl Sandberg's exit reveals about women's progress in tech
Photo of the day: Picking up the pieces