Experts see harsh realities ahead for Musk at Twitter

While Musk has not revealed nitty-gritty details of how he would run the business side of Twitter, he has voiced enthusiasm for dialing back content moderation to a legal minimum and making money from subscriptions 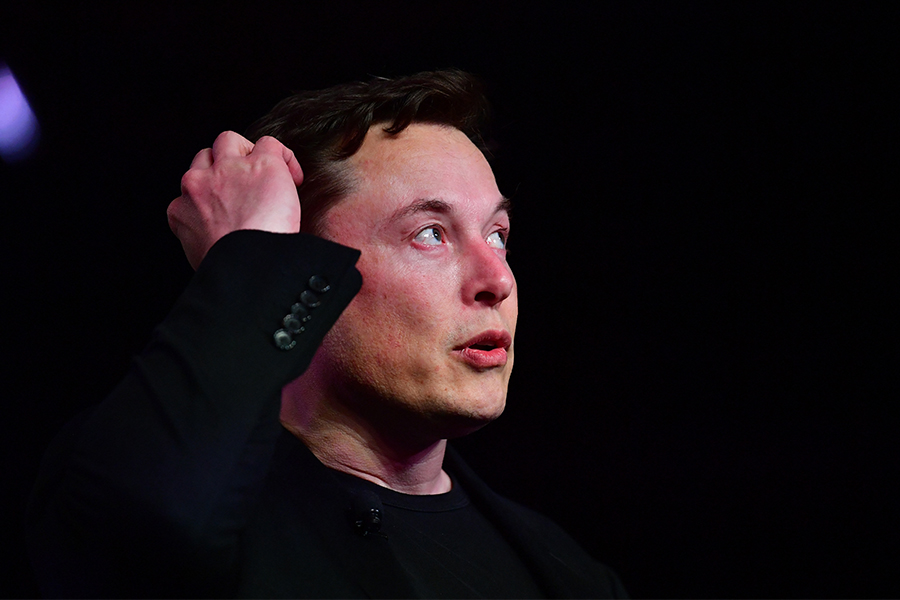 Musk's $44-billion deal to buy the global messaging platform is yet to get the backing of shareholders and regulators. (Credits: JIM WATSON/ AFP)

San Francisco, United States: Tesla boss Elon Musk's road to turning Twitter into a money-making platform where anyone can say anything looks to experts like a tough one.Musk's $44-billion deal to buy the global messaging platform must still get the backing of shareholders and regulators.
And while Musk has not revealed nitty-gritty details of how he would run the business side of Twitter, he has voiced enthusiasm for dialing back content moderation to a legal minimum and making money from subscriptions.
"Other than advocating free speech, Musk hasn't articulated a vision of what the platform can be," Creative Strategies analyst Carolina Milanesi told AFP.
"He hasn't said if Twitter has an age issue, a geographic skew, who is the biggest competitor—what else he is thinking."

Musk's talk of doing away with Twitter's advertising model for revenue, relying instead on subscriptions, does not appear feasible, Baird Equity Research analyst Colin Sebastian said in a note to investors.
"Elon Musk has floated the idea of ditching the ad revenue model," Sebastian said.
"We struggle to believe this will happen altogether, unless he plans to fund interest payments on debt out of his own pocket."
Analysts doubt that Twitter users would flock to pay for premium content or features such as retweeting posts when social media platforms such as Facebook are free of charge. Musk could try selling posts or asking other websites to pay for anything they use from tweets.

Musk's proclaimed stance as a free speech absolutist also promises to undermine the advertising on which Twitter currently depends for revenue.
Brands are averse to having their ads associated with controversial content, such as misinformation or posts that could cause real-world harm, analysts agreed.
Pushing heavily into subscriptions is likely to reduce the audience at Twitter, at the same time that allowing more controversial posts creates a "toxic environment" that puts off advertisers, said Lauren Walden of Tinuiti digital marketing specialty firm.
As Twitter struggles with profitability, Musk will be on the hook for hefty interest payments from financing arranged to buy the San Francisco-based company.
Meanwhile, US legislators are already threatening to modify a law sparing internet platforms from responsibility for what users post. They could use a Musk-led Twitter as a poster child for the effort.

Musk's talk of getting rid of "bots," software-powered accounts that fire off posts, and verifying user identities runs up against privacy concerns as well as the very free speech right he claims to cherish, academics noted.
"Spam is a form of free speech," said Duke University sociology professor Chris Bail.
"Some of the proposals Musk’s put out there might actually contradict each other."
Changes Musk plans for Twitter include making public the software running the platform, letting people see how posts are handled and even recommending tweaks.
Making Twitter software "open source" could give users insight and control at the platform, but would provide "uncivil actors" with instructions on how to better spread their posts, Bail told AFP.
"Paradoxically, open-sourcing the platform may actually make it easier for trolls to dominate the platform," Bail said.
Musk would be taking control of Twitter while still running electric car maker Tesla; tunnel-drilling enterprise Boring Company; private space exploration endeavor SpaceX and a Neuralink project to sync brains with computers.
"It is like he is collecting CEO jobs," quipped tech analyst Rob Enderle of Enderle Group.
"Maybe with 10 he gets free coffee."
Twitter co-founder Jack Dorsey was heavily criticized for dividing his time by running digital payments firm Block, then called Square, while he was chief of Twitter.
However, Musk is a proven success as a businessman and the world's richest person.
"The only thing that gives me pause is that he has expertise in engineering firms, but Twitter really isn't an engineering firm," Bail said.
"It's not about teaching a car to drive itself, it's about serving the interests of people."
By Glenn CHAPMAN
© Agence France-Presse

Tweets by @forbesindia
How quick commerce can become a game-changer in the ecommerce business in India
Virus might be behind mystery child hepatitis cases: US agency