Terrence Howard’s imperious performance as hip-hop mogul Lucious Lyon in Fox’s Empire has helped the show rule Wednesday nights since its 2015 debut—and revived his career in the process. The 47-year-old actor, who rose to fame over a decade ago with movies such as Crash and Hustle & Flow, heard his phone go quiet around 2009 after losing his role as Tony Stark’s best friend, James Rhodes, in Iron Man 2.

But Hollywood’s memory is short, and Howard is once again reigning supreme, albeit on a slightly smaller screen. Empire, which follows the Shakespearean dramas of a family-owned record company—of which he is the pugnacious patriarch—has been Fox’s biggest hit in recent memory. (Cross-platform viewership averaged an impressive 21.3 million last year.) Season three returned on September 21, and this time, Howard says, more of the tempestuous history between Lucious and ex-wife Cookie (Taraji P Henson) will be explored. “Lucious has to deal with whether Cookie is going to take him back,” Howard teases. “If she doesn’t, all hell will break loose.”

Television’s Lyon King also had some new plot twists with his real-life family: Howard became a father for the fifth time in August and now has two children younger than his oldest grandkid. “You give your child two gifts,” he says. “The first is the gift of life, the second is a name. The second gift lasts longer than the first, so you need to give a child a name he needs to live up to.” He and his wife chose ‘Hero’—but no pressure.

As for his personal empire: Science rules his life. Heavily influenced by Walter Russell and Nikola Tesla, Howard says he has been working on his own theories, dubbed Dark Matter Functions. A devout numerologist, he puts his faith in the almighty power of 9. “The Pythagoreans believed there was no number greater than 9.” Will Empire see that many seasons? “I’m sure, if they’re making enough money, we’ll make it to Empire 12,” he says. 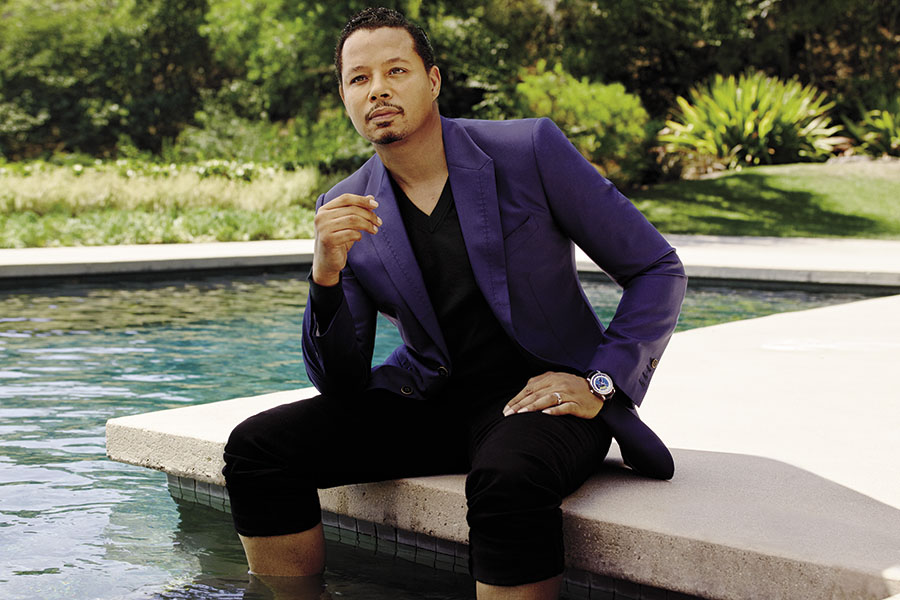 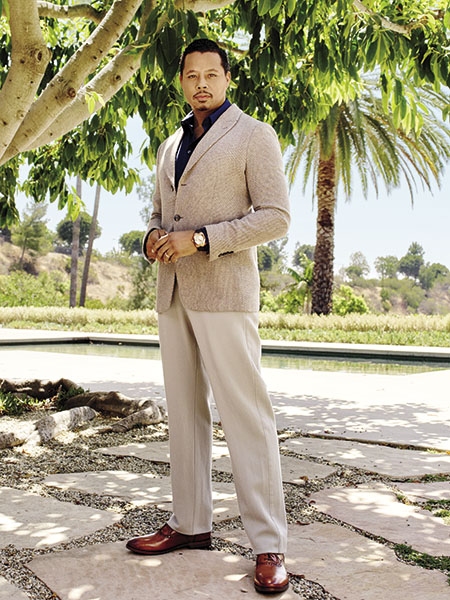 Going with the flow: The Tailoring on sport jackets and suits is loosening up. Trousers
are wider—and so are the lapels
Cashmere sport jacket ($4,295), cotton shirt ($545) and wool trousers ($945) by Giorgio Armani; leather shoes by Cole Haan ($280); Overseas watch in pink gold by Vacheron Constantin ($35,600) 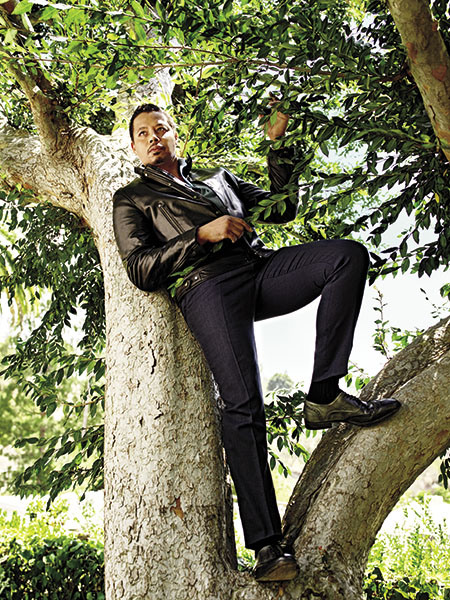 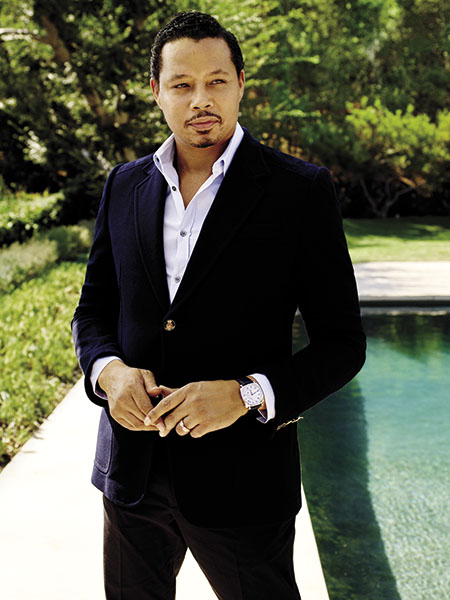 The soft power play: Trade a suit for a sport jacket without giving up any authority
Cotton-and-suede sport jacket ($2,350) and cotton shirt ($490) by Gucci; wool trousers by Ermenegildo Zegna ($695); Historiques American 1921 watch in platinum by Vacheron Constantin ($44,000)