Arvind Panagariya: Key Reforms Must be Initiated Early On 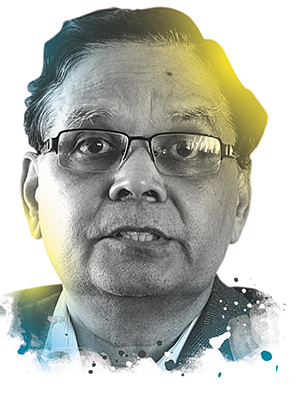 Arvind Panagariya is Bhagwati Professor of Economics at Columbia University and a leading voice in global economy and policy. He served as the chief economist of Asian Development Bank, and has had stints with the World Bank, the IMF and the WTO

With election results around the corner, it is a good time to speculate on the policy agenda of the next prime minister. Watching the election campaign unfold from thousands of miles away via print and electronic media, my own sense is that Narendra Modi would secure an absolute majority for his National Democratic Alliance, perhaps even for the Bharatiya Janata Party (BJP) on its own. Consequently, the secret wish of many within and outside the BJP for a fragmented mandate that would place them in a position to form the next government would likely be dashed.

While, as in cricket, nothing is over in election until it is over, the high probability of Modi scoring a decisive victory raises the prospects of the return of economic reforms. With this in view, I outline below a pragmatic approach to putting India on a reformist path for the next prime minister. Space constraints forbid me from spelling out the full-blown agenda, a task I have recently performed in my CD Deshmukh Lecture delivered at the National Council on Applied Economic Research.

The next prime minister must begin with the recognition that he is inheriting a fiscally and financially fragile economy that, nevertheless, offers endless bounty to the citizens of India provided steps are taken to first heal it and then nurture it through concerted reforms. Therefore, the immediate task of the next prime minister should be twofold: Stop the fiscal and financial bleeding of the economy and return it to the path of reforms.

On the fiscal front, with revenue growth having slowed and a symmetric restraint on expenditures lacking, the threat of large fiscal deficits and inflation looms. The expansion of revenues within a short period is an uphill task. Therefore, fiscal healing will require the next prime minister to restrain the initiation of new large-scale projects in the remainder of the current fiscal year. Instead, he must rely mainly on a speedy implementation of the projects already in the pipeline. If he is able to take some tough decisions, he should additionally restrain the growth in subsidies that go mainly to the middle class or the rich such as those on fertiliser, cooking gas, petrol and diesel. This is fiscally prudent and it improves efficiency as well.

On the financial front, the next government will inherit an even more difficult problem.  Beginning in 2005, the outgoing government allowed banks to restructure bad loans, an option that public sector banks then exercised liberally. This has greatly weakened the market discipline on both the industrialists and banks. The former could avoid losing assets to the banks for non-payment of loans and the latter avoided adding bad loans to their stocks of non-performing assets (NPAs). The result has been accumulation of restructured loans plus NPAs to the tune of almost 10 percent of the outstanding loans.  In turn, this has led to the curtailment of new credit and contributed to the large decline in the corporate investment. And in so far as corporate investment exhibits the highest productivity, the decline has had serious adverse impact on growth. 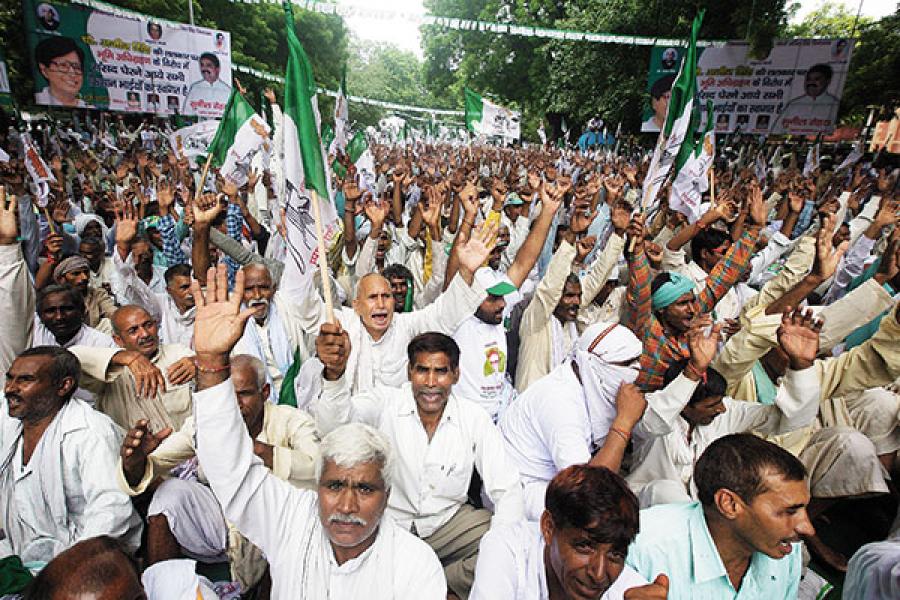 Image: Getty Images
The new government should empower the states to amend some draconian provisions of the land acquisition act and tweak it according to local circumstances
This is a problem the next prime minister will have to confront immediately upon arrival. To tackle it, he can either use public revenues to recapitalise the troubled banks or allow them to raise their own equity by letting the government share in equity fall below the current minimum of 51 percent. Both are difficult choices: The former would add to fiscal deficit and hence risk inflation while the latter would be seen as a step toward privatisation. My personal preference is for diluting government equity in the banks. It will give a strong signal of a changed regime at the centre, alert the banks that they cannot count on the taxpayer to pay for their sins and bring greater market discipline to the public sector banks in the future.

The next prime minister must also initiate a handful of key reforms in the early months of assuming the office. This is a do-or-die matter. Because reforms curtail the power of ministers, as they become entrenched over time, they resist reforms. Therefore, the prime minister must set the course of his policy at the earliest in no uncertain terms. Indeed, it will be a good idea for him to take the ordinance route to introduce some of the early reforms when the parliament is not in session. This route will send a strong signal to any detractors while also allowing him to implement some key reforms early in the game.

Foremost among the early reforms has to be that of the recent land acquisition act, which makes it impossible to acquire almost any land in less than seven to ten years. On the other hand, land acquisition is essential for nearly everything important that the government will want to do in the years to come—building roads, hospital, schools, colleges and universities; creating new cities; expanding low-cost urban housing; and stimulating large-scale manufacturing. As I have argued recently, the starting point for this reform could be empowering states to amend at least some of the most draconian provisions in the current legislation and let the states take the lead in bringing about change based on their local circumstances.

In a similar vein, the next prime minister should take up at least some of the labour-market reforms in the early months through the ordinance route. This too can be accomplished by empowering the states to amend the central legislation. Labour legislation most in need of reform is, of course, the Industrial Disputes Act of 1947. But if the reform of this law poses serious political challenge, reforming the Apprenticeship Act of 1961, Employee Provident Fund and Miscellaneous Provisions Act of 1952 and Employee State insurance Act of 1948 would offer the second-best route to initiating the labour-market reforms with handsome payoff in terms of the expansion of organised sector employment.

(This story appears in the 30 May, 2014 issue of Forbes India. To visit our Archives, click here.)

Tweets by @forbesindia
Rohini Malkani: Bringing the Economy Back is the 'Real' Challenge
5 People For Whom the Tide Turned Over the Last Five Years