For the next five years, the focus should be on using our biggest asset—our demographic dividend—to turn India into an economic powerhouse 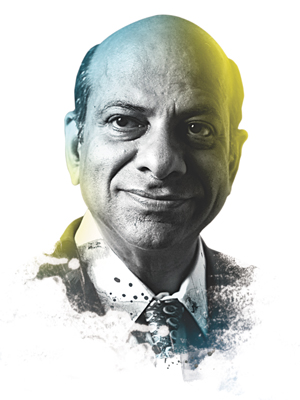 Vijay Govindarajan Coxe Distinguished Professor at Dartmouth College’s Tuck School of Business. An expert on strategy and innovation, he was the chief innovation consultant at General Electric and is most famous for his co-authored book Reverse Innovation. He is also a noted management thinker

I sit in the US and look at India through the eyes of American multinationals. As far as I can tell, the India shine is off for people here. In the last 12 months, news from the country has been anything but good: Growth has slowed, inflation is back, direct foreign investment has plummeted, politics is stuck in a rut, corruption is on the rise, the rupee has turned unstable and rating agencies have given India a thumbs down. People are starting to question whether India matters anymore. But I believe that is a wrong conclusion. Let me explain why.

That’s why the next government, whoever it is, has to take critical decisions to create the India of 2050. In fact, the country is poised at a crossroads as we speak and we must make the right choices over the next five years. The reason I say this is because the current average age in India is 25 years. We have a window of 35 years (by which time the average 25-year-old turns 60) to leverage the demographic dividend which, otherwise, will become a demographic disaster.

Failed Socialistic Policies
There is a tendency in India of following socialistic policies. We have tried that since 1947 and it was a disaster. We bankrupted the country. In the early 1990s, we were forced to embrace free market and capitalism and when we did that, we saw tremendous growth. But that created concentration of wealth in some quarters and, now, politicians say let’s swing the pendulum as income inequality between the rich and the poor is becoming too wide. They talk about giving free food, free energy and subsidies but I think that is the wrong way to go. We have to continue to focus on capitalism but just on a different version of it.

Compassionate Capitalism
We have for long used the American form of capitalism, which only took care of 10 percent of Indians. Instead, we need to focus on what I call compassionate capitalism, responsible capitalism and inclusive capitalism. Every one of the 1.2 billion Indians should reap the benefits of economic growth. In fact, India has the opportunity to reinvent capitalism.

In the next five years, we have got to embark on a journey which focuses on using our biggest asset—our youth—to turn India into an economic powerhouse. We have to emphasise on economic development as the central engine to move India forward, and that will create jobs. To do that, we have to come up with the big ideas because they galvanise a country. This is similar to John F Kennedy’s “Man on the Moon” statement.

My Three Big Ideas
1)  Let’s go back to the Ganga-Cauvery river link: This was mooted almost 40 years ago and forgotten soon after. We must initiate it. This could transform India by transforming agriculture. Rural development is critical in creating jobs. This project will provide drinking water and sanitation and bring in new sources of energy. It will mitigate the recurring flooding problems in the north while alleviating the drought in the south. It will also help generate millions of jobs both in rural and urban India. It will create upstream and downstream business opportunities in both manufacturing and services. In short, this has the potential to remake India.

Is it easy to do? No. Big ideas are always challenging. But India has the scientific, engineering and environmental capabilities to actually pull off something like the link. We implemented a mega project like the Golden Quadrilateral, so why can’t we take on a project like this? 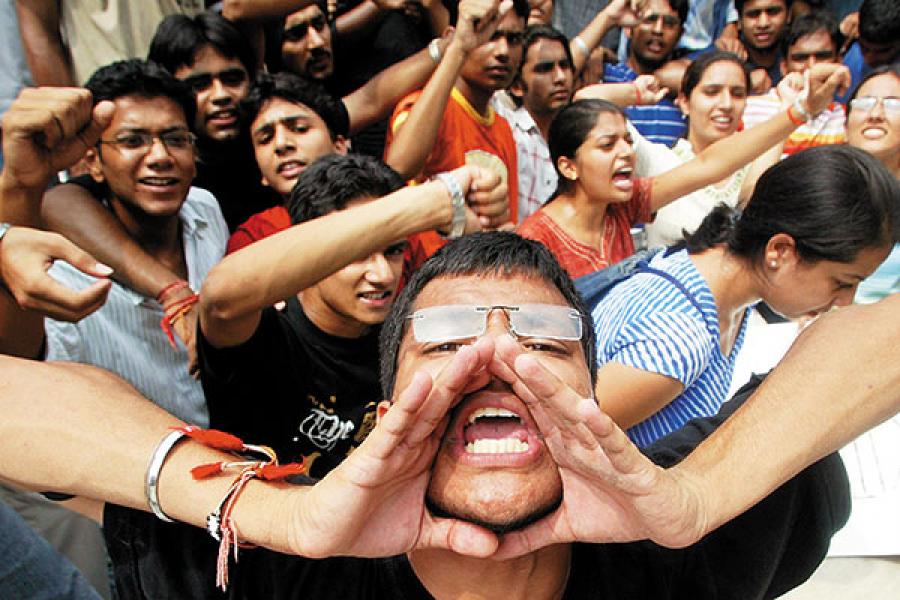 Image: Ajay Verma / Reuters
The next government must emphasise on economic development as the central engine to move India forward and come up with big ideas to create jobs for youths
2) Nuclear energy from thorium: India’s energy consumption today is 22 quadrillion Btu (British thermal unit) annually. The world consumes 500 quadrillion. Indians, therefore, are consuming less than 5 percent of all the energy used. We are energy-starved so we import most of it, and from less-than-desirable countries and regimes. We have to think boldly and out-of-the-box to solve our energy problems.

India cannot continue to use fossil fuels, which are expensive and also environment-unfriendly. It cannot afford to embrace anything other than clean and sustainable energy sources. Here is my idea: Why can’t we focus on nuclear energy from thorium, which is found abundantly in India? The West has ignored thorium because, compared to plutonium, it does not allow for weaponisation of nuclear technology. Thorium can produce a lot of clean energy, and it’s not just inexpensive but can also be easily scaled up. Further, the West will not object to it since it cannot be used as a weapon.

3) Relax controls for businesses: Let us have a country where economic growth is encouraged. Controls on businesses stifle and paralyse India. We have to relax these for both multinationals and domestic companies. The tax system and excise duties structure and controls have to be streamlined. The problem with this, though, has been the subsequent concentration of wealth and this stems from the way we have implemented policies in the last 20 years. For instance, we said multinationals can enter India as long as they have a local partner, typically a gatekeeper which tended to be an already wealthy company. As a result, wealth got concentrated.

We need to find a way in which every Indian gets to participate, to ensure social justice. Why not allow global companies to enter India solo—that’s how they will bring their best-in-class technology. The only requirement is that they must list their shares on the Indian stock exchange and raise equity capital here. They can keep 51 percent stake but the remaining 49 percent must be raised in India. Regulations must be devised which look at diverse share holding so that there is be no single class of shares or institutional ownership. This will democratise value creation.

Freedom to Entrepreneurs and Youth
India faces a dilemma of whether to go back to socialism and populist measures or to stick to the road chosen 20 years ago which was to liberalise India, make it free to do business. I believe we have chosen the right path: We made a few mistakes so we need to restore good, corruption-free governance. We also have to let entrepreneurs and the youth have the freedom to take initiative and action.

India’s growth is bottom-up. Our strength lies in our people. But we have had no leadership to harness the talent: We need the political heft that says we want entrepreneurs to spread their wings and grow. Of course, the government has to play a role in setting fiscal and monetary policies, regulations and social justice but, ultimately, the responsibility for  growth should come from entrepreneurship and innovation based on big out-of-the-box ideas.