Though the company's consolidated losses in FY17 widened, it appears on the road to recovery with sales in India and Europe picking up and other structural issues getting resolved. 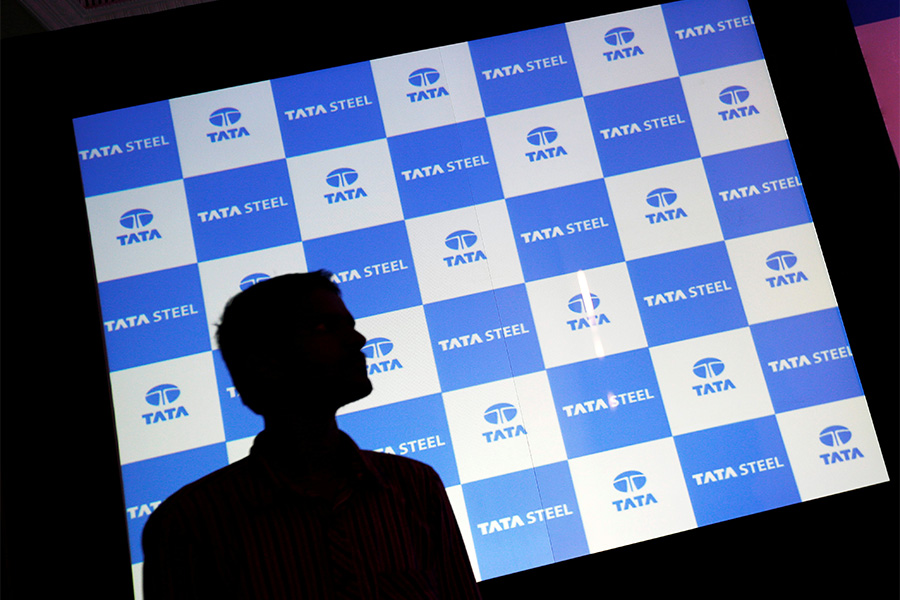 Image: Danish Siddiqui / Reuters
Tata Steel, the steelmaking arm of the salt-to-software conglomerate Tata Group, reported a narrowing of its net consolidated loss for the three months to March 2017, to Rs 1,168.02 crore, compared to Rs 3,041 crore for the corresponding quarter a year earlier, on the back of better operating performance.

While the loss for the quarter was after one-off items including non-cash pension curtailment charges (explained later), the company appears to be on the road to recovery after years of stress on account of a slump in steel sales in Europe and India.

At the Indian and European operations of the steelmaker, deliveries for Q4FY17 grew sequentially over the December 2016-ended quarter, the company said, which reflects better demand for steel products in India and Europe.

The company’s main operations are in India and Europe. In India, deliveries rose 7 percent sequentially and 18 percent year-on-year while in Europe deliveries for the fourth quarter rose 22 percent sequentially, which led to a 25 percent jump in revenues.  For the full year deliveries in Europe were flat but revenue was 33 percent higher, reflecting stronger sales of higher-value products as well as better market conditions.

“We recorded robust sales across all our target segments and our overall volumes stood at 3.21 million tonnes which was higher by 7 percent sequentially,” said Tata Steel (India and South Asia) managing director T V Narendran.

The company’s consolidated Ebitda (earnings before interest, tax, depreciation and amortisation) almost tripled to Rs 6,982 crore for the fourth quarter, compared to Rs 2,197 crore for the corresponding quarter a year ago. Operating profit from the European operations touched £230 million in the January-March quarter, up £267 million year-on-year and by £    144 million sequentially. This was the highest quarterly Ebitda recorded by Tata Steel Europe since 2008.

“Ebitda improved to Rs 4,324 crore for the quarter, up 28 percent sequentially and 93 percent year-on-year on the back of supportive realisations, strong growth in deliveries and ramp-up of Kalinganagar plant,” the Tata Steel earnings statement said.

The widening of losses in FY17 was largely a result of the exceptional charge on account of the non-cash pension curtailment charges and the company’s operations that it has discontinued since.

Tata Steel Europe has managed to divest its specialty steel and long products business in the UK, which means that losses on account of these businesses will not reflect in the company’s FY18 earnings.

“A significant milestone during the quarter was the completion of the consultation process and closure of the defined benefit (pension) scheme in the UK to future accruals,” Koushik Chatterjee, Tata Steel’s group executive director (finance and corporate) said in an earnings statement.
“All employees in the UK can now opt into a defined contribution scheme. Following the above, we are in positive discussions with the BSPS (British Steel Pension Scheme) Trustee, the Pension Regulator and the Pension Protection Fund in relation to an RAA (Regulated Apportion Arrangement), and are hopeful of reaching final agreement shortly."

If the negotiations for the revised pension scheme is successful, it would improve the company’s funding position and pose less risk for the steelmaker’s European operations. “If (an) agreement is reached and the necessary approvals are obtained, the RAA will become effective once agreed conditions are satisfied, including the payment by a member of the Tata Steel group of an agreed settlement amount of 550 million pounds to the BSPS and the provision of a 33 percent equity stake in TSUK (Tata Steel UK).” Tata Steel said in the statement. This implies that Tata Steel’s workers in the UK could become indirect equity owners of their company through the pension scheme.