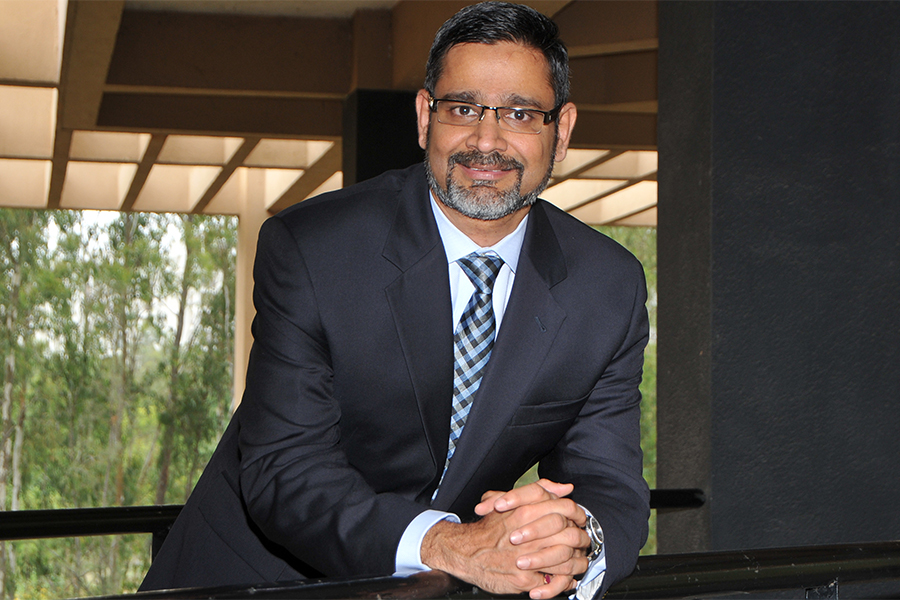 Abidali Neemuchwala as CEO & Member of the Board, Wipro
Wipro, India’s third-biggest software services company, reported a 1 percent rise in its fiscal fourth quarter profits, beating some analysts’ expectations, as the company sold a small unit and saw an earlier-than-expected pick up in its energies and utilities business.

Wipro completed the sale of its EcoEnergy division on March 1, 2017, the company said in its press release. During the quarter, Wipro also revised its estimates of revenue and earnings at its HealthPlan Services unit, owing to the ongoing uncertainty surrounding the repeal of the Affordable Care Act, popularly called Obamacare, in the US. The net result of all of this was a 70 basis point increase in operating margins, Wipro said.

Profits for the three months ended March 31, 2017 rose to Rs 2,261 crore from Rs 2,238 crore for the year-ago period, according to international accounting standards, Wipro said in a press release after markets closed on Tuesday. That compares with a 6.5 percent fall expected by analysts at Mumbai brokerage ICICI Securities.

India’s IT sector is reeling from tougher rules on H-1B non-immigrant visas in the US, the industry’s biggest market, with a resultant near-term increase in costs.

This is after US President Donald Trump passed an executive order last week asking various government departments, including Labor, Justice, Homeland Security and State to help shift the H-1B allocation system away from a random lottery to one that favours high-skilled and high-paid candidates.

In turn, Wipro and its peers are looking to hire more local recruits, move more work to India, increase the use of automation and build higher-margin services. Providing a growing portfolio of digitalisation services is part of the effort.

“We anticipate growth momentum to return in Q2 [starting July 2017] and expect to be at industry growth rates by Q4 [of FY2018],” CEO Abidali Z Neemuchwala said in a statement. Among the indicators of growth are a projected acceleration in spending among financial clients and an earlier-than-expected pick-up in demand among clients in the energy and utilities line of business, Neemuchwala said.

On the digitalisation front, “Wipro Digital has scaled significantly over the three years since its inception and we continue to win deals with downstream engagements,” the CEO said.

That means, a win on the digitalisation front is also getting Wipro some related IT services work down the line.

Wipro’s numbers for the three months ended March 31 include the full-quarter earnings from Appirio, a cloud-service provider that the Indian IT company purchased in a deal valued at $500 million—the transaction closed in the second half of November 2016.

Wipro expects current-quarter IT services revenues to range from $1,915 million to $1,955 million—meaning a 2 percent reduction to no change from the March quarter, based on certain exchange rates for various currencies including the rupee, dollar and euro. That compares with the no change to 2 percent increase analysts at ICICI Securities projected.

Wipro’s IT services sales rose 2.6 percent in dollar terms to $1,954.6 million and 1.7 percent in constant currency terms for the March quarter. That compares with Wipro’s January forecast of between $1,922 million to $1,941 million, or a 1 percent to 2 percent increase.

Including Appirio, and some help from currency exchange rate variations, Wipro’s revenues would rise about 1.8 percent quarter-quarter the analysts estimated.