Social Power of The Republic of India

Facebook and Twitter have helped us harness the true power of our opinions. Ignored customers now have a platform to air their grievances and take on big companies

Once upon a time, big business and big government monopolised any communication there was. They had the reach, the resources — and yes, the impact — to command media coverage or to buy exposure through advertising. That hasn’t changed.

But social media has made it possible for us, as individuals, to do more than just tell the world what we had for breakfast; popular services like Facebook and Twitter have helped us truly harness the power of our opinions.

Our grievances and scorn, and our approval and support, have become weapons that we wield in the here and now, in hours and days, not months (or the years between elections). We, the people, can make behemoths stop and think. 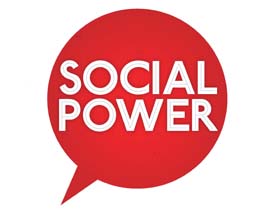 ‘Team Anna’, for instance, didn’t just skillfully manage the media; they also assiduously built a following using social media. They were a prominent example of how social media can be a force-multiplier for word-of-mouth, but they were not the only ones.

Wrong Number: Corporates Can’t Control Communication
Mumbai resident and journalist Dhaval Valia had switched phone providers, to Vodafone, because he wanted to use its 3G services. But he discovered that he didn’t seem to be getting much.

Over weeks of sometimes acrimonious conversations, escalating from customer care to senior executives, Valia established that Vodafone had enabled 3G services in only half the cell tower sites in Mumbai.

Then, in May 2011, Valia posted his experiences on Facebook. Somehow, Vodafone found out, and sent him a legal notice. Valia sent them one in return.

From there, it snowballed, becoming front page news in major newspapers and a raging thread on Twitter. Thousands of people were soon accusing Vodafone of Big Brother tactics and all the telco could do was listen to a conversation over which it had no control.

In the end, Vodafone simply withdrew its case against Valia.

Rites of Admission: PR Disasters Can Be Turned Around
There is a famous — but, alas, apocryphal — story that Tata group founder Jamsetji Tata decided to build the Taj Mahal hotel as a way of getting back at discriminatory practices that did not allow ‘Indians and dogs’ into posh hotels. Over 100 years after the iconic hotel was built, another posh property — The Leela, in Bangalore — made a faux pas: Its security guards turned away a customer because he was riding a bicycle which the guards said could not be parked inside.

Perhaps, they hadn’t realised that cycling was no longer limited to those who couldn’t afford the expensive vehicles their driveway was accustomed to and that bikes were a style and health statement in the SEC A crowd.

At any rate, the issue travelled, from cycling enthusiasts’ bulletin board, to the Leela’s Facebook page, to newspaper articles and, finally, Twitter.
On March 27, a bunch of cyclists demonstrated in front of the hotel. The management saw the light pretty quickly and, within a month, The Leela had a bicycle stand in its parking lot.

Social Capital: Little Organisations Can Cast Large Shadows
As India’s chances in the ICC World Cup were getting hotter, Nachiket Mor (@nachiketmor on Twitter), a former board member of ICICI Bank, now working on a healthcare project in rural Tamil Nadu, tweeted: “I have caught the www.rangde.org World Cup fever. Have pledged to invest Rs. 10,000 for every wicket that Zaheer Khan takes in the finals!”

Nagesh Kukunoor (@nkukunoor), film director, pledged Rs. 10,000 to the same organisation if India won against Pakistan, and added: “My small pitch during this cricket madness — pl make a pledge on rangde.org. social investing does change lives”.

They weren’t the only ones. All sorts of people were placing all sorts of ‘bets’, with Rang De as the recipient of their pledges. At the end of the season, Rang De had collected Rs. 10 lakh.

These funds were destined to be disbursed as micro loans; Rang De lends at an affordable 6-10 percent, raising funds from ‘social investors’ who can give as little as Rs. 100. So far, it has raised Rs. 5.4 crore, and given loans to over 10,000 small borrowers identified by its partners.

Rang De launched its Web site (rangde.org ) in early 2008, around when Facebook and Twitter use began to accelerate sharply, and social media was part of its strategy from day one.

Word has spread through referrals from friends. N.K. Ramakrishna, co-founder, says nothing beats that. After all, “That’s what it finally comes down to: Trust.”

The Voice of the People: Mashing Up Phones and the Net
The Internet is a huge enabler. But in countries like India, its reach is hampered by three factors: Low PC numbers, lack of electricity and low literacy. Does that mean hundreds of millions of poor Indians should wait for things to change?

No, say three interesting start-ups that are harnessing the reliability, ease-of-use and ubiquity of mobile phones to create a voice-driven Internet.
CGNet Swara (cgnetswara.org ) uses a voice-based platform to help tribal communities make their voices heard. They can call in and report what is happening and listen to stories of local interest. Journalists moderate the recordings, which are then made available online or over the phone.

Awaz Otalo (which subsequently gave birth to Awaz De — awaaz.de ) is a similar project in Gujarat, which lets farmers call in and pose questions around agricultural practices, which then get routed to other farmers who can provide answers.

I Saw It On the Telephone: Corporates Can’t Hide Uncomfortable Truths
“If a tree falls in a forest and no one is around to hear it, does it make a sound?” Today, we ask, “If companies do ugly things, but consumers don’t hear of them, are the companies still guilty?”

Two startups are collating and channelling supply chain and labour practices information from around the world and putting it right into your hands.
Good Guide (goodguide.com ) reveals the story behind the creation of over 120,000 everyday consumer products ranging from packaged foods to cars to cellphones, tracking and analysing the supply chains used to manufacture these products, assigning scores around multiple environmental, societal and ingredient factors. Using it is as simple as scanning the barcode of a product using your phone at a store.

Free2Work (by notforsalecampaign.org ) is a listing of many well known companies such as Nestle, Fisher-Price, Adidas and Levi-Strauss. Each of them is assigned a grading based on the way they treat their employees. A revelation made by the app is Amazon’s abysmal “D” grade, based in turn on the way its Kindle contract manufacturer in China allegedly ill-treats its workers.