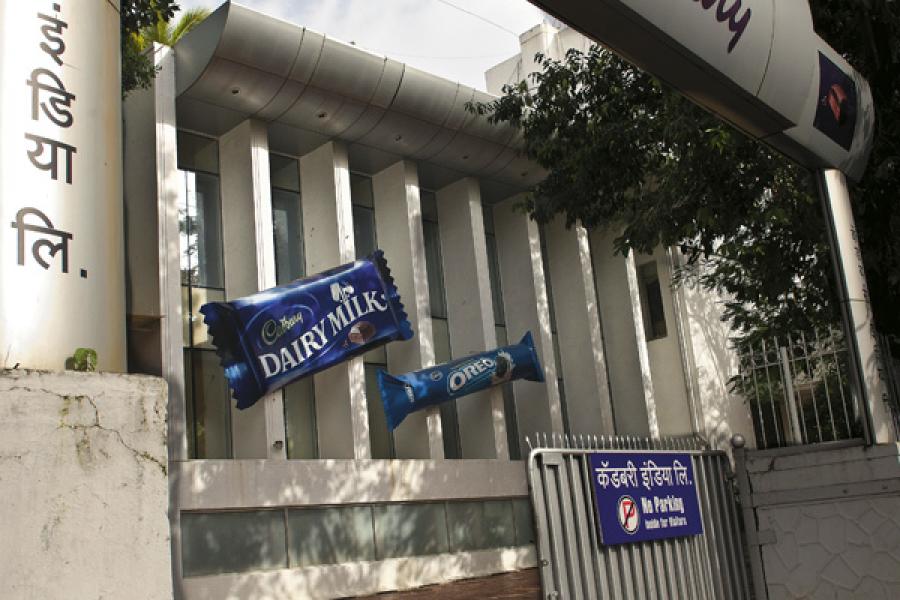 At 2:20 pm on September 6, 2010, an important rendezvous took place at the Taj Chandigarh. Rajan Nair, who is responsible for security at Cadbury’s operations in India, was there to meet a man who had provided canteen services to the company’s factory in Baddi, Himachal Pradesh. Sensing the gravity of the situation, Nair had informed his boss Adrian Wong, director security and special investigations at Kraft Foods, who had flown over 4,000 km from Singapore for the meeting.

At the meeting, Mohit, the canteen services provider, went about detailing allegations of corruption and wrongdoing at the company’s Baddi facility.

While Mohit conceded he was upset about the manner in which his services were terminated, he said he had enough evidence to show the company had bribed government officials. He planned to make life difficult for Cadbury, which was taken over by Kraft Foods in 2010.

Six months later, in February 2011, in a filing with the US markets regulator Securities and Exchange Commission (SEC), Kraft Foods disclosed that it had carried out a review of compliance systems at Cadbury, and admitted that it had found facts and circumstances that warranted further investigation in India.

It also added that on February 1, 2011, the company had received a subpoena from the SEC. The subpoena, issued in connection with an investigation under the Foreign Corrupt Practices Act (FCPA) was related to a Cadbury facility that Kraft acquired in India.

The SEC had asked for information regarding dealings with Indian government agencies and officials to obtain approvals related to the operation of that facility and that Kraft was fully co-operating with the investigation.

Immediately following the whistle-blower incident, Kraft Foods kicked off a detailed investigation of the case in India, led by Ernst & Young. It also sought the legal opinion of corporate law firm AZB & Partners. The reports of both Ernst & Young and AZB & Partners on the issue are with Forbes India.

Also, Kraft engaged the services of US law firm Baker and McKenzie, which counts FCPA cases among its specialities. The firm will submit its report directly to the SEC. It may take a few weeks or at least a couple of months for the SEC to rule on the nature of the violation.

Even as this intriguing case winds down towards its final outcome in the US, Cadbury India could face the wrath of the Central Excise Commissioner in New Delhi as well. Already, senior executives, including Anand Kripalu, its managing director, have been summoned to the Excise Commissioner’s office.

The offices of Cadbury India in Mumbai have been raided, and computers and other documents confiscated.

Four key senior executives, who were directly involved in the case, including two who were executive directors on the board, have already left the company in the last year. CY Pal, the non-executive chairman of Cadbury India, says, “We are aware of the matter and whatever action had to be taken has been taken.” He declined to discuss the matter of the FCPA investigation any further or comment on the possible outcome of the Excise Department investigation.

So what really transpired inside the Baddi plant?

The Excise Slip-up
In June 2009, Cadbury India set up a large extension facility at their existing operations in the village of Baddi in Himachal Pradesh, churning out 5 Star and Dairy Milk chocolates and colorful button-shaped Gems. For the company, this capacity increase was a strategic investment. For not only did it expect to catch up with galloping demand for its products, it also knew it was on track to receive a substantial tax break.

Over the course of the next 10 years, the management expected tax savings, to the tune of 60 million pounds (Rs 521 crore).

On the last day of June 2009, the company wrote to the Central Excise Department. It said, “We are pleased to inform you that we have set up a new manufacturing facility at Baddi.”

The letter requested the department to grant them an exemption from paying excise taxes for the next 10 years.

A month later, it wrote back asking for details on the grounds under which the exemptions were applied for. It asked Cadbury India whether the goods were being manufactured at the location or whether they were being simply repacked—to receive the exemption, the company had to prove that the unit was completely independent. The Excise Department even wanted a “flow chart of the manufacturing process” to prove that goods were being manufactured at the site.

Lastly, it asked for details of investment in plant and machinery at the unit.

The letter put officials at Cadbury India on the back foot. Not only were they unprepared to answer these questions, they knew they would have a tough time proving that this was indeed a new unit, thereby making their claim for a tax break untenable. Noted tax lawyer Lakshmi Kumaran was engaged as the company looked for a way out. 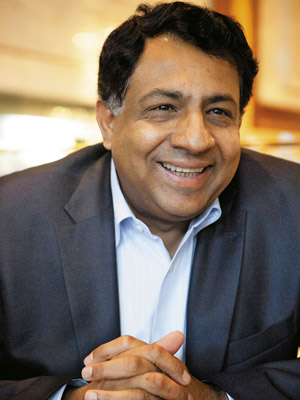 Image: Getty Images
Anand Kripalu, managing director of Cadbury India
First off, Kumaran advised the company to not respond to the Excise letter.

In an interview with Forbes India, he defended his advice. “I stand by my opinion. We had not violated the law and we could have argued our case.” Instead, the company went about altering course and began to work on obtaining approvals for the new unit. The undue haste was due to the fact that to receive the tax breaks, approvals had to be obtained before March 31,2010.

And with it, began an elaborate game of subterfuge with government authorities.

As a first step, company officials justified the investments needed. In an internal email, Jaiboy Phillips, director operations, wrote that the new plant and approvals would cost 4.3 million pounds (Rs 37 crore). That, in turn, would result in savings of 60 million pounds and an internal rate of return of 58.5 percent.

It is here that bribes were paid to government officials. Here’s how the modus operandi worked. Bribes were routed through contractors working in the Baddi facility and often documentation was faulty. At times, it is alleged that these contractors paid as much as 10 times the amount to obtain routine licences under the Factories Act.

With the business case being watertight, the company became so desperate to obtain these licences that Rs 50 lakh was set aside for bribes, according to an internal document. A former employee, who did not want to be identified, told Forbes India that these approvals should not have cost more than Rs 1 lakh, if done legally.

According to a report titled ‘Project Maxim’ prepared by Ernst & Young, plant manager Sanjay Kurup paid Rs 25,00,000 to a contractor for obtaining approvals. Kurup left the company in 2011.

The 78-page report goes on to state, “It is alleged that majority of the consultancy contracts of 2009-2010 are entities through which government officials are bribed.” Ernst & Young declined to comment citing client confidentiality.

The Cookie Crumbles
Meanwhile, Cadbury India went full speed ahead at separating the two plants. The unit was legally separated, new boilers ordered, a new high-speed diesel tank was constructed and staffing separated. The Ernst & Young report details money that was provided to contractors at each step that in turn greased the palms of government officials.

Internal emails show that company officials were all along aware of the risks of separating these two units in such a short time frame. For instance, in February 2010 the company needed to pump chocolate from Unit 1 to Unit 2. In an internal email, Rajesh Garg, director, finance himself admits that tapping manufacturing synergies between the two units is a “cardinal sin”. He flagged the risk to Kripalu, who eventually approved it. Garg has since left the company.

All this came to a head last year when the Directorate of Central Excise Intelligence decided to investigate the company for violations.
In one raid that continued late into the night, excise officials seized Kripalu’s laptop. He was summoned to Delhi and grilled by excise officials for eight hours.

The Rocky Road Ahead
So what are the likely fallouts? Consider the past history. So far eight companies have made FCPA disclosures relating to their activities in India, according to the Mintz Group, an investigative firm based in the US (see graphic). The most famous case occurred in 2001 when ChandramowliSrinivasan, a founding president at AT Kearney in India, was personally fined $70,000 (Rs 38.6 lakh) for Rs 3.6 crore paid out to government officials as bribes. He is no longer associated with AT Kearney. In other cases, companies have settled with the SEC and the US Department of Justice. Some have agreed to be fined a portion of their profits in exchange for being let off on charges of criminal liability.

Thomas Fox, a US-based lawyer with an FCPA practice, says for Kraft to declare that it did not know about the bribes paid by Cadbury India is not a defence.

“As the acquiring company, Kraft will assume the liability, if any, for bribes which Cadbury may have paid. Further under the FCPA, a company is required to perform pre-acquisition investigation into compliance with the FCPA, called ‘due diligence,” he says.

Cadbury India, through a spokeswoman, declined to comment despite multiple requests for interviews.

An emailed statement said, “A compliant and ethical corporate culture, which includes adhering to laws and regulations in the countries in which we operate, is integral to our success.  To that end, we are fully co-operating with the authorities on this enquiry.  Since the investigation currently is under way, it will be inappropriate on our part to discuss the details at this time.”

In the months to follow, Cadbury India could well face a double whammy, especially if the Excise Commissioner also ends up levying dues and penalty from June 2009 onwards. Whatever be the final outcome, one thing is for sure: It seldom pays to take shortcuts.

Tweets by @forbes_india
Snapshots of the Fortnight (July 18 - August 01, 2012)
Large Parts of the World are Lazy