Film allows one to hold up a mirror to society: Mira Nair

In the third part of our series of excerpts from Gunjan Jain's book, she speaks to filmmaker Mira Nair 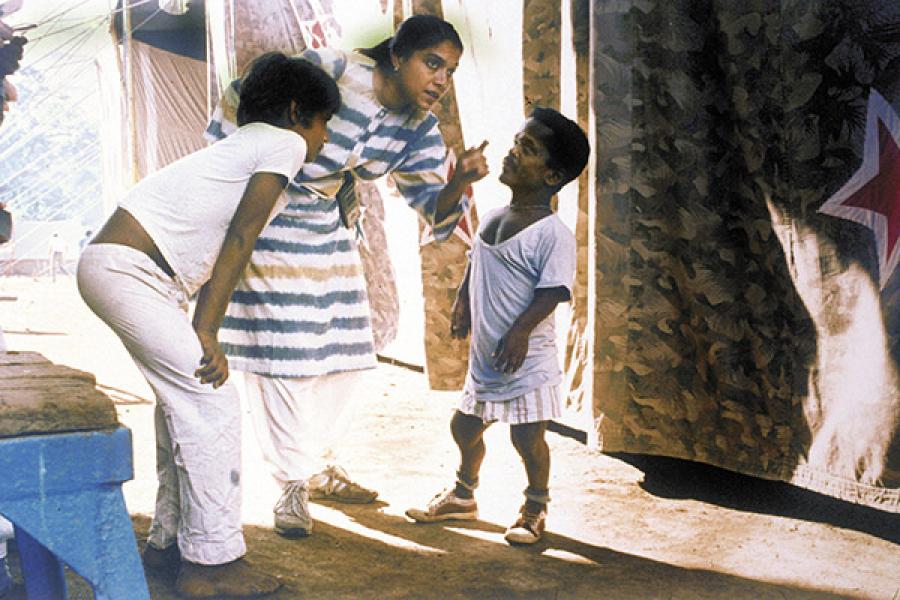 I think her influence—and I would like to keep this well beyond as a woman filmmaker of which there are few and far between—is that of an absolute leader. Also I think she makes herself available to mentor young talent. But I believe her influence goes beyond her field, because her films also speak for themselves. Their messages are of hope, not despair. Mira chooses themes that make a statement, and draw interest and reflection.
– Naina Lal Kidwai

It’s because my roots are strong that I can fly.” I remember how Mira Nair’s words had stayed with me for a hauntingly long time. As she went on to elaborate, I kept telling myself, here was the master raconteur doing what she does best. With a few carefully chosen words she had already transported me to another world. And being the person she is, once you enter Mira’s world of stories, you want to stay there.

Growing up in Rourkela, a small town in Orissa [now Odisha], had taught Mira to rely on one’s own imagination. “I was fairly industrious, very curious and was deeply engaged with people and their lives,” she says. “The ayahs, the peons and their families were as much a part of my life as my own family and I could see the distinctions between the high and the low, which made a profound impression on me—that has formed the basis of what I do now.”

As far as cinematic influence went, however, there was not much Rourkela had to offer. Where cinema was absent, though, there was literature in plenty. Mira read voraciously and wrote a lot, and was influenced by her father’s love for Urdu and Persian poetry, and Shakespeare. A student of the sitar, she would also watch the great Odissi dancer Sanjukta Panigrahi doing her riyaaz at a nearby temple—“I looked for my path without knowing that I was looking for it.”

A Fascination With Films
“I started as an actor when I was at Miranda House in Delhi University,” she tells me when I ask her why she chose filmmaking as her creative pursuit. “We did a lot of political street theatre and regular theatre. I got seriously involved with that scene.”

Mira sought scholarships to universities abroad—“When I got a scholarship to Harvard in 1976, I assumed I would be studying drama. But I couldn’t relate to the course and started on a still photography course that taught me how to capture the world within a frame. I then found a course for cinema and eventually majored in documentary filmmaking and it got me hooked.”

According to her mother, Praveen, Mira’s admission to Harvard was a big turning point. “She was very happy there because there was this opening up of her education and her mind,” she says.

Her school friend Naina Lal Kidwai, says, “Before the conversations about going abroad even started for the rest of us, she had pretty much decided to go to Harvard University. Because I had grown up in a very conventional family, studying abroad was not the norm, and the fact that Mira went certainly influenced me. That is what she was—always a pioneer, a bit of a risk-taker, and prepared to take the plunge as and when she had to.”

At Harvard, Mira met two people who were to be very significant for her personally and professionally: Her photography teacher Mitch Epstein, whom she later married, and her classmate Sooni Taraporevala, who was to become a close friend, her screenwriter and collaborator in all films. 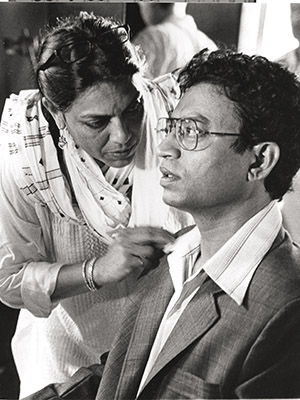 Feature Films: The Love Affair Begins
Mira’s first fiction film was influenced both by her love for the documentary medium (with which she had started her career in filmmaking) and her deep involvement with those less-privileged. Salaam Bombay! changed Mira’s life, and continues to be a strong influence in her world. The story revolves around a runaway boy who lives on the streets of Bombay, amid sex workers, drug addicts and other marginalised citizens; it struck an immediate chord with the filmmaker.

Dinaz Stafford was on her way to a PhD at Cambridge when she was struck by “an irresistible force called Mira Nair.” She says, “She roped me in to collaborate on finding street-children and developing a workshop that would culminate in the filming of Salaam Bombay!.” The two went on to work on other films together, including Mississippi Masala and Kamasutra: A Tale of Love.

Mira chose actual street kids to be her actors, put them through rigorous workshops and spent months with them, along with her screenwriter Taraporevala, chatting, dancing, playing cards, doing yoga and taking them for movies. At the end of it all, having gleaned some glimpses into their lives, Taraporevala wrote the script, while Mira carried on with her relentless search for funds. Working on a largely non-existent budget, Mira shared a friend’s Bombay flat with much of her cast and crew, spending nights trying to raise money to fund the next day’s shoot. Despite the odds, Salaam Bombay! was completed and released in 1988. And there was no looking back for Mira. A huge hit in several countries, it opened the floodgates, letting in accolades—the one she cherishes most is from the legendary director Satyajit Ray who told her that he hadn’t seen a film that moved him more.

Mira’s journey had only started.

I ask Mira where she gets her creative inspirations from. “Well, they’re different for each film,’ she says. “Mississippi Masala was influenced by the motels in America, which are run by Indian families who had been chased out of Uganda by Idi Amin. The inspiration for Monsoon Wedding came from my own dining table and the beautiful chaos of family life in which there is closeness, but also darkness and unspoken secrets.”

Living On Three Continents
After marrying Mahmood Mamdani—a writer and professor of anthropology, who also specialises in the study of African history and politics—Mira divides her time across three homes in three different continents. India—where she is from, Uganda—home to her husband, and the US, where the couple keep going for work. Every time she is asked which of the three she considers home, she says, “My clothes hang in three places, but I have a garden only in Kampala and where you plant your garden is your true home [because] you want to go back and see how much the trees have grown.”

The fact is that hard work and immense determination have been a way of life for Mira. She is famously known as a risk-taker, brilliant crisis-manager and someone who never slows down. And she often describes herself as an aspiring yogi. It is humbling to me to hear that this larger-than-life, brighter-than-sunshine genius is, at heart, still a seeker—“Fun, laughter, music, fashion, film—I love all of it. I was lucky to go to Harvard at 20 and discover documentary filmmaking. It became my way to engage with the world. Film allows one to hold up a mirror to society, to who we are as people.”