This hotelier is donning the revivalist's hat again

Having breathed new life into classic properties in the Midwest and the Caribbean, hip hotelier Ben Weprin has a new vision for New Orleans 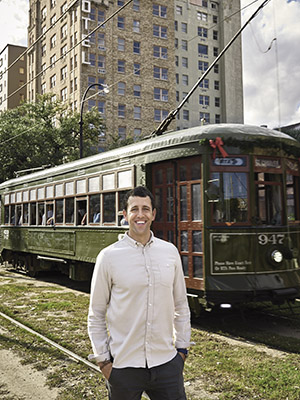 Image: Craig Mulcahy for Forbes
Weprin is jazzing up the Pontchartrain in New Orleans with help from chef John Besh and Cooper Manning

Resurrection is a time-honoured tradition in New Orleans, and the city’s latest renaissance is happening now at the Pontchartrain Hotel, a 106-room, 88-year-old property in the Garden District.

The flags above its awnings still droop and its Venetian-style plaster façade has faded from its former glory. It’s what a realtor might market as a fixer-upper, one with plenty of character. Back in the day, the Manning family used to go to the Pontchartrain for holiday dinners, Archie suiting up his boys in jackets and ties. Tennessee Williams lived in the hotel while writing A Streetcar Named Desire; the city’s green trolleys still rumble past on St Charles Avenue.

The man responsible for renovating the Pontchartrain for a June 2016 opening couldn’t be more excited at its potential. “Dude, the history of New Orleans is amazing,” says Ben Weprin, 37, winding through the construction consuming the hotel’s interior. “New Orleans is just f@#king cool. Lil Wayne grew up around here!”

Weprin, founder of Chicago-based AJ Capital Partners—AJ stands for adventurous journeys—is one of the hottest young hotel developers in the country. He specialises in buying a run-down gem and giving it a new shine, a task undoubtedly made easier by his irrepressible midwestern optimism. Armed with $800 million in equity raised from the likes of billionaire John Pritzker, he has successfully rejuvenated resorts and hotels in the Caribbean, Miami, Napa Valley and, of course, Chicago. AJ Capital’s portfolio contains 18 hotels,  including the iconic Malliouhana in Anguilla, and the more reasonably priced Graduate hotels (upscale lodging in much-visited college towns). “He’s aggressive and knows what he wants,” says Pritzker, who was an executive at his family’s Hyatt Hotels before launching the Joie de Vivre, tommie, Alila and Thompson boutique hotels. “There’s no stopping Ben if he wants something.”

Weprin needed to think that way when he got started—in the fourth quarter of 2008 (the characters Q408 partially form AJ Capital’s official logo). After working as a real estate broker and for Chicago developer and restaurateur Larry Levy, Weprin set out to raise his own capital to buy luxury resorts, figuring the crash would make them less expensive. And if the properties had the right provenance, he reckoned, people would eventually return. He scraped together funds from “whoever would invest in me”, he says, even hitting up his childhood dermatologist (who contributed a small amount).

Much of Weprin’s time has been spent in Chicago. There he has renovated and reopened three hotels: The Soho House Chicago, Hotel Lincoln and the Chicago Athletic Association, which as its name suggests was once a private men’s club. He has a schmaltzy line about what he does—“We’re not owners; we’re stewards”—but he does tend to look at a new property with a preservation architect’s gaze, thinking first about what he can save and second about what he should add. He’s careful not to apply a distasteful amount of gloss, sneering at the Hiltonesque idea of interactive TV with a video about the hotel’s amenities and history. 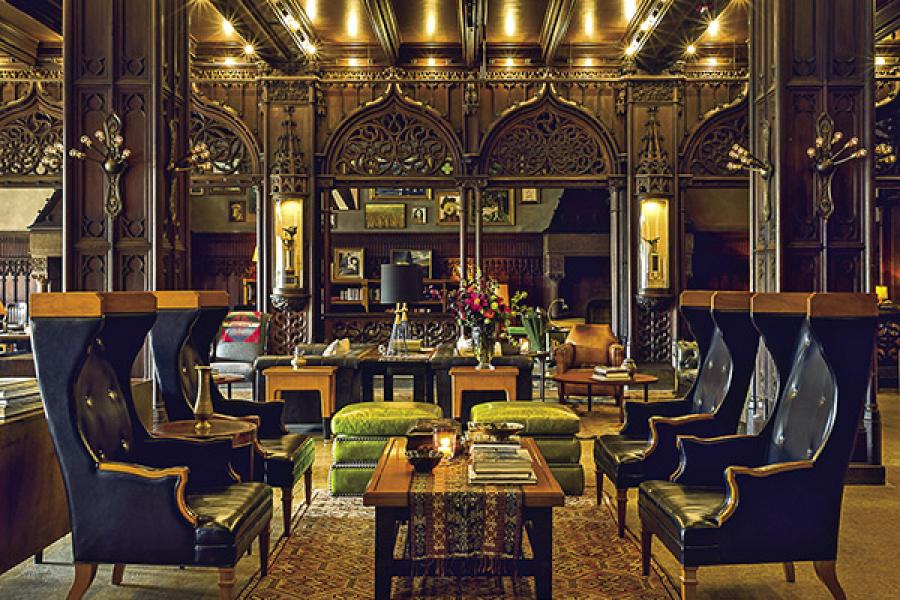 At the 241-room Chicago Athletic Association, a magnificent Venetian Gothic landmark overlooking Millennium Park, he made sure to keep the majestic original ballroom while installing an energetic rooftop restaurant, Cindy’s, and, appropriately enough, a game room.

Weprin has approached the Pontchartrain similarly. In November 2015, New Orleans chef John Besh signed on to oversee the hotel’s four restaurants, including the famed Caribbean Room. “We’re bringing it all back,” he says, breezing out of the once and future Silver Whistle coffee shop on the first floor, where politicos fuelled by blueberry muffins ruled the Crescent City. (Weprin swears he has the original recipe and that those pastries will return, too.) “It’s going to look just like it did in 1927.” Across the hall, bags of concrete on the floor of the Bayou Bar mark the progress of its restoration. The murals above the bar are staying. They depict a sleepy view of life on the bayou: Boats, fishermen, shacks. On the roof, Weprin is putting in an entirely new bar. New Orleans is long on places to get a drink but short on boozy aeries.

“There are a lot of excuses to have a few more in this city,” says Cooper Manning, Eli and Peyton’s brother, joining Weprin in a completed guest room. Manning, an oil and gas executive, is one of Weprin’s investors, as well as a close friend. (The bar at the Graduate hotel in Oxford, Mississippi, where Archie, Eli and Cooper attended Ole Miss, is named The Coop.)

Weprin has designed each room at the Pontchartrain to feel homey, a rejection of cookie-cutter chic at boutique hotels. The room’s white linens, green rug and scarlet bedside bench form a pleasant, playful contrast, and the drink service programme oﬀers guests the opportunity to have craft cocktails made in-room.

“It has the same feeling as staying at someone’s house,” Manning says. “Your bohemian aunt’s house,” says Weprin. “Where you can have a Scotch,” adds Manning. “Right, the aunt who gave you your first Scotch at age 14.”

Tweets by @forbes_india
The in-between world of renowned writer MG Vassanji
30 Under 30: Abish Mathew - The joke's on him