Neuroscience And Leadership: The Promise Of Insights

Leaders engage and inspire others- that is how their work gets done. For the last 100 or so years, we have studied their personality, intelligence, values, attitudes and even behavior. But seldom has anyone ventured physiologically inside of leaders. Advances in fMRI (functional magnetic resonance imaging), access to people and machines, and interest in more holistic approaches to studying leadership have made this possible. This has become so popular and hot that a special issue of Leadership Quarterly is being reviewed right now on the Biology of Leadership (Senior, Lee & Butler, 2010). In this brief overview, I will use a few of our current studies to highlight some of the areas that seem to hold promise. 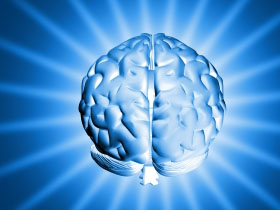 A study was designed to explore the neural mechanisms invoked as a result of relationships with resonant, high-leader member exchange (i.e., LMX), high-quality relationship leaders, and dissonant, lo- LMX, low-quality relationship leaders (Boyatzis, Passarelli, Koenig, Lowe, Mathew, Stoller, & Phillips, in review). Middle-aged subjects were asked about critical incidents with leaders in their experiences. fMRI scans were conducted, with cues developed from these experiences.

With creative designs, future research can probe the neural activations that various relationships and people have had on us. We can begin to understand how they may be affecting our moods and cognitive openness.

Possible Implications
In Primal Leadership, Resonant Leadership, and a more recent article in Harvard Business Review (Goleman & Boyatzis, 2008), we offered many examples of leaders who build resonant relationships with others around them — many others around them. And dissonant leaders who seem to turn people off, alienate them, and lose their motivation. The neuroscience findings emerging suggest a basic reason why inspiring and supportive relationships are important — they help activate openness to new ideas and a more social orientation to others.

These insights may move the primacy of a leader’s actions away from the often proselytized “results-orientation” toward a relationship orientation. This does not preclude the concern with results, but could show why being first and foremost concerned about one’s relationships may then enable others to perform better and more innovatively– and lead to better results. John Chambers of Cisco Systems and Oprah Winfrey of Harpo Productions are both driven to produce impressive results. But when people who work directly with them talk about their meetings, they walk out of them motivated and inspired by what they are doing and their commitment to each other.

Emotional Contagion and Empathy
While most people will acknowledge the role of empathy in understanding others, few appreciate how quickly impressions of others get formed or the neural mechanisms involved. For this we must look to the research on contagion. Prior research has explained mimicry and imitation (Hatfield, Cacioppo & Rapson, 1993). But recent studies, although somewhat controversial, offer three possibilities regarding emotional contagion: (1) emotional contagion spreads in milliseconds, below conscious recognition (LeDoux, 2002); (2) emotional arousal may precede conceptualization of the event (Iacoboni, 2009); and (3) neural systems activate endocrine systems that, in turn, activate neural systems (Garcia-Segura, 2009).

The mirror neuron system has been claimed to foster imitation and mimicry (Cattaneo & Rizzolatti, 2009). This system allows us to discern the: (a) context of an observed action or setting; (b) the action; and (c) the intention of the other living being. They help us to understand the sensing of the goals/intention of another’s actions or expressions, and to link sensory and motor representation of them. Even the most recent approaches to emotional contagion that do not focus on the mirror system claim to show a sympathetic hemo-dynamic that creates the same ability for us to relate to another’s emotions and intention (Decety & Michalaks, 2010).
Relevant to leadership, there are three implications of these observations: the speed of activation, the sequence of activation, and the endocrine/neural system interactions. The firing of the limbic system seems to occur within 8 milliseconds of a primary cognition and it takes almost 40 milliseconds for that same circuit to appear in the neocortex for interpretation and conceptualization (LeDoux, 2002). With this timing, our emotions are determining cognitive interpretation more than previously admitted. Once primary cognitions have occurred, secondary cognitions allow for the neocortical events (i.e., reframing) to drive subsequent limbic or emotional labeling. Our unconscious emotional states are arousing emotions in those with whom we interact before we or they know it. And it spreads from these interactions to others. Research has suggested that negative emotions are stronger than positive emotions (Baumeister, Bratslavsky, Finkenauer, & Vohs, 2001). As a result, we would suspect that the contagion of negative emotion would ignite a stronger neural sequence than positive emotions. This may serve evolutionary functions but, paradoxically, it may limit learning. Arousal of strong negative emotions stimulates the Sympathetic Nervous System, which inhibits access to existing neural circuits and invokes cognitive, emotional, and perceptual impairment (Sapolsky, 2004; Schulkin, 1999; Dickerson and Kemeny, 2004).

The benefits of arousing positive emotions over negative ones have been demonstrated by Fredrickson and Losada (2004) and others. A contagion of positive emotions seems to arouse the Parasympathetic Nervous System, which stimulates adult neurogenesis (i.e., growth of new neurons) (Erickson et. al., 1998), a sense of well being, better immune system functioning, and cognitive, emotional, and perceptual openness (McEwen, 1998; Janig and Habler, 1999; Boyatzis, Jack, Cesaro, Passarelli, & Khawaja, 2010).

The sustainability of leadership effectiveness is directly a function of a person’s ability to adapt and activate neural plasticity. The SNS and PNS are both needed for human functioning. They each have an impact on neural plasticity. Arousal affects the growth of the size and shape of our brain. Neurogenesis allows the human to build new neurons. The endocrines aroused in the PNS allow the immune system to function at its best to help preserve existing tissue (Dickerson and Kemeny, 2004).

Possible Implications
The most likely implication of these results is that leaders bear the primary responsibility for knowing what they are feeling and therefore, managing the contagion that they infect in others. It requires a heightened emotional self-awareness. This means having techniques to notice the feelings (i.e., know that you are having feelings and become aware of them), label or understand what they are (i.e., giving a label to vague or gnawing sensations), and then signal yourself that you should do something to change your mood and state. Merely saying to yourself that you will “put on a happy face” does not hide the fast and unconscious transmission of your real feelings to others around you.

You are infecting others around you with specific feelings. Some of those feelings help them to perform better and innovate and some are debilitating and inhibit adaptive thinking. Remember, negative feelings, even the unconscious ones, will easily overwhelm positive ones. The leader, because of his/her position of power, has a greater affect on others in a social or work environment. Being able to change your internal state might be one of the most powerful techniques you learn in becoming an effective leader– one who inspires others to learn, adapt and perform at their best.
Helping and inspiring others

Leaders should be coaches in helping to motivate and inspire those around them (Boyatzis, Smith & Blaize, 2006). But not any old form of coaching will help. Coaching others with compassion, that is, toward the Positive Emotional Attractor, appears to activate neural systems that help a person open themselves to new possibilities– to learn and adapt. Meanwhile, the more typical coaching of others to change in imposed ways (i.e., trying to get them to conform to the views of the boss) may create an arousal of the SNS and puts the person in a defensive posture. This moves a person toward the Negative Emotional Attractor and to being more closed to possibilities. We decided to test this difference.

In a study, sophomores were coached with each approach (Boyatzis, Jack, Cesaro, Khawaja & Passarelli, 2010). On the basis of two 30 minutes coaching sessions, one to the PEA (asking a person about their future dreams) and the other to the NEA (asking them how they are handling their courses and whether they are doing all of their homework), we found dramatic differences in neural activation. Using an fMRI to track neural activity, it showed significant differences in activation as a result of these two approaches to coaching. We found activation of the orbito-frontal cortex and nucleus accumbens to be positively related to PEA coaching. This also activated a part of the visual cortex in which a person can imagine and visualize something. These are associated with PNS arousal. Meanwhile, the NEA seemed to activate the Anterior Cingulate Cortex and Medial Prefrontal Cortex, both regions known for self-consciousness and reflections while feeling guilt.

These results were consistent with those from Jack, Dawson, Ciccia, Cesaro, Barry, Snyder & Begany (2010) showing that there is a network of brain regions activated when engaged in social activities (formerly called the Default Motor Network in the neuroscience literature). There is a dramatically different network that is activated when you are engaged in analytics or trying to solve a non-social problem. They showed that these two networks suppress each other. That is, when you are busy thinking about budgets, financial analysis, or product specifications, you will have turned off the parts of your brain that are key to social functioning– and visa versa!
Possible implications

If you believe that leadership involves inspiring others and motivating them to be their best and develop, learn, adapt and innovate, then activating the parts of their brain that will help requires arousing what we have called the Positive Emotional Attractor. To arouse the PEA, these studies are suggesting that we need to: (1) be social; and (2) engage the person in positive, hopeful contemplation of a desired future. The latter might also be stimulated when discussing core values and the purpose of the organization or project. All too often, people in leadership positions begin conversations about the financials or metrics and dashboard measures of the desired performance. These findings suggest that while important, this sequence confuses people and actually results in them closing down cognitively, emotionally and perceptually. If you want them to open their minds, you need to discuss the purpose of the activity (not merely the goals) and the vision of the organization or clients if a desired future were to occur. THEN, you can lead a discussion about the financials, metrics and measures. But you have made it clear that the measures follow the purpose, they have not become the purpose.

Findings such as these may help us to understand, if replicated, how to help others– and how to help us sustain our effectiveness as leaders.

Tweets by @forbes_india
Protecting Know-How In China: Process Is Simple And Complex
Should We All Get Pap Smears?