The Next Generation of Big Businessmen 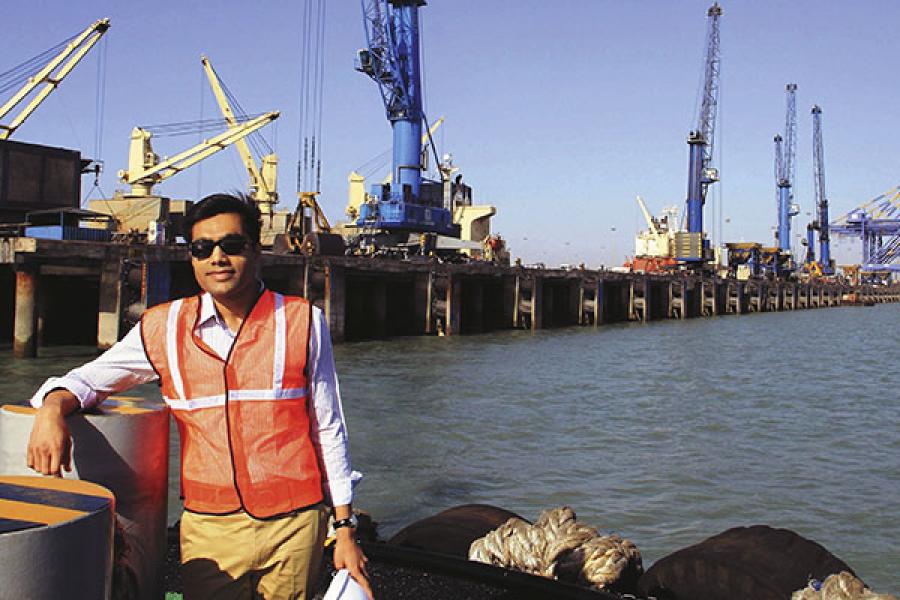 Karan Adani
Executive Director, Ports, Adani Group
Karan Adani’s first shift at Mundra port is well reported. As a management trainee, he wore a boiler suit and helmet to understand operations. His baptism by fire paid off two years later, in 2009, when he reached the helm as executive director, ports. The economics graduate from Purdue University, USA, has since been involved in the Mundra, Dahej and Hazira port projects and is spearheading capital-intensive projects in new ports. His areas of focus are ports, power and logistics, a break from the Adani Group’s traditional strongholds of coal, gas and oil. “Adani’s port infrastructure business has been growing at a compounded rate of close to 30 percent over the last couple of years,” says the 24-year-old. “The Mundra port is a gateway to the Indian economy, and it is my objective to replicate the Mundra model in the rest of India, ensuring a seamless supply of goods across the country.” The first quarter net profit of Adani Ports and SEZ rose a higher-than-expected 64.6 percent year-on-year, to Rs 418 crore.

In 2010, it established a wholly-owned subsidiary in Freiburg, Germany, and earlier this year, launched solar water pumping solutions in Maharashtra, Gujarat, Bihar, Rajasthan, Jharkhand and Uttar Pradesh. The projects benefit hundreds of villages by providing crucial hydro functions, such as irrigation, in some of India’s hottest and driest states.

At Sun, the 28-year-old works as a senior general manager, covering markets in South East Asia and the Commonwealth of Independent States.

He joined the company as a trainee in February 2006 and, in September 2010, became a member of the board of directors at Taro, an Israel-based pharma company in which Sun has a controlling stake. While the value of Sun’s stock has trebled since, Taro’s has grown four-fold on the New York Stock Exchange.

Priya Agarwal
Director, Cairn India
(A subsidiary of Vedanta Resources)
Given her background in psychology and business management, it is not surprising that Vedanta Group chairman Anil Agarwal chose daughter Priya to ward off the bad press his company and its subsidiaries have received. In her earlier stints, Priya worked with Ogilvy & Mather, Korn/Ferry International and HDFC Bank. The the 23-year-old, who joined Cairn as a director in January 2012, is proving her mettle within the company.

The Warwick University graduate oversees ‘Khushi—Creating Happiness’, an initiative by Vedanta that works on rural child development projects. It has brought 9,000 underprivileged children into the fold of the formal education system, and organised over 2,500 free cleft-lip surgeries. Her love for animals led her to found the NGO, Youth Organisation in Defence of Animals, where she, along with four others, rescues and nurses abandoned and abused animals.

Nivaan Goyal
Management Trainee, Jet Airways
The entry of Jet Airways promoter Naresh Goyal’s son Nivaan in the company as a management trainee in 2010 set off a debate about the role he would take up in future. Senior professionals within the company wondered what thought process Nivaan, who was brought up in London, would bring on board. The 22-year-old may have to walk an extra mile to connect with the Indian ethos that runs in Jet Airways.

Nivaan, who is the fourth member of the family to be inducted into the business, is still studying, and spends his vacations learning the ropes. He does stints across different departments, and gets hand-on lessons about all the aspects of running an airline. Will he be able to further his father’s achievements of making Jet Airways one of the most preferred airlines in the country? Only time will tell. 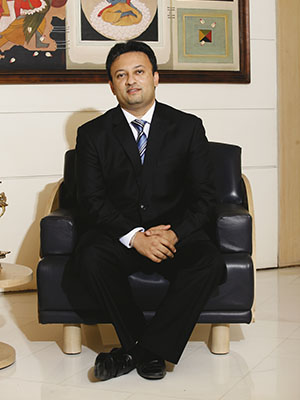 Dr. Sharvil P Patel
Deputy Managing Director, Zydus Cadila
Dr Sharvil P Patel, son of Cadila Healthcare CMD Pankaj Patel, brings to the table a combination of pharma research and management. Two years ago, he assumed the role of the chief negotiator of Cadila Healthcare during a deal with Abbott to market Cadila’s drugs in emerging economies. Today, at 34, he has the age, expertise and experience to lead Cadila. He is also part of the Zydus executive board and has helped steer the group across the $1 billion-dollar mark in revenues in 2012. A PhD from Johns Hopkins Bayview Medical Center, USA, Patel has been with Zydus Cadila since 2003 and has spearheaded initiatives like creating a portfolio of IP-driven products, establishing new streams in the domestic formulation business as well as including next-generation products in the global business. He wants to make a larger foray into the wellness domain by pushing for products like Sugar Free, EverYuth and Nutralite.

Image: Pravin Indrekar for Forbes India
DR. SHARVIL P PATEL: A PhD from Johns Hopkins, he is armed with the expertise to lead

Pranav Tanti
Finance Manager, Suzlon Wind Energy Corporation, USA
Suzlon chairman Tulsi Tanti didn’t expect any of his children to enter the business, but son Pranav sprung a pleasant surprise in 2010 when he did just that. And even before completing a year in his father’s company, Pranav showed exemplary leadership traits as, in August 2011, he pledged 72 percent of his shares to help raise Rs 5,000 crore that Suzlon needed. Having seen the company through one of its toughest phases, Pranav will now have the right mix of prudence and aggression to take the company to the next level.