With WinPE, Nupur Garg, one of the most recognised faces in the Indian investing ecosystem, is working towards gender diversity in the sector 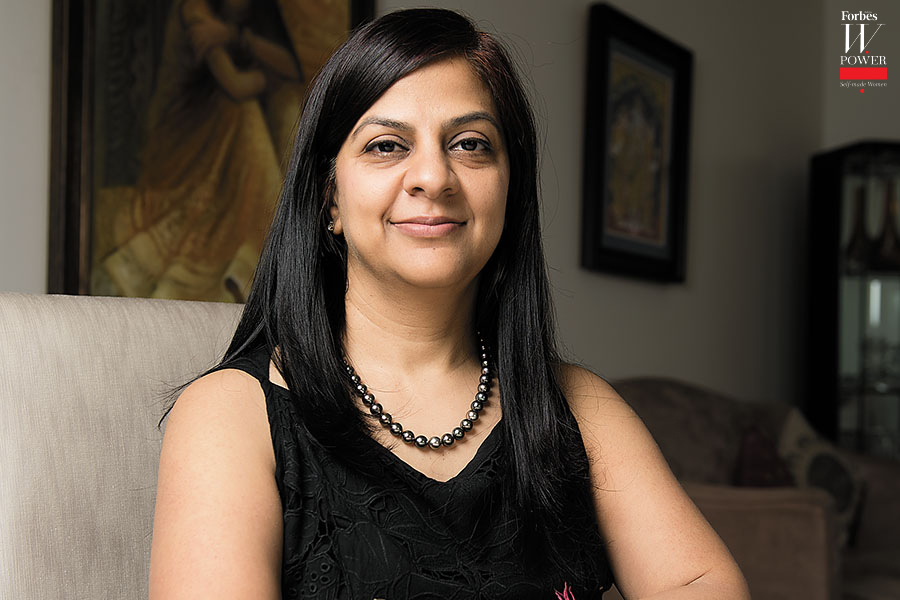 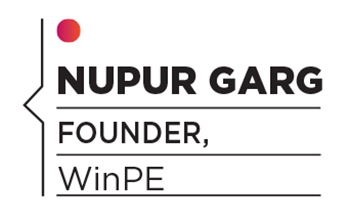 From her early days in finance when she joined PwC in 1997 after completing her chartered accountancy, it hasn’t been unusual for Nupur Garg to find herself in a room that rarely has any women in it. But shattering glass walls has always come easily to Garg, one of the most familiar faces of Indian private equity, known to be a male dominated ecosystem.

At PwC, Garg, who specialises in the financial services industry, did the first audit of a private life insurance firm, of a corporate mutual fund and the management audits of the largest public sector bank treasuries and a primary dealer, among other things.

Garg’s journey in private equity started in 2007, when she joined International Finance Corporation (IFC), an investment arm of the World Bank. She was to pilot a de-centralised risk management framework into delegated decision-making in the Asia Pacific region.

In the aftermath of the 2008 global financial crisis, she also ended up working on other areas of risk management.

Meanwhile, in 2010 her husband Amit Kumar Garg applied to MIT Sloan School of Management. Garg thought MIT was way out of her league but at her husband’s insistence she applied too. Both graduated in 2011, after which Garg, who had taken a sabbatical for the MBA, re-joined IFC in New Delhi where she started covering IFC’s private equity activities in South Asia, including originating, negotiating and closing private equity investments.

“After spending two decades in finance, I strongly believe that investing is more than numbers,” says Garg who says investing is both an art and a science.

“Investing requires backing a thesis and a team that delivers that thesis—both these factors require significant qualitative assessment. My own experience in my operational roles at PwC, Discovery Networks and Wolters Kluwer has afforded me a perspective that allowed me to dig into the quality of thesis and assess the skills of the team.”

Apart from numbers, Garg emphasises that the key to doing any deal is the people you are investing in. “Reading people is critical as is the ability to slow down when inconsistencies start showing. Over the years, I am able to find the inconsistencies and gaps and where the dots don’t connect,” says Garg who, in 2019, resigned from her role at IFC, where she felt her career had peaked.

When not crunching numbers, Garg is hooked to fiction. She has read Robert Ludlum multiple times and is currently hooked on Daniel Silva.

After her departure from IFC in February 2019, Garg joined the board of Small Industries Development Bank of India (Sidbi) as an independent director. She is also an independent member of the investment committee of the ₹10,000-crore Fund of Funds for startups that is managed by Sidbi and the $1 billion Fund of Funds managed by National Investment and Infrastructure Fund.

“ Her experience in investing in PE is unparalleled and she has a very good grasp on what she is looking for.”

Apart from these, she is also consulting fund managers on institutionalisation and fund management on best practices.

While one might assume she has enough on her plate, the birth of her son four years ago also nudged Garg into thinking about what she wants her legacy to be and her priorities. After much thought she decided she wanted to do something for women in private equity, who are highly under-represented in the sector.

Last month Garg launched WinPE, a registered association to promote women in private equity, which has been backed by large private equity funds like General Atlantic, Warburg Pincus, Multiples PE, and A91 Partners among others.

The association will impart knowledge sessions, groom women in private equity, help advocate cultural changes in leadership and have other activities to increase their participation. For this, Garg had gone to London to understand the nuances of Level 20, a not-for-profit organisation that inspires more women to join and succeed in private equity in Europe.

“I have closely worked with Nupur since 2015 and her approach is pragmatic, goal-oriented and she is passionate about her investments. Her experience in investing in private equity funds is unparalleled and she has a very good grasp on what she is looking for in the investment,” says Renuka Ramnath, founder of Multiples Alternate Asset Management.

“She has recently launched a platform for women in private equity to demystify the industry and to sensitise more people in the sector,” adds Ramnath. “She is committed to this industry and what she has embarked upon is excellent, and she is not doing it for herself but for the industry.”

Tweets by @forbesindia
Neha Rastogi: Monitoring heart rates with a keychain
Podcast: The stories behind Blackstone's Stephen Schwarzman's new book, 'What it Takes'