A billion dollars worth of innovations aids Tata Group's earnings

The salt-to-software conglomerate spent close to Rs 18,000 crore in FY14-15 towards R&D as it seeks to leverage innovation and technology for future growth 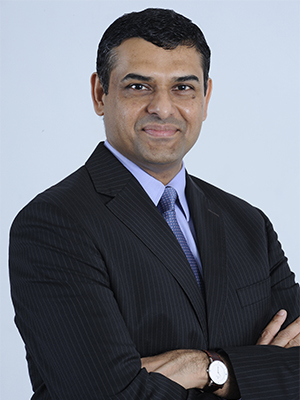 The Tata Group has realised financial benefits to the tune of a billion dollars, both in terms of additional revenues as well as cost savings, by implementing innovative solutions that have originated in-house, according to Tata Sons’s brand custodian and member of the group executive council, Mukund Rajan.

At a press conference in Mumbai on Wednesday, the salt-to-software conglomerate showcased the various efforts that it has taken to spur innovation and leverage technology to make itself future-ready. The $108 billion-group has doubled the number of patents it has published in the last two years – from 3,500 such patents at the end of calendar year 2013 to 7,000 at the end of 2015.

The conglomerate, which under the leadership of chairman Cyrus Pallonji Mistry, has been focusing on customer-centricity and seeking to leverage innovation and technology as a lever for sustainable and profitable growth, spent around 2.7 percent of its turnover, or Rs 17,896 crore on account of research and development (R&D) in FY15, Rajan said.

Both Rajan and Gopichand Katragadda, group chief technology officer, Tata Sons, concurred that there was ample scope to increase the proportion of revenues that the conglomerate spends on R&D. “Globally, companies spend about four percent of their turnover on R&D,” Katragadda said.

The group has identified four verticals within which it wants to focus on developing “global first solutions”. These segments are energy, food and wellness, digital consumer products and services, and digital factor and fleet.

Some of the innovative solutions that are in advanced stages of development include a smart wearable device for factory workers that helps monitor their health and physical activity while at work; unmanned aerial vehicles that can spray farmlands, which are typically quite fragmented in India with the optimal quantum of pesticides through precision targeting; and the development of a new material – graphene, which is hundred times stronger than steel by weight and can be used for applications including making touchscreens for electronic devices.

Rajan reiterated that globalisation was very much going to be a part of Tata’s growth story going forward – despite a setback in the group’s European steel business, a large part of which it is now looking to sell – as it was “important to stay in touch with the latest trends across the globe and keep innovating accordingly.”

Tweets by @forbes_india
The Marriott-Starwood merger spells good news for consumers
AI platforms will be at the core of true digital businesses: Cognizant