They're rich. Their earning power is undiminished. And they're deceased. Death be not proud but for these late celebs, it can still be pretty lucrative

In the past 12 months, Elizabeth Taylor, despite the obvious handicap of no longer being alive, earned more money than Oprah Winfrey. She brought in $210 million from beyond the grave, making her our highest-earning dead celebrity. Here’s how she did it.

CHRISTIE’S AUCTION: Taylor owned a treasure trove of jewellery, costumes and fine art. Rather than have her heirs fight over it, she decided to sell everything after her death; proceeds went to friends, family and her AIDS charity. The two-day auction grossed $184 million. The pricier highlights: Van Gogh’s 1889 painting of the chapel at Saint-Rémy ($16 million); pearl, diamond and ruby necklace by Cartier ($11.8 million).

PERFUME: Taylor’s White Diamonds is one of the bestselling perfumes in the US. In 2011, it generated $75 million in retail sales.

MOVIES: After Cleopatra in 1963, Taylor negotiated a 10 percent ownership stake in each of her subsequent movies. She also collected royalties from Around the World in 80 Days, which was produced by her late husband Michael Todd. 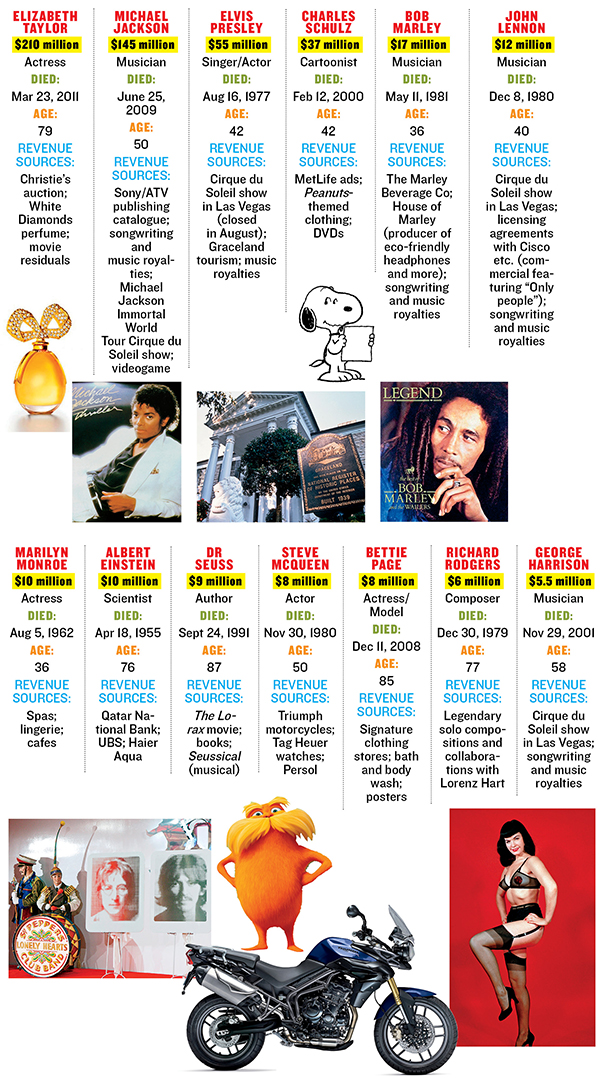