Airbnb CEO pledges to verify all home listings by 2020

By the end of next year, chief executive Brian Chesky said, Airbnb will check the accuracy of photographs, addresses and other information posted with each property, as well as verify that the listings meet safety standards and that the hosts are who they say they are 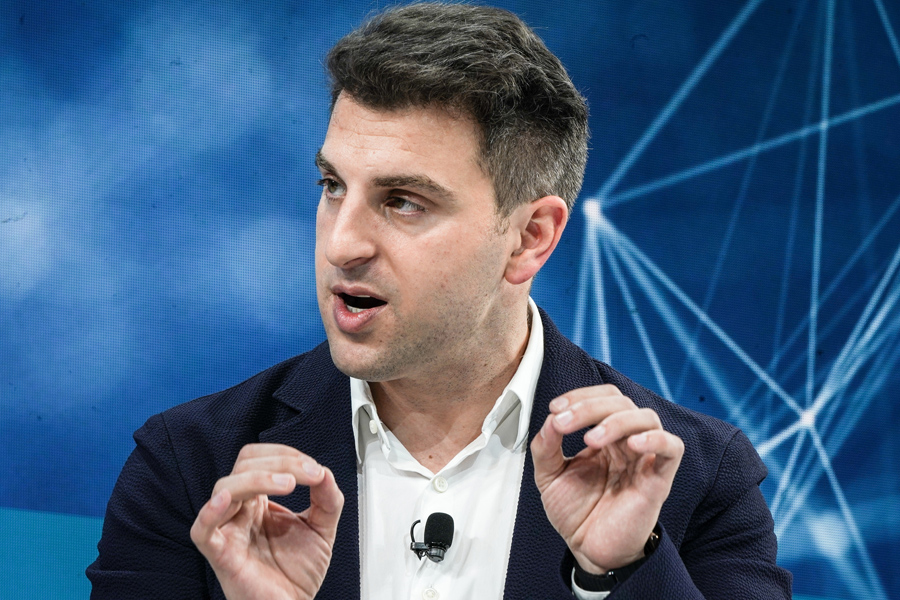 Brian Chesky, the chief executive of Airbnb, speaks at the annual DealBook conference in New York, on Wednesday, Nov. 6, 2019. The company is planning more detailed checks of rentals on its site after five people were killed at a California Airbnb. “We want to give peace of mind to our guests,” Chesky said Wednesday. (Jeenah Moon/The New York Times)

Airbnb plans to conduct a comprehensive review of every property listed on its platform as part of a series of initiatives to give customers “peace of mind,” Brian Chesky, the company’s chief executive, announced at the DealBook Conference in Manhattan on Wednesday.

By the end of next year, Chesky said, Airbnb will check the accuracy of photographs, addresses and other information posted with each property, as well as verify that the listings meet safety standards and that the hosts are who they say they are.

“We’re going to make sure we can stand behind every single listing, every single host,” he said. “We want to give peace of mind to our guests.”

Chesky did not explain precisely how Airbnb would verify every listing. “We’re going to be coming back with more details,” he said. But he said the process would involve asking users whether the information in certain listings turned out to be accurate. An Airbnb spokesman said Wednesday that the company would verify postings “using a combination of remote technology inspections and verifications from our community.”

The verification pledge comes less than a week after five people were killed at a party in an Airbnb rental house in Northern California on Oct. 31. Two days later, Chesky announced a ban on “party houses.”

In addition, he said at the conference, the company would conduct especially rigorous reviews of “high-risk” reservations that seem likely to lead to parties. It would also establish a hotline to address concerns from neighbors, he said, and guarantee a new Airbnb placement or a full refund to guests who check in to a property that does not match the description on the website.

“About 2 million people a night stay in Airbnbs and most without incident,” Chesky said. Still, he added, “It’s hard to prevent every bad thing happening.”

Across the technology sector, companies are reckoning with the unintended consequences of how people use their platforms, including the spread of disinformation on Facebook and racist taunts on Twitter.

“Many of us in this industry over the last 10 years are going from a hands-off model where the internet is an immune system to realizing that’s not really enough,” Chesky said. “We have to take more responsibility for the stuff on our platform. This has been a gradual, maybe too gradual, transition for our industry.”

Airbnb has faced backlash from critics who argue that its rentals push often unruly tourists into residential areas. On Tuesday, the company suffered a major defeat in Jersey City, New Jersey, where residents voted overwhelmingly in favor of stricter regulations on short-term rentals that will almost certainly shrink the number of listings just a short train ride away from Manhattan.

Airbnb plans to go public in 2020, joining a series of tech companies that have made public stock offerings, with varying levels of success. Rather than hold a standard initial public offering, some of those companies have chosen to stage “direct listings,” in which the company does not issue new shares or raise capital — its stock simply begins trading.

Asked Wednesday about an IPO versus a direct listing, Chesky was noncommittal, saying, “I certainly don’t have any news to make.” But, he added, “We also don’t need to raise new money.”