German Chancellor is followed by Hillary Clinton and Melinda Gates; four Indians make it to the coveted list 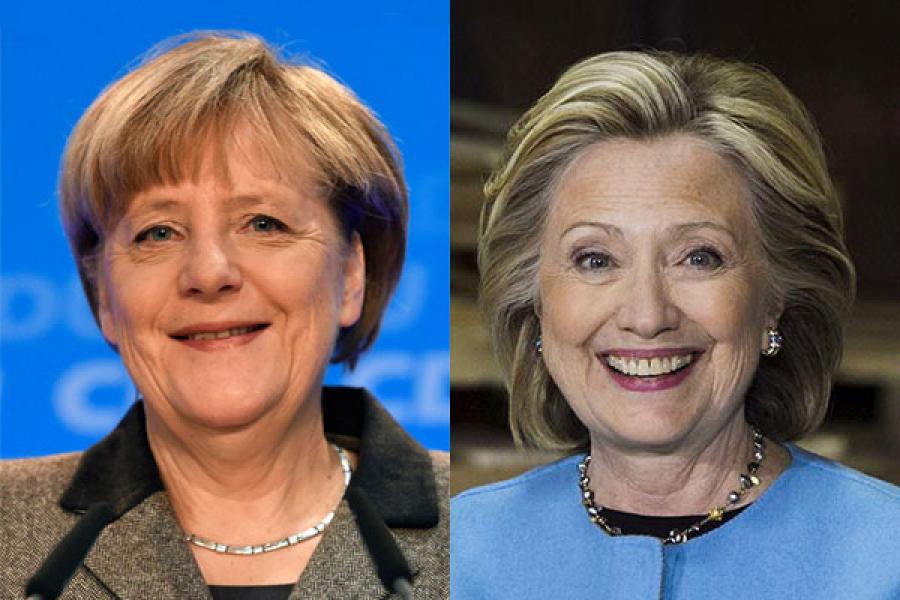 German Chancellor Angela Merkel has topped Forbes’s list of ‘The World’s 100 Most Powerful Women’ for the fifth consecutive year. Merkel, who won her third successive term in office in December 2013, has topped the list nine out of 10 times when she featured on it. The list ranks individuals based on financial resources, media presence, spheres of influence and impact. This year, it includes four Indians - Arundhati Bhattacharya, Chanda Kochhar, Kiran Mazumdar-Shaw and Shobhana Bhartia.

Moving up from the sixth to second position is the 2016 United States presidential contender and former secretary of state Hillary Clinton. Melinda Gates, co-chair of the Bill & Melinda Gates Foundation, retains her third spot from 2014, having overseen $3.9 billion in philanthropic and developmental grant payments in the past year. The chair of the United States Federal Reserve, Janet Yellen, and the CEO of automobile behemoth General Motors, Mary Barra, are ranked number 4 and 5 respectively.

Closer home, four Indians feature on the list. Leading the pack at number 30 is Arundhati Bhattacharya, chair-managing director of the State Bank of India. Bhattacharya, who is the first woman to head India’s largest bank, finds herself in the company of Yellen and Barra, both of whom also hold the distinction of being the first women ever to head their respective organisations.

Bhattacharya is followed by ICICI Bank MD and CEO Chanda Kochhar who is at number 35, up from number 43 last year. Biocon founder Kiran Mazumdar-Shaw features at number 85 on the list, up from 92 last year. The fourth Indian on the list is Shobhana Bhartia, chair HT Media, who makes her entry into the list at number 93. HT Media publishes The Hindustan Times newspaper.

Besides Bhartia, this year’s list has seen 18 other newcomers, which includes the reappearance of Ana Patricia Botín, chair of the Spain-based Santander Group. Having taken over the position of executive chairman in 2014 following her father’s death, Botín is the fourth generation head of the European lender.

Beyoncé Knowles, at number 21, is the highest-ranked entertainer on the list. The musician and entrepreneur also topped the Forbes Celebrity 100 list in 2014. Talk show host and comedian Ellen DeGeneres at number 50 is the second-highest-ranked entertainer. DeGeneres is followed by actress and director Angelina Jolie at number 54 and musician Taylor Swift at 64. At 25 years of age, Swift is also the youngest member of the list.

At number 72 on the list is 31-year-old Elizabeth Holmes, founder-CEO of Theranos, a health care technology company. Holmes is also the world’s youngest self-made billionaire with a net worth of $4.6 billion.

Some other notables on the list include Indian-origin PepsiCo CEO, Indra Nooyi (15), Brazilian President Dilma Rousseff (7) and the First Lady of the United States of America, Michelle Obama (10).