The iPhone maker, highly dependent on Chinese factories and consumers, said in a statement that its supply of smartphones would be hampered because production was ramping up more slowly than expected as China reopened its factories 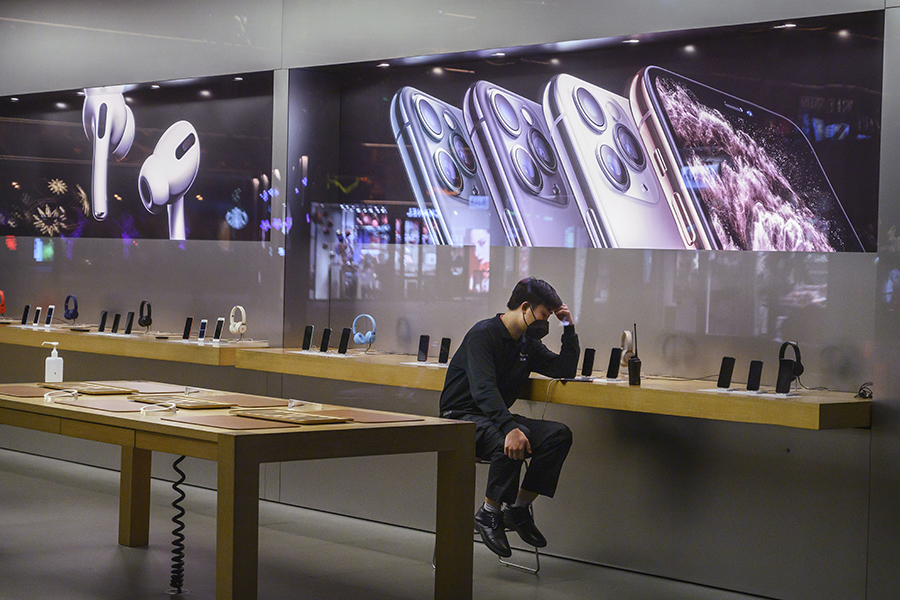 SAN FRANCISCO — Apple on Monday became one of the first companies to reveal how the coronavirus that has gripped China was affecting its business, saying it was cutting its sales expectations for this quarter, which a month ago it had projected to be robust.

The iPhone maker, which is highly dependent on Chinese factories and Chinese consumers, said in a statement that its supply of smartphones would be hampered because production was ramping up more slowly than expected as China reopened its factories. Apple also said that demand for its devices in China had been hurt by the outbreak; it closed all 42 of its stores in the country last month and most have yet to reopen.

“Work is starting to resume around the country, but we are experiencing a slower return to normal conditions than we had anticipated,” said Apple, one of the world’s most valuable public companies.

Many global firms rely on factories in China to manufacture goods as varied as socks and laptop computers. And Chinese consumers, who had ridden a wave of rising wealth, had been avid buyers of luxury goods, iPhones and many other items.

Fears over the coronavirus’ impact on the global economy and business have been growing. As of Tuesday morning in China, more than 72,000 people had been infected by the coronavirus and more than 1,800 had died worldwide, officials reported. About three-quarters of a billion people in China are under some kind of lockdown orders, according to a New York Times analysis.

Apple’s action Monday “is the first of many we’re going to see around the coronavirus impact,” said Daniel Ives, managing director of equity research at Wedbush Securities. “Apple is heavily exposed. It confirms the worst fears that the iPhone impact was going to be more dramatic than expected.”

Apple, which is widely regarded as a bellwether of global supply and demand for goods, has bet big on China in recent years. Tim Cook, the chief executive, worked with China’s telecom providers to introduce the iPhone in the country last decade. After that, Apple’s already substantial sales took off further. China is now the company’s second largest market after the United States.

Apple also assembles most of its products in China. Foxconn, the Taiwan company that makes iPhones and other gadgets on behalf of Apple and global electronics companies, has declined to detail which plants have reopened since the Lunar New Year holiday ended but denied a media report that it was aiming to reach 50% production levels by the end of this month. None of the factories that make iPhones are in Hubei province, the center of the coronavirus outbreak.

Countries including Japan and Germany have already been grappling with slowing growth. Japan, which counts on a lucrative flow of Chinese tourists, as well as exports to the country’s enormous market of consumers, may potentially fall into a recession. And there are concerns the coronavirus could crimp Europe’s already weak growth.

As the crisis over the virus has deepened, several large companies have indicated that their production may be hurt and that the damage may spill over into their financial results. China’s giant network of factories, which accounts for a quarter of the world’s manufacturing output, was sluggish in ramping up after the extended Lunar New Year holiday that authorities imposed because of the outbreak.

Fiat Chrysler Automobiles recently temporarily shut a factory in Serbia because of shortages of Chinese parts. European aerospace giant Airbus has indicated it is only slowly restarting its assembly line, and automakers like General Motors and Toyota have begun only limited production in recent days.

Starbucks and Ikea have also closed their stores in China and many shopping malls in the country have been deserted, threatening to squeeze sales for retailers like Nike and others. International airlines, including American, Delta, United, Lufthansa and British Airways, have canceled flights to China, and hotel chains around the world may feel the loss of Chinese travelers.

An economic slowdown for China this year could clip global economic growth by 0.2% to an annual rate of 2.3%, according to one forecast from Oxford Economics. That would be the slowest pace since the global financial crisis late last decade.

The next signal of the virus’ impact is expected to come Tuesday, when Walmart is scheduled to report quarterly results.

For Apple to warn that it will miss sales expectations is highly unusual. The Silicon Valley company has been one of the world’s most profitable firms and it has a cash pile of more than $200 billion. The last time it cut its sales forecast was in January 2019 — the first time in 16 years it reduced its revenue guidance — because of poor iPhone sales in China.

Last month, Apple forecast that its sales would rise 9% to 15% in the current quarter. At the time, Cook said the company had provided investors with a wider than expected estimate range because it was uncertain about the rapidly spreading coronavirus. The current quarter is usually heavily reliant on Chinese demand because the Lunar New Year holiday is a busy shopping and gift-giving period.

Cook said at the time that all of Apple’s suppliers in the Wuhan area were “alternate sources” — not the primary suppliers that it depends upon most.

“We’re obviously working on mitigation plans to make up any expected production loss,” he said, adding that the impact to suppliers outside the Wuhan region was “less clear.”

Of Apple’s 42 retail stores in China, it has now reopened seven, but with limited hours. The company is following government guidelines on where it can reopen stores and the hours they can operate.

Even if all of the factories that make iPhones get back up to speed in China, Apple faces other challenges there. It relies on a sprawling network of Chinese suppliers to provide key components for its main devices. All of those suppliers will need to pass government inspections that their facilities are properly disinfected with proper accommodation for potentially quarantining affected workers.

Apple issued its sales warning just as it was enjoying strong demand for its new iPhone models, which include the iPhone 11 and iPhone 11 Pro. After sales of the devices fell sharply for most of 2019, the company reported an 8% sales increase in iPhones the last three months of the year. Buzz is also building over new iPhones this year that are expected to work with faster 5G wireless networks.

Apple said in its statement that demand for its product and services outside China was in line with expectations.

“Apple is fundamentally strong, and this disruption to our business is only temporary,” the company said.

Tweets by @forbesindia
Canva: How a young kitesurfer built a $3.2 Bn (Profitable!) startup
Decoding the business of starting your business