How the Coronavirus numbers changed so sharply

The toll jumped sharply on Thursday as the way to calculate cases changed. Here is a look at what we know—and what we don't—about the new coronavirus numbers and what they say about the scope of the crisis 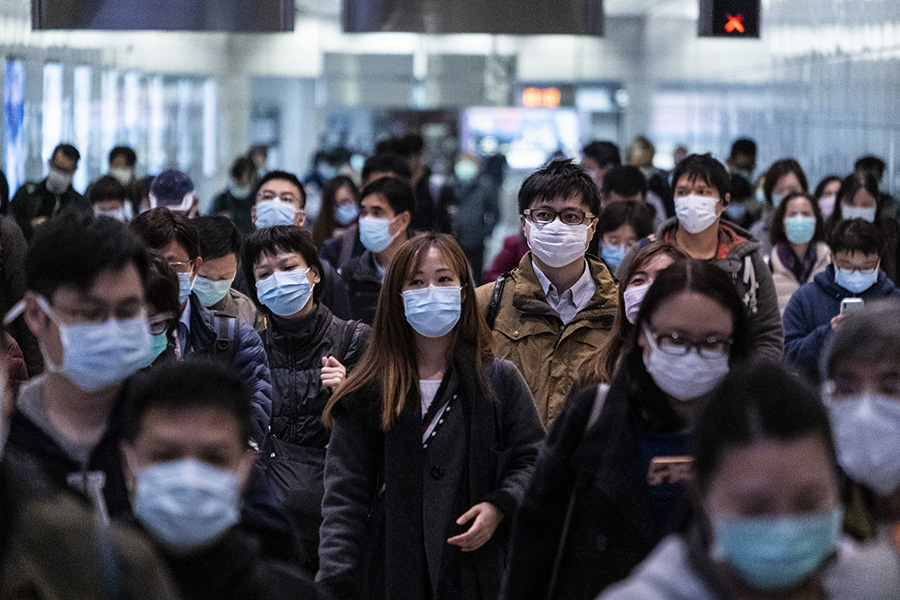 People with medical masks walk in a Hong Kong subway station on Feb. 11, 2020. The outbreak of the coronavirus, which began in Wuhan, China, has left tens of thousands sickened and more than 1,000 people dead. Officials have declared it a global health emergency.
Image: Lam Yik Fei/The New York Times

The number of cases and deaths in the coronavirus epidemic in China jumped sharply Thursday as the authorities there changed how they keep track of the illness, and not, primarily, because of any change in the shape of the outbreak.

There is still a lot of uncertainty about the true numbers — as with any new epidemic — and that will continue for the foreseeable future. Underscoring that point, hours after China revised its figures, the World Health Organization put out a lower set, saying that for now, it would not change the way it counts.

But experts say there were good reasons for changing the way patients with the illness, called COVID-19, were counted, and the new approach should catch many cases that had been missed before. That will allow more patients to get treatment and be quarantined faster.

Here is a look at what we know — and what we don’t — about the new coronavirus numbers and what they say about the scope of the crisis.

How did the numbers change?
For several days, the Chinese government had reported figures that suggested the spread of the epidemic was slowing, but that changed abruptly Thursday.

Officials in Hubei, the Chinese province that is the epicenter of the outbreak, said there had been more than 48,000 cases there, a 44% jump from the day before. They also reported 1,310 deaths, a 23% increase. The trend continued Friday, though not as markedly, when Hubei officials disclosed another 4,800 cases and 116 more deaths.

Previously, cases were counted only if patients tested positive for the new virus. Now, the figures appear to include anyone who has a CT scan of the lungs showing a telltale pattern of pneumonia.

In the short run, the new accounting may deepen confusion about the true size of the epidemic. It also complicates efforts to track the growth of the illness over the last several weeks.

“We need to be careful in interpreting these numbers,” Dr. Michael Ryan, the World Health Organization’s emergency responses chief, said Thursday. The larger number of cases, he said, “does not represent a significant change in the trajectory of the outbreak.”

The WHO then released its own figures, leaving out the diagnoses made without a positive test for the virus — and indicating that it did not fully understand the change China had made.

The WHO reported almost 47,000 confirmed cases worldwide, fewer than 1% outside mainland China. The Chinese figures put the total at more than 61,000 cases.

What was wrong with the old way?
In a word, plenty.

Kits to test for the virus are not being produced quickly enough to keep up with demand, and they take days to produce results. Using CT scans means more patients can be checked, with the results available almost immediately.

And the tests for the virus have not been very reliable. Many sick people have tested negative, only to test positive later. That appears to be, at least in part, because standard testing involves swabbing nasal passages and the throat, while the virus may be lodged in the lungs.

In the United States, the Centers for Disease Control and Prevention shipped hundreds of testing kits to state laboratories — and days later revealed that some of them were faulty. It is not clear whether China has experienced similar problems in making the tests.

So are the new numbers definitive?
No.

There are several ways cases might still be missed. Some people get sick, and die or recover, without ever seeing a doctor. CT scans allow doctors to identify people whose infections have caused pneumonia, which can be fatal, but the scans will not catch people with milder symptoms.

There is another source of confusion about the numbers. It was reported this week that China is no longer counting as confirmed cases people who test positive for the virus yet show no symptoms. But some experts said they were not sure what had actually changed.

The Chinese health authorities say they can distinguish, on a CT scan, pneumonia brought on by the coronavirus from some other serious lung epidemicss. But it is not clear that they can tell it from pneumonia caused by other illnesses, like seasonal influenza; the accuracy may vary with the skill of the doctor reading the scan.

Will we eventually get more accurate figures?
Quite possibly.

Right now, labs are testing for the virus, itself, and viruses can be hard to detect. What is often easier to identify is the immune system's own response.

When a patient contracts an infection, the body produces antibodies to it — proteins in the blood that recognize a particular pathogen and trigger an immune system attack on it. Labs around the world are working to develop a test for antibodies to the new coronavirus, but none is available yet.

It could be tricky.

In any case, it can take days or weeks before a patient tests positive for antibodies to a new infection, so the test may not be useful in diagnosing current illnesses.

So while an effective antibody test may produce a fairly comprehensive picture of an outbreak, that picture will lag a bit behind the reality.