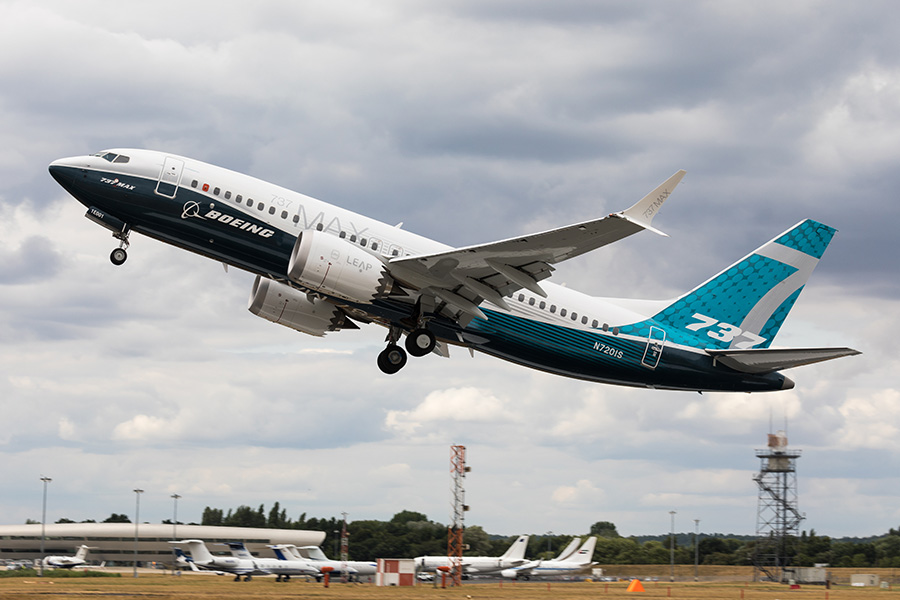 Weeks after the first fatal crash of the 737 Max, pilots from American Airlines pressed Boeing executives to work urgently on a fix. In a closed-door meeting, they even argued that Boeing should push the authorities to take an emergency measure that would very likely result in the grounding of the Max.

The Boeing executives resisted. They did not want to rush out a fix, and said they expected pilots to be able to handle problems.

Mike Sinnett, a vice president at Boeing, acknowledged that the manufacturer was assessing potential design flaws with the plane, including new anti-stall software. But he balked at taking a more aggressive approach, saying it was not yet clear that the new system was to blame for the Lion Air crash, which killed 189 people.

“No one has yet to conclude that the sole cause of this was this function on the airplane,” Sinnett said, according to a recording of the Nov. 27 meeting reviewed by The New York Times.

Less than four months later, an Ethiopian Airlines flight crashed, killing all 157 people on board. The flawed anti-stall system played a role in both disasters.

Boeing is facing intense scrutiny for the design and certification of the Max, as well as for its response to the two crashes. There are multiple investigations into the development of the Max. And in recent days, unions representing pilots from American Airlines and Southwest Airlines have received federal grand jury subpoenas for any documents related to Boeing’s communications about the jet, according to three people with knowledge of the matter.

The Federal Aviation Administration is also under fire for its role in approving the Max, and its decision to wait for days after the second crash to ground the plane. At a Wednesday congressional hearing, lawmakers will grill federal regulators about how the Max was certified.

Boeing declined to comment on the November meeting. “We are focused on working with pilots, airlines and global regulators to certify the updates on the Max and provide additional training and education to safely return the planes to flight,” the company said in a statement.

American Airlines said in a statement that it was “confident that the impending software updates, along with the new training elements Boeing is developing for the Max, will lead to recertification of the aircraft soon.”

The hourlong November meeting, inside a windowless conference room at the Fort Worth headquarters of the American Airlines pilots’ union, was confrontational at times. At the table was Sinnett, along with Craig Bomben, a top Boeing test pilot, and one of the company’s senior lobbyists, John Moloney. They faced several union leaders, many of them angry at the company.

Michael Michaelis, an American pilot, argued that Boeing should push the FAA to issue what is known as an emergency airworthiness directive.

The FAA had already issued one directive after the Lion Air crash, instructing airlines to revise their flight manuals to include information on how to respond to a malfunction of the anti-stall system known as MCAS. But Michaelis pushed Boeing to consider calling for an additional one to update the software.

Such a procedure would have required Boeing and airlines in the United States to take immediate action to ensure the safety of the Max, and would have likely taken the jet out of service temporarily.

“My question to you, as Boeing, is why wouldn’t you say this is the smartest thing to do?” Michaelis said. “Say we’re going to do everything we can to protect that traveling public in accordance with what our pilots unions are telling us.”

Sinnett did not budge, saying that it remained unclear that the new software, which automatically pushes the plane’s nose down, was responsible for the Lion Air crash. He added that he felt confident that pilots had adequate training to deal with a problem, especially now that pilots — who were not initially informed about the new system — were aware of it.

“You’ve got to understand that our commitment to safety is as great as yours,” Sinnett said in the meeting. “The worst thing that can ever happen is a tragedy like this, and the even worse thing would be another one.”

The pilots expressed frustration that Boeing did not inform them about the new software on the plane until after the Lion Air crash.

“These guys didn’t even know the damn system was on the airplane, nor did anybody else,” said Michaelis, the union’s head of safety.

Another American pilot, Todd Wissing, expressed frustration that no mention of the system had been included in the training manual for the 737 Max.

“I would think that there would be a priority of putting explanations of things that could kill you,” Wissing said.

The Boeing executives, Sinnett and Bomben, explained that the company did not believe that pilots needed to know about the software, because they were already trained to deal with scenarios like the one on the doomed Lion Air flight. All pilots are expected to know how to take control of an aircraft when the plane’s tail begins moving in an uncontrolled way because of a malfunction, nudging the aircraft toward the ground.

“The assumption is that the flight crews have been trained,” Sinnett said in the meeting. He added later: “Rightly or wrongly, that was the design criteria and that’s how the airplane was certified with the system and pilot working together.”

When the pilots pressed Boeing to consider encouraging the FAA to issue an emergency airworthiness directive, Sinnett made the case against moving too quickly.

“We don’t want to rush and do a crappy job of fixing the right things and we also don’t want to fix the wrong things,” Sinnett said, later adding, “For flight-critical software, I don’t think you want us to rush, rush it faster.”

Tweets by @forbesindia
Will Notre Dame get a taste of modern architecture?
Camera or mobile: What is the future of photography?