While the debottlenecking of policy logjams and the improving global outlook will help, a negative outcome of the general elections could throw the math haywire 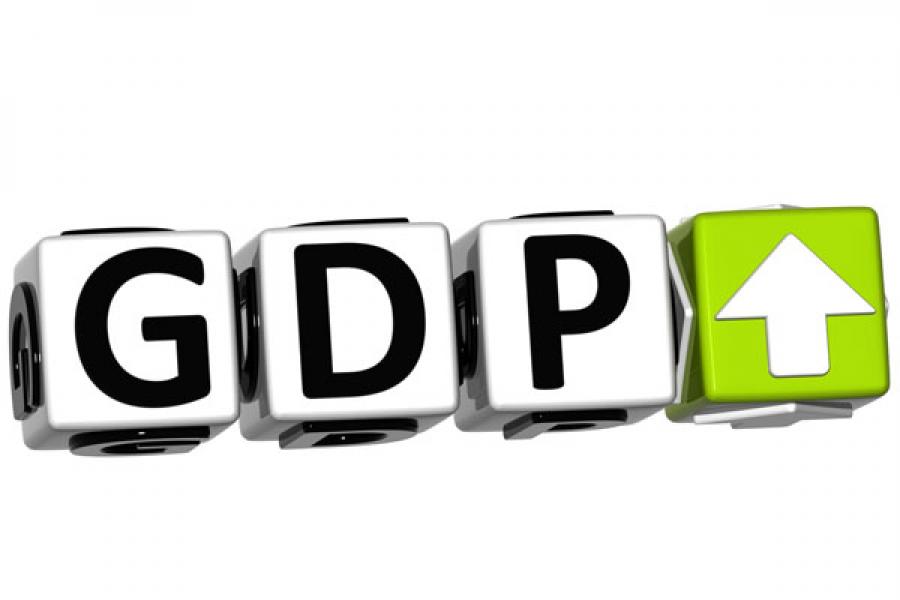 Estimating that the year 2014-15 will be a year of ‘fragile recovery’, ratings and analytics major Crisil has said India’s GDP growth for FY15 could touch the psychologically significant 6 percent, given some key conditions being fulfilled.

One of the important conditions is that the economic reforms process, which have been put in place, continue and begin to bear fruit. This apart, the low base of the current fiscal and the previous one would also lend a ‘halo’ to the numbers, Crisil says in its India Economic Forecast titled ‘No fireworks in 2014-15’.

The growth forecast has been pegged at 6 percent, which is significantly higher than the 4.8 percent number Crisil has forecast for FY14. The pick-up is also expected to be aided by the implementation of stalled projects, debottlenecking of the mining sector and an industrial recovery riding on improved external demand.

A rebound in the services sector, led by higher exports and a positive rub-off of better industrial growth, will also help, it is felt. Crisil’s assumptions also include a normal monsoon, which will cushion growth and help bring inflation under control.

Significantly, Crisil’s bullish assumptions are also drawn in part from its parent Standard & Poor’s improved expectations from US GDP growth. S&P has estimated US GDP to grow by a much higher 2.8 percent in 2014, up from 1.7 percent in 2013. This apart, the Eurozone is also expected to expand by 0.9 percent, after two years of recession.

But despite all the bullishness, Crisil does come up with a clear caveat. “However, there is no saying yet whether we have seen the beginning of a decisive, sustainable recovery. On

the downside, we feel growth could remain below 5 percent yet again should risks manifest,” the ratings major says.

What are the key reasons why Crisil is hopeful? Clearly, the two major ones are the partial declogging of the policy logjam witnessed for the bulk of the past couple of years. This, together with the improved global economic prospects, is expected to improve India’s GDP prospects the next fiscal.

The improved private consumption demand is another factor which is expected to trigger a mild revival in industrial growth which Crisil expects to be at 4 percent for FY15. The sectors expected to gain from the improved demand are consumer durables, automobiles and textiles.

“The mining sector, which has been plagued by policy issues since July 2011, is also forecast to expand for the first time in three years. The mining ban on iron ore in Karnataka and Goa has already been lifted and mining growth will pick up, boosted by a low base and as firms obtain relevant clearances and resume operations. We believe that the recent momentum on resolving mining issues will continue into 2014-15 and will help address supply-side constraints for industries, particularly in the steel and power sectors,” the report says. The integration of south India into the national power grid will  help improve power availability for industries in the region, it adds.


The poll factor
The general elections of 2014 would be a game changer for the economy and the growth outlook could swing either way, the report adds. Conceding that political uncertainty is ‘a huge weight’ on the economy at this point, Crisil says the next year could be one of ‘new leadership and old challenges’.

“A decisive mandate can speed up the resolution of policy bottlenecks (a big drag on India’s growth), hasten pending reforms, improve private sector sentiment by sending a strong signal and lay the foundation for India’s entry into a phase of healthier growth,” Crisil says.

On the other hand, it says, a fragile political outcome could further delay long-pending critical reforms, particularly in agriculture, manufacturing, education and skill development. “This will completely dent investment sentiment and derail growth. The cost of a fragile mandate will be high over the medium run as we will not be able to build on the mild upturn in 2014.”

The resulting ‘slow policy action’ and uncertainty can trap India in sub-par growth environment over the medium run.