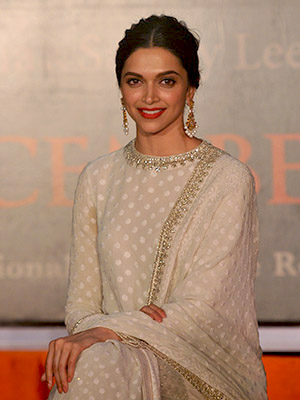 Indian film star Deepika Padukone has made her debut on Forbes's latest 'The World's Highest-Paid Actresses' list, joining the ranks of international icons such as Jennifer Lawrence, Scarlett Johansson and Jennifer Aniston. She is ranked at No 10. Hollywood star Jennifer Lawrence tops the list for the second year in a row, earning $46 million pretax over 12 months, according to Forbes.

With $10 million in earnings between June 1, 2015, and June 1, 2016, before management fees and taxes, the 30-year-old Padukone is the only Indian actress and sole newcomer to feature in the annual list. The model-turned-actress has been on a roll over the past couple of years, earning both critical acclaim as well as commercial success, delivering hits such as Goliyon Ki Raasleela Ram-Leela, Happy New Year, Piku and Bajirao Mastani. Besides her film earnings, the actress endorses a slew of brands, including Tanishq and Vistara. Padukone was ranked at No 9 in Forbes India's 'Celebrity 100' list published last year. She was the highest-ranked female actor on the list.

“These numerous high-paying shills have helped her hedge against a deep pay gap in Bollywood. Though a top male star might earn close to $5 million a movie, prominent Indian actresses rarely clear $1 million a film,” Forbes said.

Second-ranked Melissa McCarthy earned $33 million, according to the Forbes list. Scarlett Johansson was at the third spot with earnings of $25 million. Jennifer Aniston ($21 million), Fan Bingbing ($17 million), Charlize Theron ($16.5 million), Amy Adams ($13.5 million), Julia Roberts ($12 million) and Mila Kunis ($11 million) were the other actress who made the cut.

"Where last year’s rankings evaluated 18 women, this year’s list has returned to the top 10 to give a more accurate portrait of acting’s earning elite. Earnings estimates are based on data from Nielsen, Box Office Mojo and IMDB, as well as interviews with agents, managers and lawyers," Forbes said on its website.

Together, the world’s 10 highest-paid actresses earned a combined $205 million in the one-year period.