The car and bike rental company expects to expand availability to 100,000 vehicles in three years 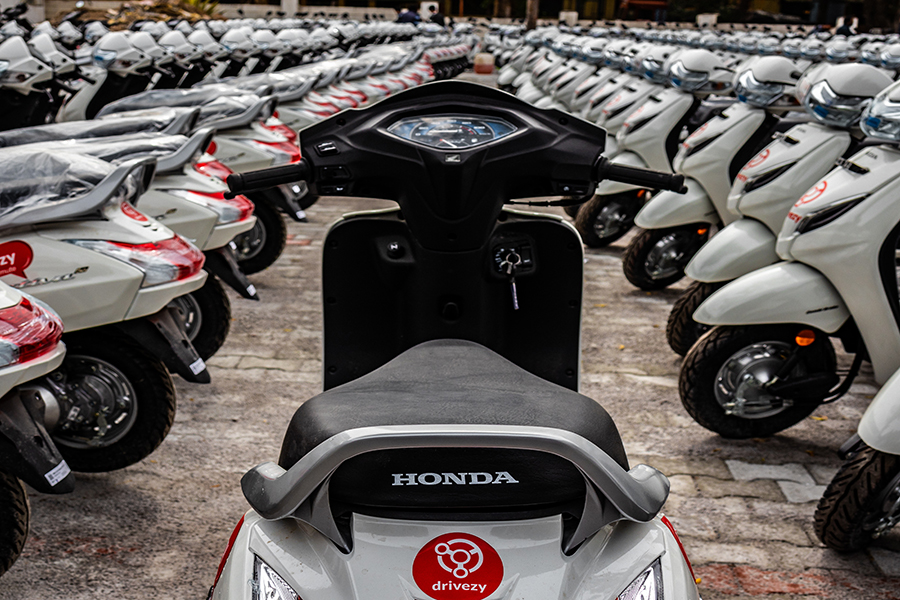 Drivezy, which allows people to rent cars and bikes on its app, has struck a deal with hotel booking services provider Oyo to station its scooters at various Oyo properties, the Bengaluru company said in a press release on September 9.

Drivezy will tap Oyo’s network of over 10,000 leased and franchised buildings in more than 300 cities in the country, and create on-site hubs to station its bikes and cars. The hubs will offer Oyo’s guests, as well as other customers, access to Drivezy’s vehicles. The company has so far stationed 1,200 bikes at Oyo hotels in Bengaluru and Hyderabad, and looks to increase the tally to 100,000 bikes and cars over the next three years, according to the release.

“Oyo is South Asia’s largest hotel chain and commands a massive customer base. Establishing on-site hubs will allow us to further increase our penetration in the growing tourism sector, which is mostly dependent on cabs and chauffeur-driven car rentals. Our partnership will offer a cost-effective and convenient alternative,” Drivezy co-founder Amit Sahu said in the release.

People staying at Oyo properties that have Drivezy hubs can log on to the vehicle rental company’s app or site, and enter their pin code to get preference for hiring a car or scooter from the hubs. Drivezy has also commenced the deployment of keyless internet-based locks on its vehicles. These would allow customers to unlock their designated vehicles with a QR code scanner, available on the Drivezy app.

Bengaluru-based Drivezy was founded in 2015 by Ashwarya Singh, Abhishek Mahajan, Hemant Sah, Vasant Verma and Amit Sahu. It offers cars, motorcycles, and scooters on rent at 100 locations in 11 Indian cities. It currently operates a fleet of 4,000 cars and 14,000 bikes. Customers can rent vehicles from Drivezy on an hourly or daily basis through the company’s website and mobile app. Drivezy also offers weekly and monthly subscriptions on its bikes and scooters.

The company is establishing a dense network of parking spaces in all operational cities and the association with Oyo is a step in that direction, CEO Singh said in the release. The company competes with other scooter rental providers including Bounce, Vogo and Yulu Bikes.

Drivezy was part of one of the cohorts in 2016 at Silicon Valley-based startup accelerator, Y Combinator. It is also backed by Google, Yamaha, Axan Ventures, IT-Farm, Das Capital and Axon Partners Group. Last year, the startup inked an agreement with Harbourfront Capital to enlist vehicles worth $100 Million on its platform through a special purpose vehicle.

The company has raised $32 million in equity funding thus far, and is in the process of raising fresh funds. It has commitments to the tune of $65 million so far, Singh had told Forbes India in a recent interview. Drivezy is also establishing a separate subsidiary to bring in electric vehicles and the first e-scooters built by Yamaha may become available on Drivezy’s network as early as the end of this year.

Tweets by @forbesindia
As new faces emerge, Serena Williams gets acquainted with failure
Leverage to finance consumption sees a sharp fall in growth