The Bengaluru company is looking to bring in 5,000 of the e-scooters initially, and is setting up a separate subsidiary to build out its electric vehicles strategy 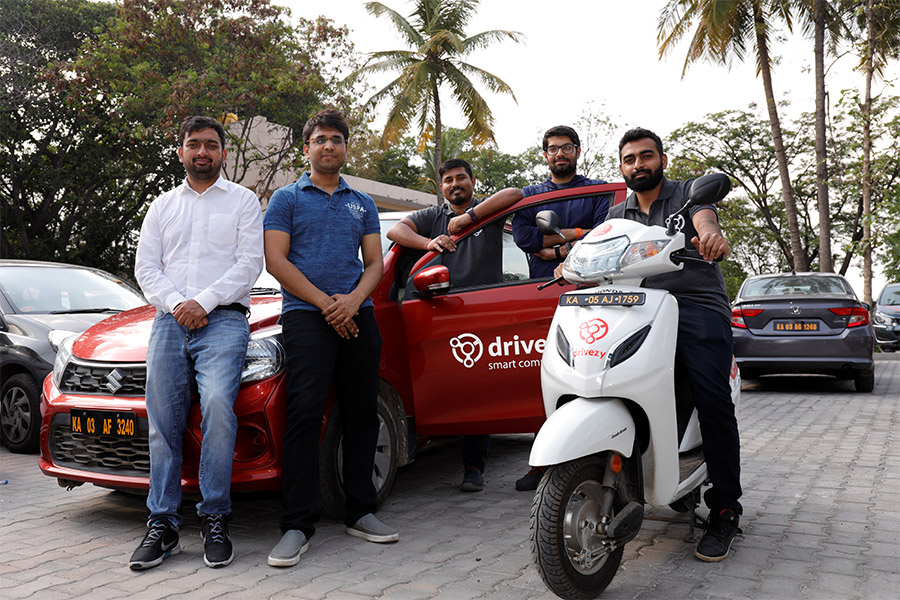 Launched in June, the EC-05 is borne of a collaboration between Yamaha and Taiwan’s Gogoro Inc, a company that has built its own electric scooter as well as a network of charging stations. Designed by Yamaha, the EC-05 is built using Gogoro’s production vehicle platform.

“We are setting up a separate electrics subsidiary and will raise about $20 million to $25 million for it,” Drivezy CEO Ashwarya Pratap Singh told Forbes India in a recent interview. Singh is holding on to details, but said Drivezy is already scouting locations and seeking partnerships to set up a battery-swapping network for the scooters.

In Taiwan, Gogoro has set up a network of 1,300 battery-swapping stations called GoStations. It’s not clear if Drivezy will replicate them in India. With real estate being prohibitively expensive in Indian metros, Drivezy is looking to innovate by way of partnerships with companies that might mutually benefit from sharing their existing real estate.

For example, Drivezy is in talks with hospitality chain Oyo to set up charging infrastructure at some of its hotels. Drivezy’s existing petrol-driven scooters are already available at several Oyo hotels in Bengaluru. Another way is to tap Drivezy’s nascent but growing franchisee network, currently operational in Bengaluru, Hyderabad and Pune. Over the next six months, Drivezy expects to increase its franchisees from 12 to about 50 to 60. Most of these franchisees have their own real estate; for instance, many of these are vehicle dealerships. 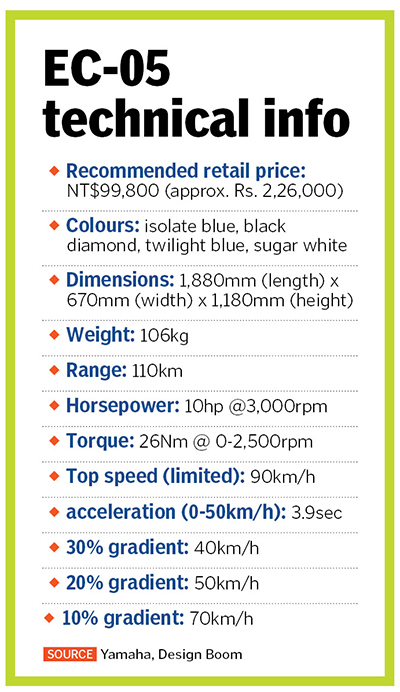 On the fast track
Drivezy was founded as JustRide, a car-rental company, in 2014, and changed to its current name in 2017. Singh’s co-founders are Abhishek Mahajan, Amit Sahu, Hemant Kumar Sah and Vasant Verma. The company introduced bikes on its platform last year, and has expanded its bike rental services from about 180,000 monthly active users in October last year to about a million in June this year. It has about 15,000 bikes today—the petrol driven ones—each of which is seeing daily usage of 90 km to 95 km. About 40 percent of its usage comes from delivery personnel, spanning companies such as Swiggy, Zomato, Uber Eats and Dunzo.

Why did they decide to import e-scooters? “It’s a Yamaha bike—it has more range, more power, and is more durable,” Singh said. The electric bikes in the Indian market have yet to be tested for even one full iteration, whereas it takes two or three iterations for all the kinks to be ironed out. On the other hand, Yamaha—of which the EC-05 is the fifth electric scooter—has a legacy of great two wheelers, Singh said.

With the Indian government, both at centre and state levels, now working on regulations to strongly promote electric vehicles, the timing is right, he added.

Inspired by Oyo
Meanwhile, the company is also raising funds and expanding overseas. It has just launched in San Francisco and has entered into a joint venture with a south American partner for the Latin American market. Drivezy is also considering a joint venture in Japan.

Drivezy’s expansion playbook is “very inspired by Oyo,” Singh says. With the Indian market being very cost-conscious, the co-founders and investors looked at factors such as potential for revenue growth and per capita GDP income growth, and decided they needed to be in markets where they could make more money.

“Our tech, developed over five years, is ready and robust, and all the costs associated are in India,” Singh said. “We aspire to be a global company; our learnings from Y Combinator and Google will help us do that.” The startup was part of Google’s Launchpad programme in 2015 and was included in a 2016 cohort at Y Combinator in the US, which twice a year identifies early-stage startups it will fund.

The company has begun its US launch with 20 Lexus cars that it has bought, plus 200 cars via peer-to-peer listing, and 100 cars through a partnership with Fair, a US-based rental company. Drivezy is also seeking a license to introduce two-wheelers in the US market; however, for the next few months, it will focus on cars. By the end of the year, the company expects to have 1,500 cars in the US, with about 200 of those being electric.

Drivezy is launching a second special-purpose vehicle of $100 million, like the one it launched in November 2018, for asset financing. This means that the SPV will buy the cars and bikes, and Drivezy will remain asset-light. The company is also raising fresh equity funding and will soon close the first tranche at $65 million.

On the whole, Drivezy is looking to raise at least $100 million in this equity funding round, which will be its Series-C investment, and a total of $400 million for asset financing. The $65 million funding has been raised at a post-investment valuation of about $300 million. The lead investor here is a US-based PE investor, along with two corporations that the company didn’t name. The company’s existing investors are also participating in this round.

Tweets by @forbesindia
Oberoi Group: When the staff checks in
"We can engage our customers very deeply in the product-design process-before we bring the products to them"