Sameet Gupte comes with a track record of building IT services businesses across Asia, the US and Europe 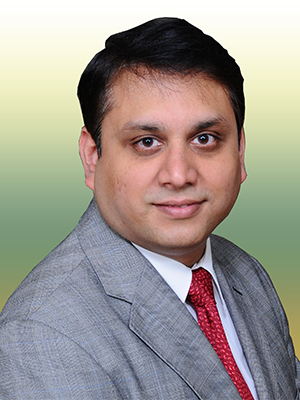 Servion Global Solutions Ltd, which provides customer engagement management (CEM) solutions, on Monday announced the appointment of Sameet Gupte as its new chief executive and board member. The appointment comes as the company aims to double its sales within the next four years. For the year ended March 3, 2015, it reported revenues of Rs 560 crore, compared with a turnover of Rs 350 crore a year ago.

Gupte comes with a track record of building IT services businesses across Asia, the United States, and Europe. Prior to joining Servion, Gupte was executive vice president and global head of financial services for VirtusaPolaris, an IT consulting firm. Before that, he built and led successful businesses in North America and Europe for Headstrong and Genpact Capital Markets.

Servion is becoming an increasingly global company. Therefore, Gupte will be based in London and more of the management will be in the US. Gupte replaces Balakrishnan K, who has been elevated to the post of executive vice chairman of Servion’s board. In his new post, Balakrishnan will play a more involved role in developing the company’s future vision.

“With his rich and diverse experience in global markets, Gupte will take the firm to the next level of growth, as well as increase its engagement with the growing digital and cognitive space that is focussed on customer experience,” said Puneet Pushkarna, chairman of the board of directors for Servion, in a statement.

With the new high-level appointments, the board is being strengthened, as the firm moves to boost the current 20 percent growth that it is witnessing, and double its revenues in the next four years.

As a part of its move to double revenues, Servion is strengthening its presence in the US, Britain, Australia, Southeast Asia and the Middle East. Two thirds of the firm’s revenues come from the UK and the US and the company is increasingly focusing more on these markets.

“Within the digital space, customer experience is evolving as the single largest differentiator for major industries like BFSI, Telco & Healthcare,” Gupte added. “With its IP-based platforms Servion is perfectly positioned to establish itself as a leader in the proactive customer management space, within these focussed industries.”

“Mr Gupte and Mr Balakrishnan’s new roles show that Servion is entering exciting times and pushing growth assertively by ensuring even greater alignment between vision, strategy and operations,” Prateek Dhawan, managing director at Everstone and a member of the Servion Board, said.

Tweets by @forbes_india
L&T to sell general insurance biz to HDFC ERGO for Rs 551 crore
Should entrepreneurs pitch products or ideas for products?