By Mike Isaac and Cecilia Kang 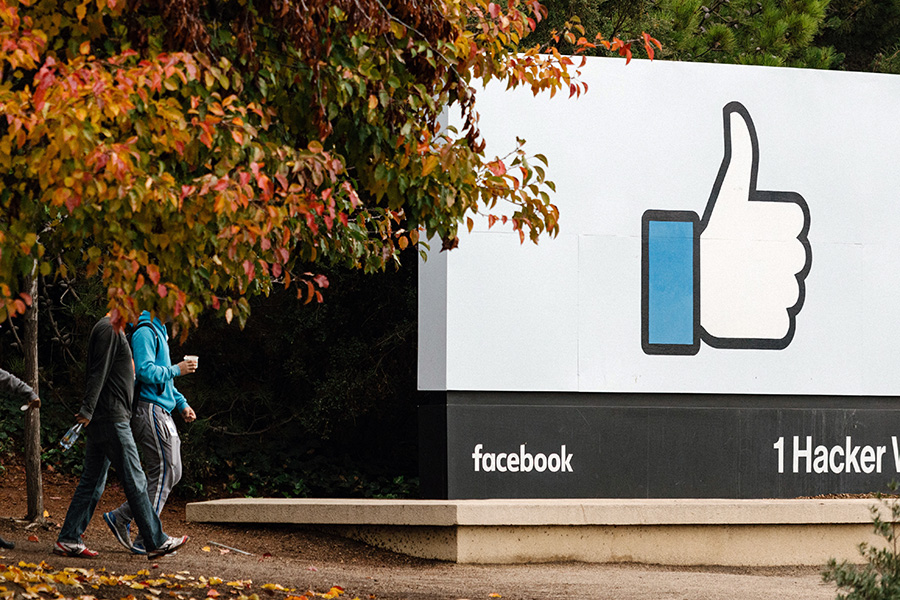 The entrance to Facebook headquarters in Menlo Park, Calif., on Dec. 5, 2019. Facebook said on Thursday, Jan. 9, 2020, that it would not make any major changes to its political advertising policies, which allow lies in ads, despite pressure from lawmakers who say the company is abdicating responsibility for what appears on its platform. (Jason Henry/The New York Times)

SAN FRANCISCO — Defying pressure from Congress, Facebook said on Thursday that it would continue to allow political campaigns to use the site to target advertisements to particular slices of the electorate and that it would not police the truthfulness of the messages sent out.

The stance put Facebook, the most important digital platform for political ads, at odds with some of the other large tech companies, which have begun to put new limits on political ads.

Facebook’s decision, telegraphed in recent months by executives, is likely to harden criticism of the company heading into this year’s presidential election.

Political advertising cuts to the heart of Facebook’s outsize role in society, and the company has found itself squeezed between liberal critics, who want it to do a better job of policing its various social media platforms, and conservatives, who say their views are being unfairly muzzled.

The issue has raised important questions regarding how heavy a hand technology companies like Facebook — which also owns Instagram and the messaging app WhatsApp — and Google should exert when deciding what types of political content they will and will not permit.

By maintaining a status quo, Facebook executives are essentially saying they are doing the best they can without government guidance and see little benefit to the company or the public in changing.

“In the absence of regulation, Facebook and other companies are left to design their own policies,” Rob Leathern, Facebook’s director of product management overseeing the advertising integrity division, said in the post. “We have based ours on the principle that people should be able to hear from those who wish to lead them, warts and all, and that what they say should be scrutinized and debated in public.”

Other social media companies have decided otherwise, and some had hoped Facebook would quietly follow their lead. In late October, Twitter’s chief executive, Jack Dorsey, banned all political advertising from his network, citing the challenges that novel digital systems present to civic discourse. Google quickly followed suit with limits on political ads across some of its properties, though narrower in scope.

Reaction to Facebook’s policy broke down largely along party lines.

The Trump campaign, which has been highly critical of any attempts by technology companies to regulate political advertising and has already spent more than $27 million on the platform, largely supported Facebook’s decision not to interfere in targeting ads or to set fact-checking standards.

“Our ads are always accurate so it’s good that Facebook won’t limit political messages because it encourages more Americans to be involved in the process,” said Tim Murtaugh, a spokesman for the Trump campaign. “This is much better than the approaches from Twitter and Google, which will lead to voter suppression.”

Democratic presidential candidates and outside groups decried the decision.

“Facebook is paying for its own glowing fake news coverage, so it’s not surprising they’re standing their ground on letting political figures lie to you,” Sen. Elizabeth Warren said on Twitter.

Warren, who has been among the most critical of Facebook and regularly calls for major tech companies to be broken up, reiterated her stance that the social media company should face tougher policies.

The Biden campaign was similarly critical. The campaign has confronted Facebook over an ad run by President Donald Trump’s campaign that attacked Joe Biden’s record on Ukraine.

“Donald Trump’s campaign can (and will) still lie in political ads,” Bill Russo, the deputy communications director for Biden, said in a statement. “Facebook can (and will) still profit off it. Today’s announcement is more window dressing around their decision to allow paid misinformation.”

But many Democratic groups willing to criticize Facebook had to walk a fine line; they have pushed for more regulation when it comes to fact-checking political ads, but they have been adamantly opposed to any changes to the ad-targeting features.

On Thursday, some Democratic outside groups welcomed Facebook’s decision not to limit microtargeting, but still thought the policy fell short.

“These changes read to us mostly as a cover for not making the change that is most vital: ensuring politicians are not allowed to use Facebook as a tool to lie to and manipulate voters,” said Madeline Kriger, who oversees digital ad buying at Priorities USA, a Democratic super PAC.

Other groups, however, said Facebook had been more thoughtful about political ads than its industry peers.

“Facebook opted against limiting ad targeting, because doing so would have unnecessarily restricted a valuable tool that campaigns of all sizes rely on for fundraising, registering voters, building crowds and organizing volunteers,” said Tara McGowan, chief executive of Acronym, a nonprofit group that works on voter organization and progressive causes.

Facebook has played down the business opportunity in political ads, saying the vast majority of its revenue came from commercial, not political, ads. But lawmakers have noted that Facebook ads could be a focal point of Trump’s campaign as well as those of top Democrats.

Facebook’s hands-off ad policy has already allowed for misleading advertisements. In October, a Facebook ad from the Trump campaign made false accusations about Biden and his son, Hunter Biden. The ad quickly went viral and was viewed by millions. After the Biden campaign asked Facebook to take down the ad, the company refused.

“Our approach is grounded in Facebook’s fundamental belief in free expression, respect for the democratic process and the belief that, in mature democracies with a free press, political speech is already arguably the most scrutinized speech there is,” Facebook’s head of global elections policy, Katie Harbath, wrote in the letter to the Biden campaign.

In an attempt to provoke Facebook, Warren’s presidential campaign ran an ad falsely claiming that the company’s chief executive, Mark Zuckerberg, was backing the re-election of Trump. Facebook did not take the ad down.

Criticism seemed to stiffen Zuckerberg’s resolve. Company officials said he and Sheryl Sandberg, Facebook’s president, had ultimately made the decision to stand firm.

In a strongly worded speech at Georgetown University in October, Zuckerberg said he believed in the power of unfettered speech, including in paid advertising, and did not want to be in the position to police what politicians could and could not say to constituents. Facebook’s users, he said, should be allowed to make those decisions for themselves.

“People having the power to express themselves at scale is a new kind of force in the world — a Fifth Estate alongside the other power structures of society,” he said.

Facebook officials have repeatedly said significant changes to its rules for political or issue ads could harm the ability of smaller, less well-funded organizations to raise money and organize across the network.

Instead of overhauling its policies, Facebook has made small tweaks. Leathern said Facebook would add greater transparency features to its library of political advertising in the coming months, a resource for journalists and outside researchers to scrutinize the types of ads run by the campaigns.

Facebook also will add a feature that allows users to see fewer campaign and political issue ads in their news feeds, something the company has said many users have requested.

There was considerable debate inside Facebook about whether it should change. Late last year, hundreds of employees supported an internal memo that called on Zuckerberg to limit the abilities of Facebook’s political advertising products.

On Dec. 30, Andrew Bosworth, the head of Facebook’s virtual and augmented reality division, wrote on his internal Facebook page that, as a liberal, he found himself wanting to use the social network’s powerful platform against Trump.

But Bosworth said that even though keeping the current policies in place “very well may lead to” Trump’s reelection, it was the right decision. Dozens of Facebook employees pushed back on Bosworth’s conclusions, arguing in the comments section below his post that politicians should be held to the same standard that applies to other Facebook users.

For now, Facebook appears willing to risk disinformation in support of unfettered speech.

“Ultimately, we don’t think decisions about political ads should be made by private companies,” Leathern said. “Frankly, we believe the sooner Facebook and other companies are subject to democratically accountable rules on this, the better.”

Tweets by @forbes_india
U.S. and allies believe missiles fired by Iran downed Boeing 737
What to know about Prince Harry and Meghan, Duchess of Sussex, stepping back