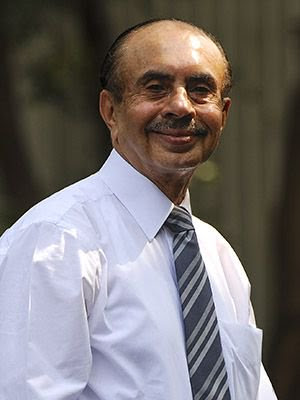 Continuing with its strategy of driving growth through overseas acquisitions, Godrej Consumer Products Ltd (GCPL), the fast moving consumer goods arm of the $4 billion-Godrej Group, has acquired yet another global company; this time in the US.

GCPL announced late Saturday night that it had agreed to acquire Strength of Nature LLC (SON), a US-based company that makes hair care products targeted at women of African descent. The company didn’t disclose the consideration it paid for the acquisition, citing a confidentiality agreement with the company being bought.

At a press conference in Mumbai on Saturday, Vivek Gambhir, GCPL’s managing director, said that the deal was expected to close by the end of April and was likely to be EPS (earnings per share accretive) for GCPL in the first year after the acquisition itself.

In calendar year 2015, SON had annualised revenues of $95 million and an Ebitda (earnings before interest, tax, depreciation and amortisation) margin of 22 percent, a GCPL presentation stated. The American company is a leading player in the wet hair care product market, with products including hair relaxers, hair maintenance, hair styling and shampoo.

Adi Godrej, chairman of the Godrej Group, said on Saturday that with this acquisition, GCPL would be the leading company that makes hair care products for women of African descent. According to GCPL’s presentation, the global market for hair care targeted at women of African descent is valued at $4.5 billion - $2.3 billion in Africa, $1.6 billion in the US and the remaining in other regions of the world.

Over the last few years GCPL has followed a growth strategy, which it calls three-by-three. This entails accelerate growth of three of its businesses – hair care, home care and personal care, in three regions of the world – Asia, Africa and Latin America.

From 2010 till date, GCPL has acquired at least eleven companies across countries including India, Indonesia, Argentina, Chile, Kenya, Nigeria and South Africa. As on December 31, 2015, GCPL earned 47 percent of its revenues and 41 percent of its Ebitda from markets outside India.

This acquisition gives GCPL an on-ground presence in the US for the first time and GCPL intends to leverage the synergies between SON and its existing African operations (by localising production and utilising existing marketing and distribution network in the continent) to grow the US-based company’s sales in Africa aggressively. In 2011, GCPL had acquired a 51 percent stake in the Ghana-based Darling Group, market leader in hair extension products. It fully bought out the company later in 2014. Its other recent acquisitions in Africa include Frika in South Africa (2015) and Canon Chemicals in Kenya (2016).

Godrej stated that GCPL would be taking on dollar-denominated debt at a low interest rate of around two percent to finance the SON acquisition. “We have a very low debt to equity ratio and an even lower debt to market value ratio. This gives us sufficient headroom to borrow more to finance acquisitions in the future,” Godrej said.