GST - the challenges to be conquered

Biggest concern is how smoothly India Inc. is able to transition the existing input credits into the new GST regime 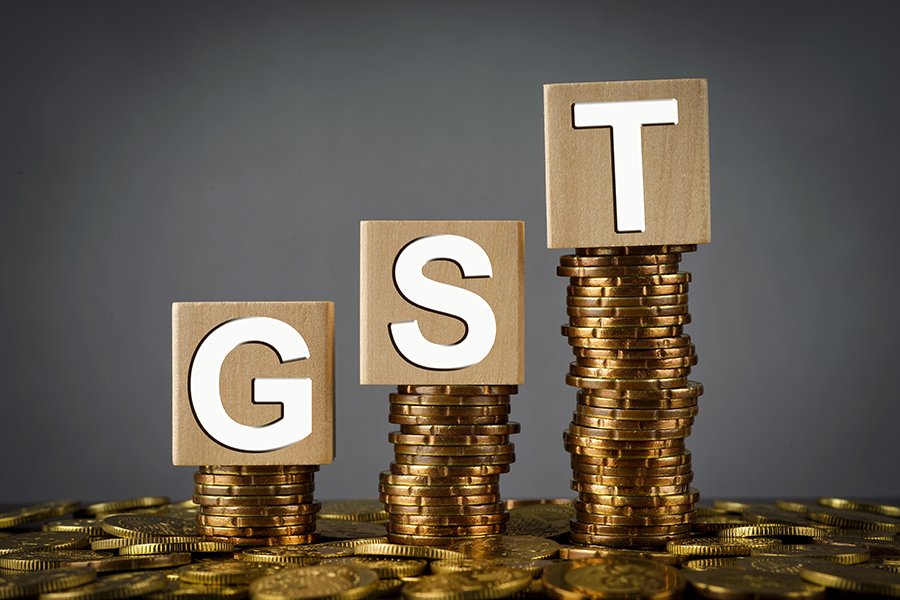 Day by day while the country is inching towards 1 July 2017 (the proposed GST implementation date) there are mixed emotions that are being generated – a mix of excitement and nerves.

The excitement is for being part of one of the greatest tax reforms in the history of India but there is a high level of fear and panic among the business houses for uncertainty over modalities of implementation of Goods and Services Tax.

The biggest concern that India Inc. has today, is how smoothly they will be able to transition the existing input credits into the new GST regime.

Everybody is grappling with transition strategy due to lack of clarity in provisions and hence are closely analysing the fine print of the transition rules being cleared by the GST Council so as to take the important decisions whether to reduce the inventory before GST implementation and also on decisions relating to the pricing options.

Many are worried of history being repeated as some of the dealers suffered huge losses in the past when the VAT regime was implemented and there were delays in granting refund of transitional credits from the government.

The government and GST Council seem to have been keeping a very close eye on the reaction of business houses and industry, and have been taking all the necessary steps to make sure that the transition to the new tax regime is smooth and tax-neutral.

One of the important decisions taken by the GST Council relating to the input credit available to manufacturers and dealers without having to produce original duty paying documents was to raise the proposed limit of 40 per cent of the value of the goods to 60 percent for items bearing GST duty rates of 18 per cent or more.

Such positive steps will really boost the confidence and would largely reduce the fear of the business community.

Further, the decision of providing relief to high-value commodities like automobiles, consumer durables, etc. having value above Rs 25,000 per piece by allowing duty claims through Credit Transfer Documents (CTD) issued by the manufacturer is also a welcome move, and which will iron out the anomalies involved in transition provisions bringing the desired relief to the trade and industry.

On similar lines, the GST Council should treat the importers on par with manufacturers and allow importers also to issue the CTD, which would mitigate the credit loss on imported goods.

Further, though the transition provision enables the assessee to carry forward the eligible credit of taxes incurred under the existing indirect laws into the GST regime, enormous amount of transitional compliances are required to derive maximum benefit on the implementation of GST.

For example, taxpayers need to ensure proper recording of all receipts/dispatch and correlation with tax invoices till the appointed date of GST, disclose all the necessary details relating to credits and closing stock in GST TRAN-1, which needs to be filed within 90 days from the implementation date.

Further, a good amount of number crunching and analysis to be carried out to take important business decisions relating to transition of closing stocks, forming strategy for acceptance and payment of vendor invoices to avoid any credit loss/leakage.

Hence, to avoid any future litigation on account of transition issues, a well-thought out transition strategy would enable efficient processes to be evolved to meet the peculiar needs of the upcoming transition.

Another area that has been causing sleepless nights for India Inc. has been the introduction of the ‘Anti Profiteering’ provision in the GST Act.

Though not many details have been provided in the Act currently, the provision specifically provides that it is mandatory to pass on the benefit due to reduction in rate of tax or from input tax credit to the consumer by way of commensurate reduction in prices.

The provision further provides for the establishment of an authority against anti-profiteering in order to ensure its compliance. While the end consumer may have some reason to cheer, the industry is still doubtful of its implementation.

The industry is grappling with lack of clarity on the applicability, modus operandi and the implementation of the ‘Anti Profiteering’ provision.

There will be many factors/reasons which may impact the pre-GST and post-GST profits of companies other than input tax credit and a change in the tax rate. Some of the examples are better price negotiation or reduction in logistics cost due to free flow of goods across the states. Such factors should not be considered as anti-profiteering.

Countries like Australia and Malaysia have witnessed significant increase in inflation post GST implementation, and to curb the said impact they enacted ‘Anti Profiteering’ provision as a price control mechanism.

Though these provisions were quite stringent at the initial stage to control inflation and make sure that benefit by way of reduction of prices were passed to the ultimate consumer, gradually over the years, such norms have been softened. However, the said provision has led to many litigations also.

In India, already the GST Council has tightened the noose for pharma and real estate companies, and have warned them to comply with the anti-profiteering clause in the GST legislation and pass on to consumers any benefit arising out of lower tax rates under the indirect tax regime.

In case of pharma sector, the government also specified the price rules for non-scheduled drugs under the GST regime, saying that pharmaceutical companies would have to absorb any burden that may arise from higher taxes which would increase the price of the drug more than the permissible 10 per cent increase over their levels in the previous 12 months.

In case of real estate sector, since the builder will be eligible to claim all the credits, which earlier were a sunk cost (like excise paid on certain goods, entry tax / octroi cost and taxes paid on services etc.), the government has instructed the builders to pass on the said benefit of lower tax burden to the ultimate consumer under GST regime to buyer of the property by way of reduced prices/installment.

We may expect such directions coming from the government / GST Council in many other sectors shortly.

It is important to understand that India is a consumer-driven market, and it already has an anti-profiteering provision built into its market dynamics. Still if the government and GST Council feel the need for such a provision to control the prices, the same should have a short life.

The most ambiguous part about this is the lack of detailed guidelines. The anti-profiteering norms should be applied at the entity level or the product level is the biggest worry now.

Even if the direct GST related saving is passed on to the end customer by reducing the per unit price commensurate with GST savings, still at the entity level the business may end up having increased profit volume purely due to non-GST reasons such as process efficiencies, efficient overheads managements, etc.

The objective of its introduction should be to protect the interest of consumers but at the same time not creating a sense of fear and impacting industry interest. All efforts should be made in the direction of a streamlined and transparent process to identify wrong practice, if any.