'Hamilton' is coming to the small screen. This is how it got there

The public will now finally get a chance to see a live-capture of the stage show. Because of the coronavirus pandemic, Disney, which last year outbid competing studios for the rights to the film, announced that it would forgo a planned theatrical release and instead stream it on Disney Plus starting July 3 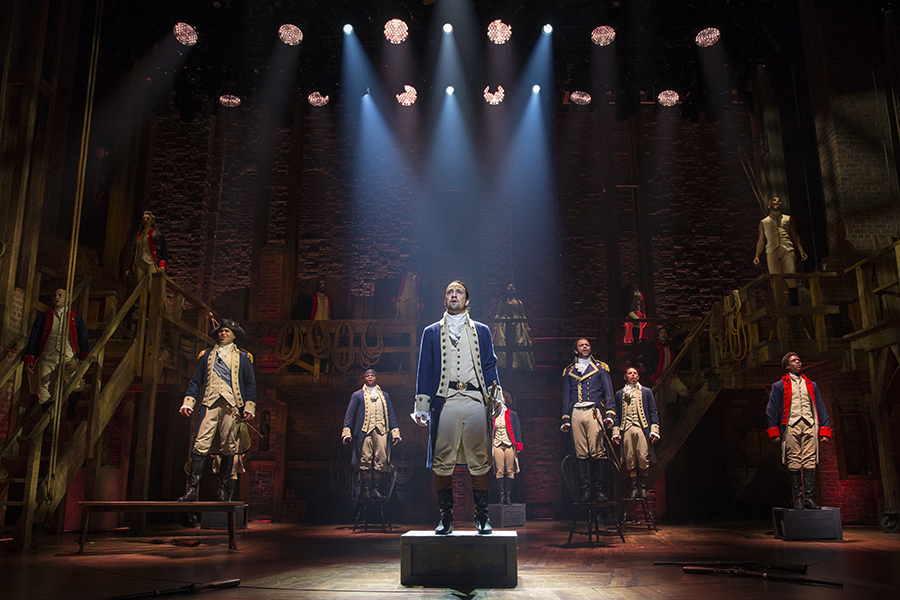 Lin-Manuel Miranda, center, as Alexander Hamilton in the musical "Hamilton" in New York, July 11, 2015. The Broadway show is being released on film, a live capture of the hit Broadway show, and will stream on Disney Plus beginning July 3. (Sara Krulwich/The New York Times)