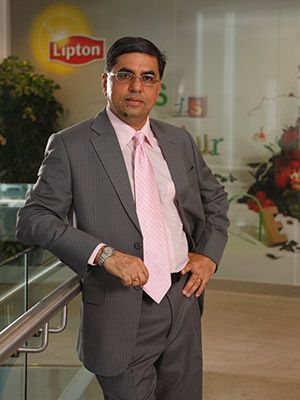 The results declared during market hours sent HUL shares tumbling by 4 percent; they closed at Rs 891.30, down by 2.3 percent, on the National Stock Exchange. Investors attributed the disappointment as much to the inordinately long time a pick-up in consumer demand is taking as well as the rich valuations the company commands.

At 6 percent, volume growth was in line with expectations. And although this is about the same level as the previous four quarters, it is a significant climb down from the period between 2010 and 2012 when the company would post volume growth in the mid-teens.

The markets were further spooked by CEO Sanjiv Mehta’s terse reply to a question on whether the company was seeing any signs of revival. He simply said, “Not yet”. He declined to provide any guidance on when the market would start showing quicker sales. Chairman Harish Manwani said, “The near term outlook is largely dependent on a pick up in rural sales.”

The company’s numbers were also buffeted by price cuts that the company took as it passed on the cost of falling raw materials to consumers. As a result, even though volume growth was up 6 percent, net sales were up 5 percent to Rs 7,973 crore for the quarter ended June 30, 2015. Net profit rose 0.2 percent to Rs 1,059 crore, in part due to the phasing out of excise tax exemptions. There were other added costs. For instance, slowing markets meant the company had to spend more on advertising and promotions, expenses for which rose by 2 percent to Rs 209 crore.

There were, however, some bright spots in an otherwise lackluster set of numbers. The food division continued to post doubt-digit growth, albeit from a much lower base. The company has also re-launched Lyril, a popular brand of soap. HUL, which recently withdrew Knorr soupy noodles from the market, is working on getting them re-certified by the Foods Safety and Standards Authority of India (FSSAI). Mehta expects them to be back on supermarket shelves soon.

Tweets by @forbesindia
Snapshots of the fortnight (July 07 - July 21)
Becoming Steve Jobs: The Evolution of a Reckless Upstart into a Visionary Leader is worth a read