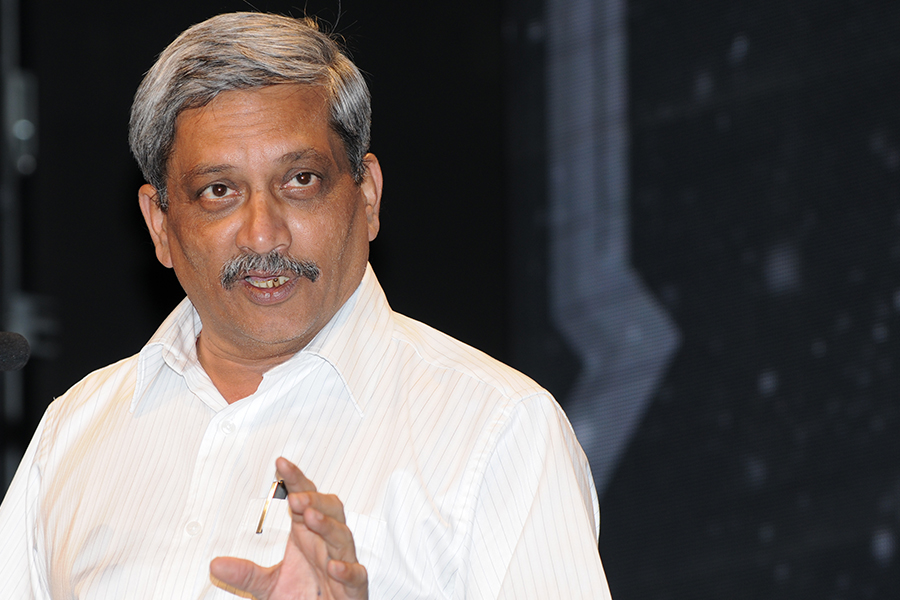 India’s defence minister Manohar Parrikar says the country requires approximately 400 fighter jets and between 800 to 1,000 helicopters, production for which can be addressed by the domestic market. This would include joint venture partnerships between strategic Indian defence players and foreign entities.

Parrikar was addressing the media at the eleventh edition of the Aero India show, which started in 1996. The event happens once in two years in Bengaluru, and this year’s edition saw the participation of 549 global companies.

According to the minister, the private sector and the domestic aviation industry would greatly benefit if defence related production is increased in the country. Besides the requirements for jets and helicopters, there is also a requirement for 5,000 helicopter engines and another 300 to 400 engines for the indigenously developed light combat aircraft (LCA), which is being produced by state-owned defence major Hindustan Aeronautics Limited (HAL). “All these aspects open huge potential for Indian companies,” says Parrikar.

Besides the LCA, HAL also develops a light combat helicopter and a light utility helicopter for the Indian defence forces. On the LCA front, Parrikar says that the government has approved Rs 1,359 crore of setting up of an additional LCA production line, work on which will start in the next three months. “Increasing production on a particular IDDM (Indigenously Designed , Developed and Manufactured) product can generate a lot of business for the private sector,” adds Parrikar.

Last year, the Modi-led government allowed up to 100 percent foreign direct investment (FDI) in the defence sector. Elaborating on it Parrikar says, “We are looking at 100 percent FDI in areas where we don’t have expertise in.”

Tweets by @forbes_india
The right way to cry in front of your boss
AAI to spend $2.61 billion in airport upgradation: Civil Aviation Minister