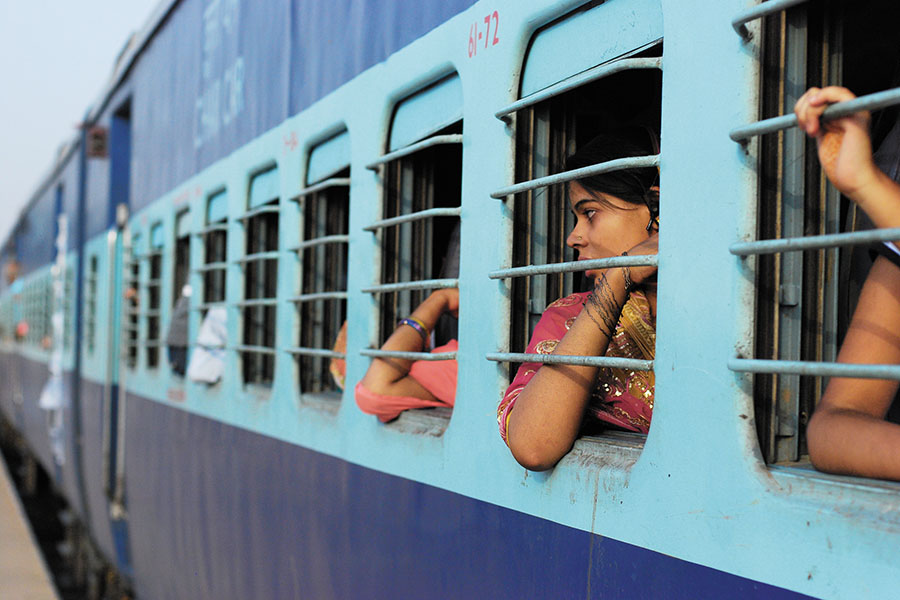 India’s 167-year-old railways is set for a major overhaul. According to a government plan, private operators will now be able to operate 150 trains on 100 select routes, providing everything from on-board services like entertainment and linen to catering, based on a revenue-sharing model with the government. Indian Railways will control everything else, including infrastructure, tracks and signalling. According to a draft plan published on January 7 by government think tank Niti Aayog, private trains running on a particular route will have a head start of 15 minutes over other locals on the same route. The maximum speed will be set at 160 km per hour and they will be able to have their own guards and crew. “This is the first step towards allowing more private sector participation in the railways,” says Vinayak Chatterjee, chairman of Feedback Infrastructure, a professional and technical services company. “Such a move will only reduce the burden on railways and bring traffic back,” he adds. The private entity shall be responsible for financing, procuring, operation and maintenance of the trains, according to the proposed plan. “It shall pay to Indian Railways pre-determined charges for haulage and any other payments as specified in the agreement,” the document said. The draft also suggests splitting the 100 routes into clusters and allows private operators to collect market-linked fares in addition to the flexibility of class composition and halts. “This is a model adapted across the world, such as in the UK, and it’s time for Indian Railways to follow suit,” adds Chatterjee. The decision comes at a time when the cash-strapped national transporter had decided to rejig the Railway Board through the merger of its existing eight Group A services into a central service called the Indian Railway Management Service.